I am not a wise man, nor have I ever claimed to be. Reading through my past editions of Old Work Truck Chronicles will prove that to anyone. Buying my 1966 Ford F600 was the first step down a hard, painful road. And then, after daily driving it for a while, I was convinced I needed another. So, I traveled more than 500 miles roundtrip to buy a '63 International Loadstar 1800. The results have been... mixed, to put it gently, but that's only partially the trucks' fault. The rest is all mine.

We'll start with the Ford. Last time I wrote about it, I was relying on the 55-year-old inline-six to get me from Point A to Point B every day. The engine itself is and pretty much always has been solid, but I spent months—yes, plural—tracking down a fuel issue. I took off the carb, replaced the steel lines to avoid vapor locking, relocated the fuel pump from the engine bay to under the cab and... nada. I'd make it to 50 mph, feeling optimistic and even making it to my destination every once in a while. Then it'd cut out completely, leaving me stranded with an 8,500-pound truck to drag home one way or another.

"What if it's the spark?" I asked myself. I then swapped the old distributor for a single-wire unit that got rid of the points and condenser, but as you'd guess, a breakthrough eluded me.

Finally, after unbolting the in-cab fuel tank and tracing from there to the carburetor, we found a 12-inch section of fuel hose hidden behind my brake booster that had totally collapsed. It was most likely original and almost certainly the cause of my headaches that involved several full days and a few hundred bucks trying to fix it.

I drove it a couple times after this, pulling hills and pushing the pedal to the floor, basically begging the fuel problem to return if it dared. Well, it inevitably happened again after taking it on a parts run to get spark plugs for the International. I was only a mile and a half from home and it wasn't long before a Lowe's delivery truck driver offered to tow me back. A real stand up guy, he was.

That made me feel even worse when his truck broke trying to push mine out of the way. He pulled me to the middle of the dirt road in front of my house, and he chose to push the Ford out of the way to save time, which was fine by me. The problem is, his Freightliner's bumper has breakaway ends that swivel and detach upon impact—after nudging up to my truck and pressing the throttle, the bumper bent back. He got out and tried to straighten it, only for it to let go when he was pulling, leaving him lying on his back in the middle of the road with a hunk of bumper on his chest. Yeesh.

We spent 20 minutes reinstalling his Freightliner's bumper in the rain. I agreed to give him a beer should he ever find himself in my neck of the woods again, preferably off the clock.

Luckily, the International was running well enough to push the F600 into my yard, where it's sat ever since.

It took a good deal of work to get the Loadstar in shape beforehand, of course. It ran great during my test drive as well as my first stroll around the block after bringing it home. Tragically, when parking it from said stroll, I shifted the two-speed rear-end while in neutral before turning the ignition off, causing it to hang up between high and low. When I got in it the next day, I started the trusty 345 V8 and shifted into gear, only for it to sit still. It would idle with the lever in position for first, second, third gear and so on with the driveshaft spinning as if to taunt me and my misfortune.

Following more hammer swings than I can count on the two-speed motor, it finally engaged and I was on my way. Something still wasn't right, though, as I sensed a major miss on at least one cylinder. It got so bad by the end of my drive that I coasted into our family's campground, the International's engine having died before I came to a stop. I then forgot to turn the key off before letting it sit overnight, burning up the points and condenser. After jumping it with my wife's car the next morning, I limped it home on what started as probably six cylinders and then depleted to three or four once I got home.

It sat parked for weeks after that.

I took it upon myself to replace the old points and condenser with a Pertronix electronic ignition unit, which was reasonably straightforward. I was off by one wire to start it up initially, so I tried too many times and killed the battery as well as the starter. Greaaaaat. Hopefully, you're starting to see my point, and rest assured I've learned from these teachable moments. I just wish each lesson didn't come with sorrow and despair, or involve a tow chain attached to another truck in front of me.

I've since got the International going and I believe it's in even better shape than when I first drove it. I replaced all eight spark plugs—you can see in the pictures below just how bad the old ones were—and I finally have a working truck that I can enjoy rather than stare at through my window. After a 30-minute drive Wednesday afternoon, I was left with a smile instead of a frown...a welcomed change.

I blame no one but myself for most of these hiccups, and I welcome the roasting I'm sure to get in the comments. I'm learning by experience and am confident I'll get it right one of these days. But I'm in it for the adventure. Somehow, I get the feeling all of this would be less interesting in a brand-new Honda Accord.

Caleb Jacobs is Deputy News Editor at The Drive. He buys weird things, like a '66 Ford dump truck, a '65 Chevy school bus and a '63 International Loadstar. We continue to employ him, though we can't seem to understand why. Send him a note: caleb@thedrive.com 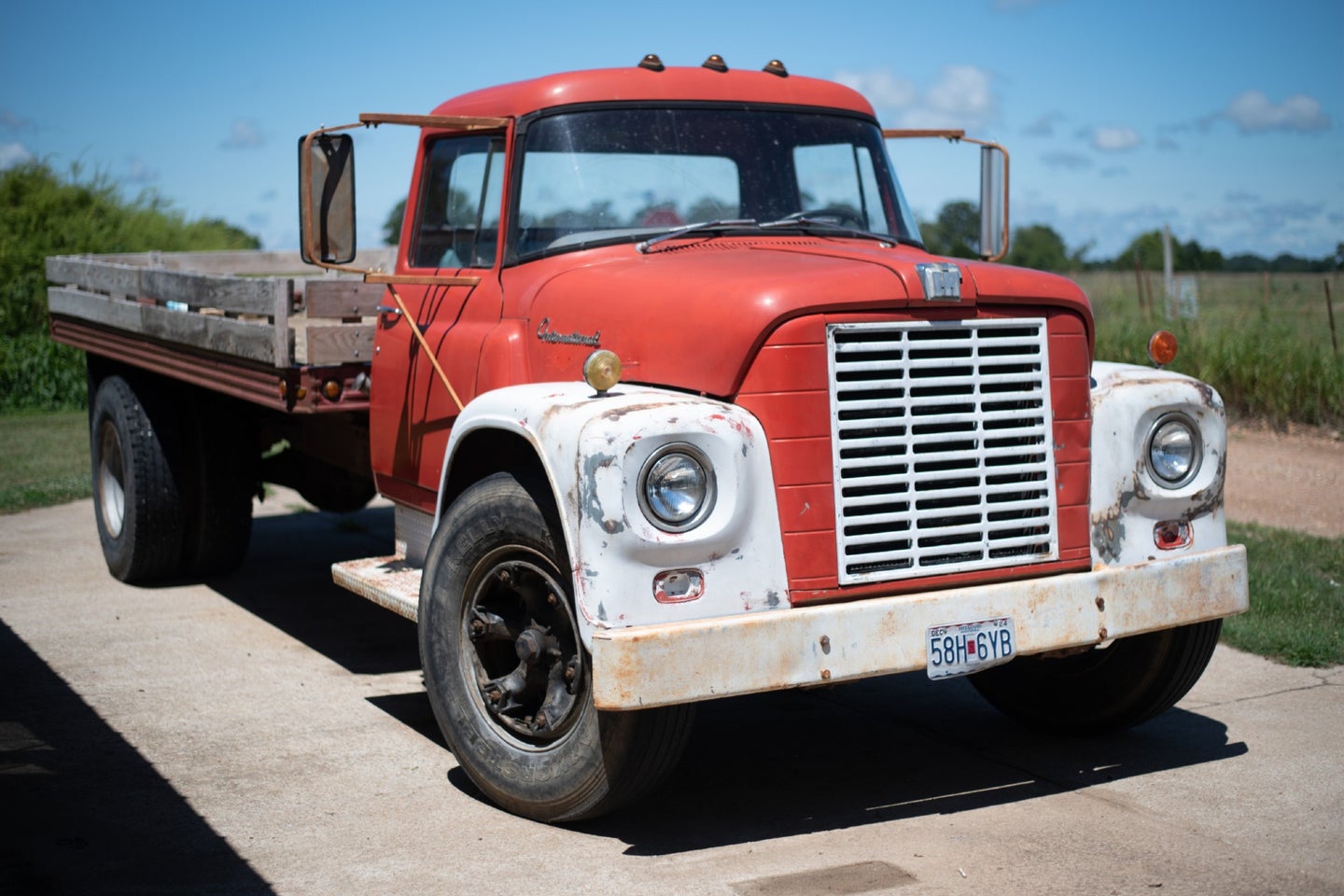 I Decoded the History Behind My 1963 International Loadstar Work Truck

I had to dig up a little more on where this rig came from and how it landed in my possession in 2020. 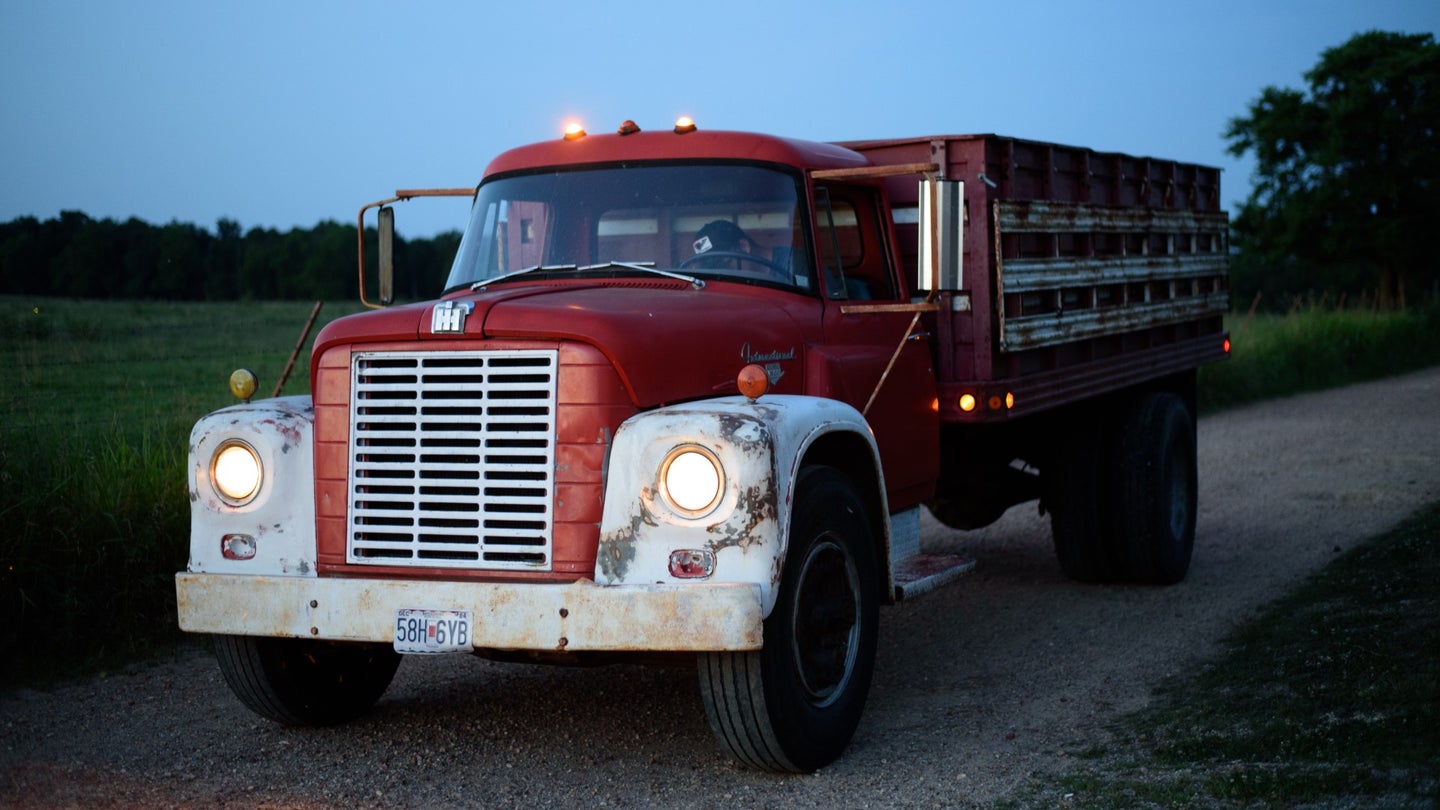 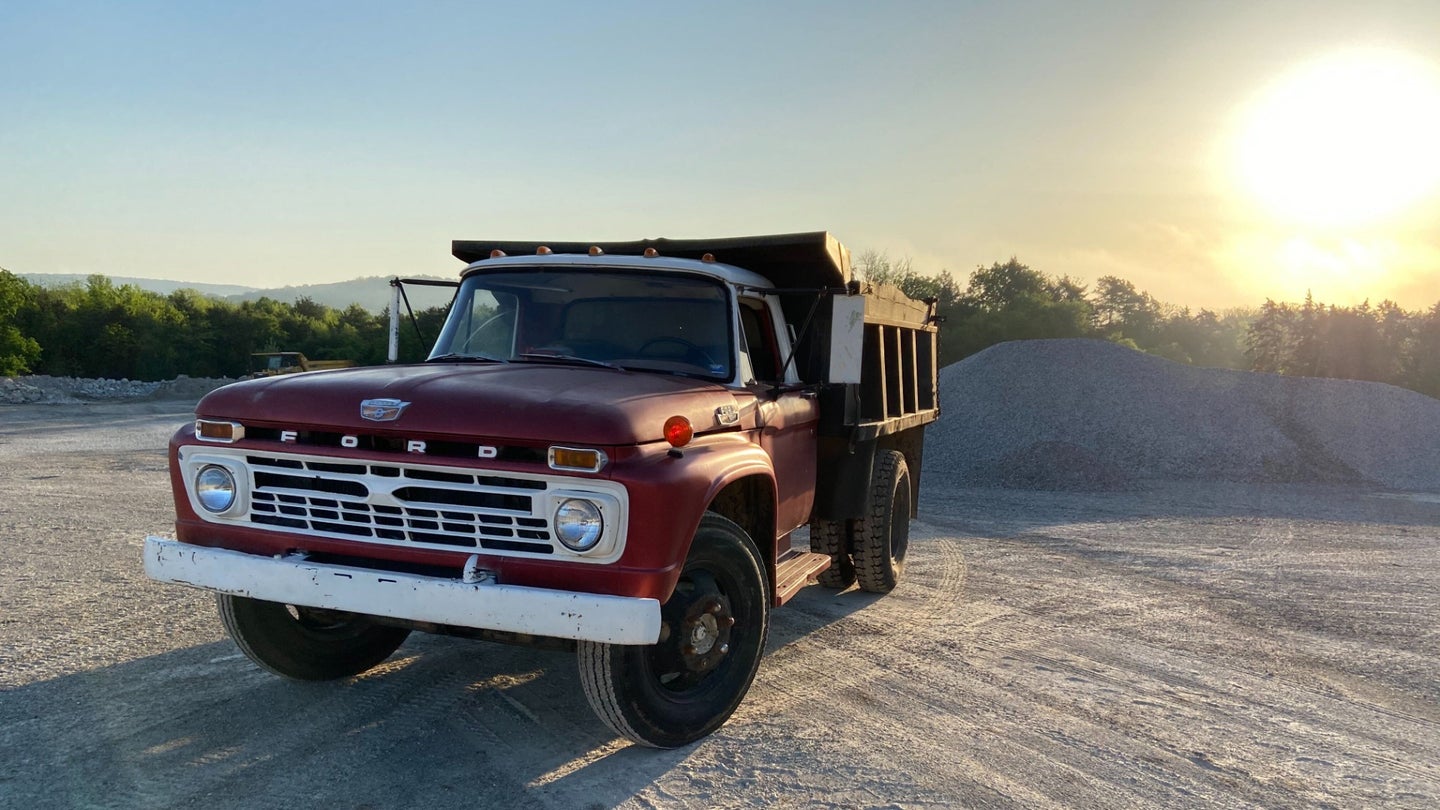 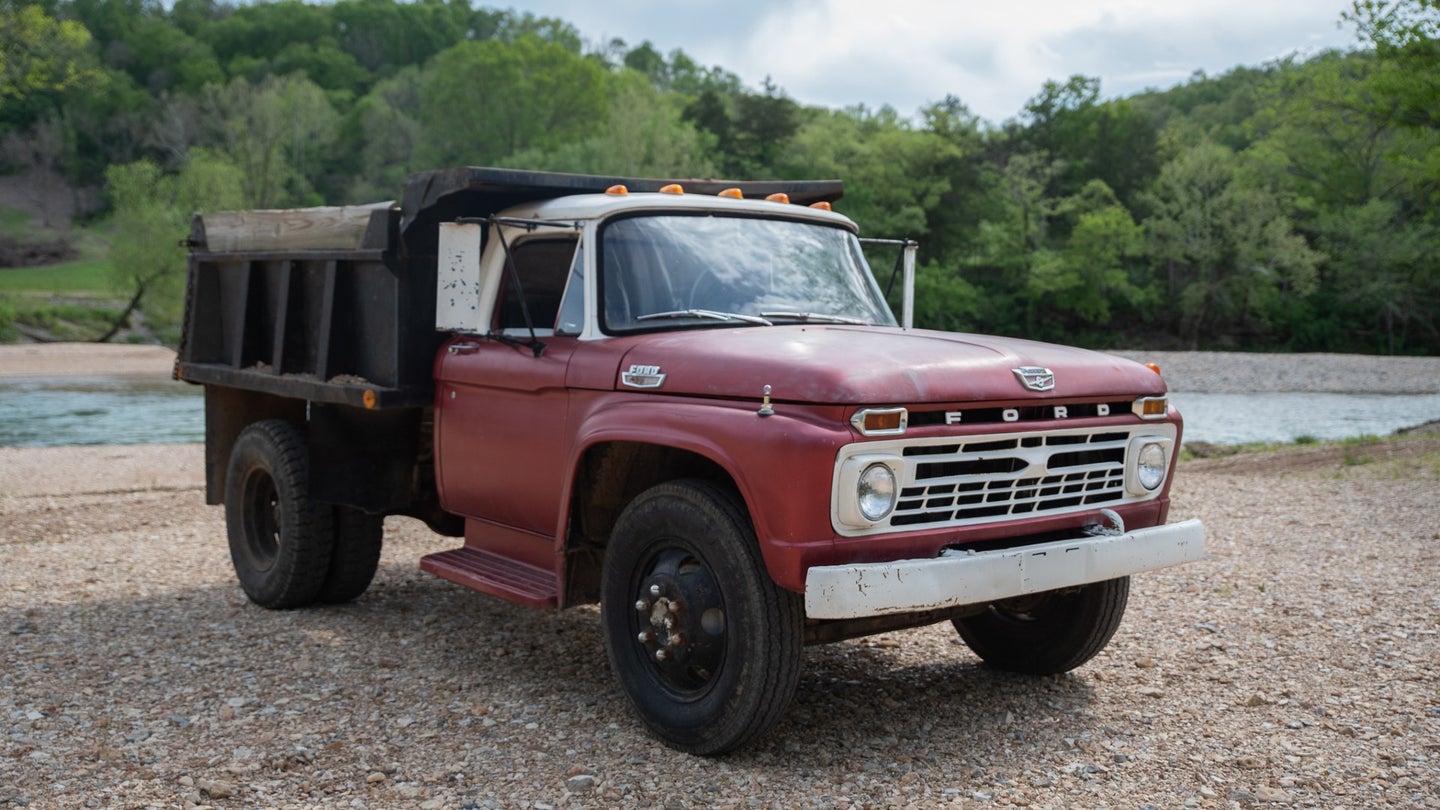 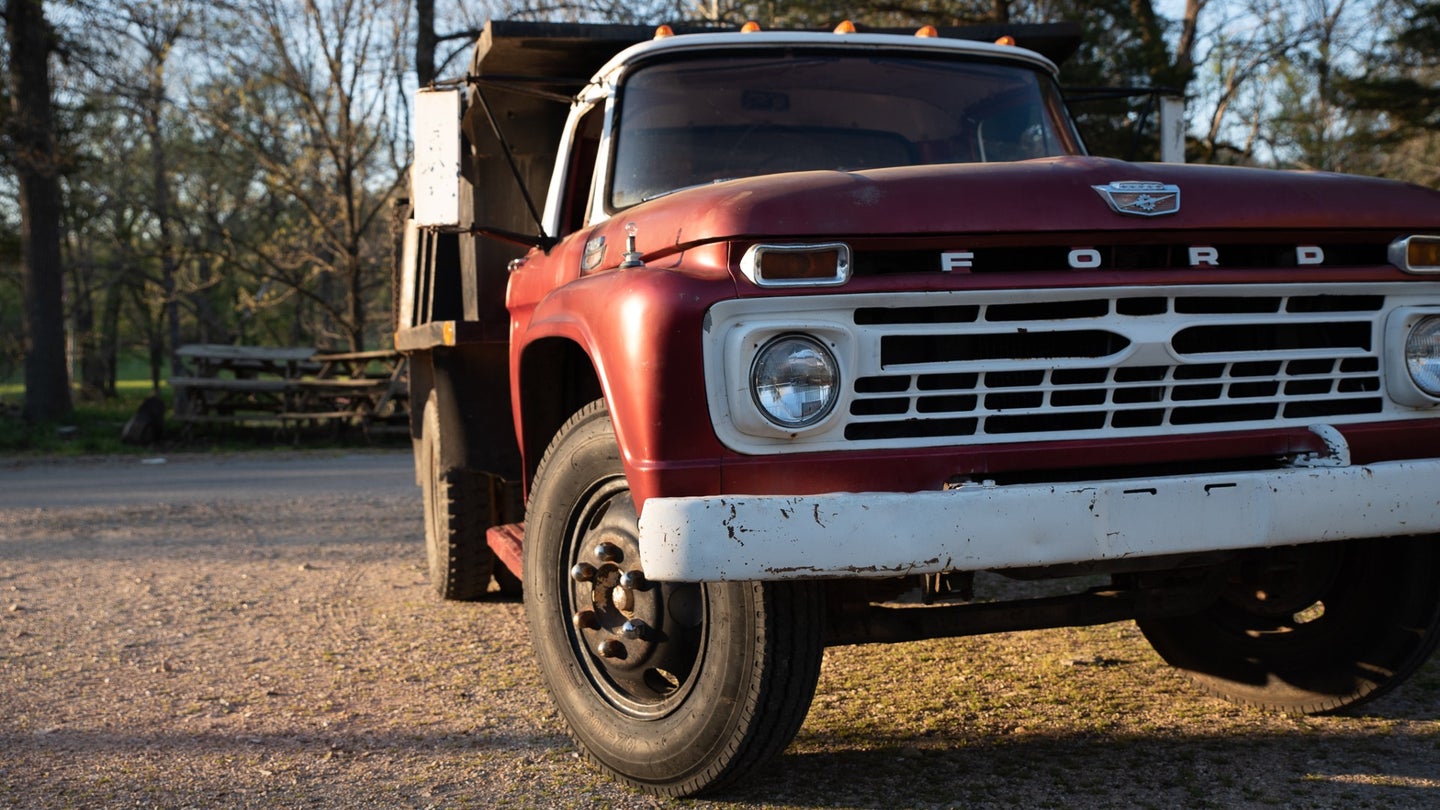