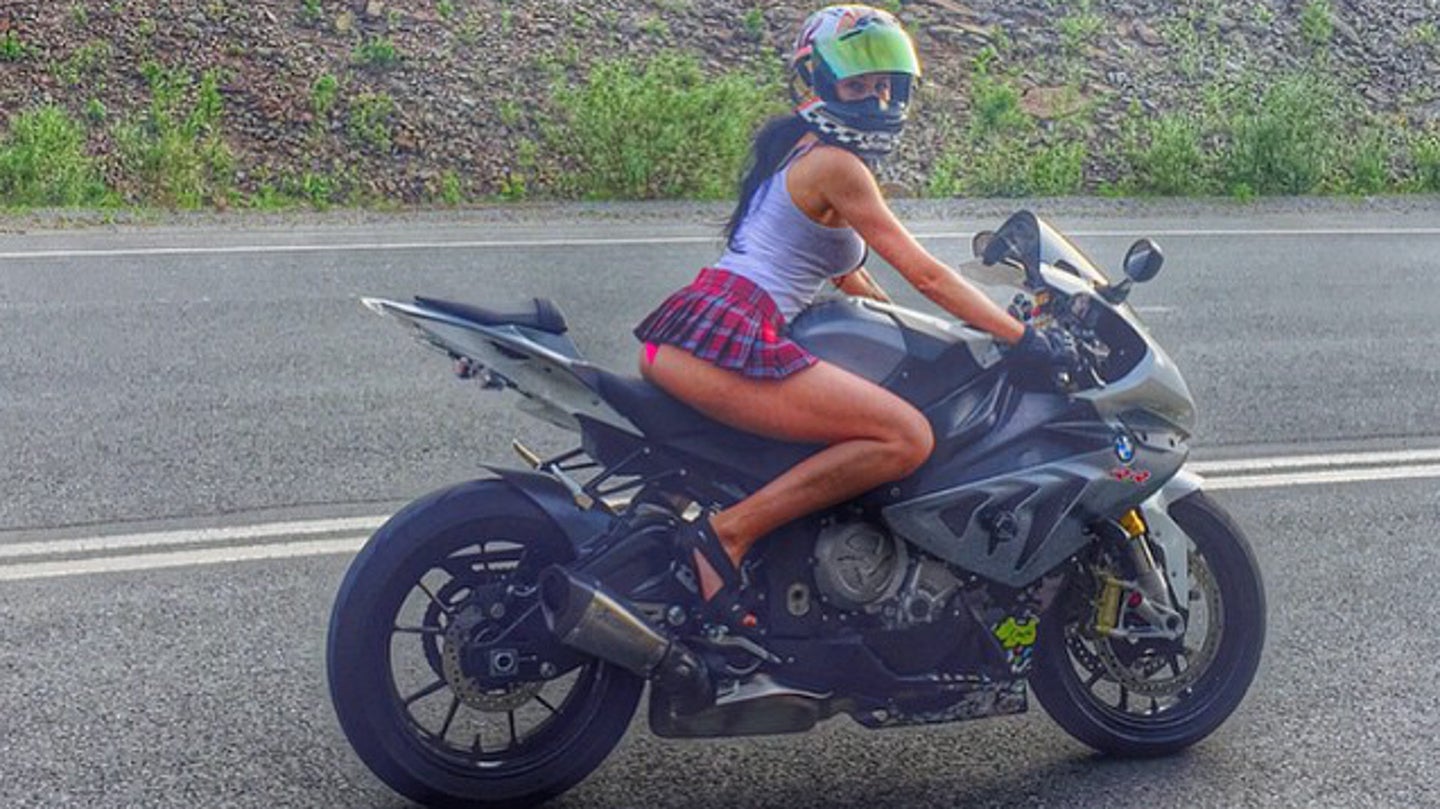 A woman who gained a reputation as the "sexiest motorcyclist" on Instagram thanks to her risque outfits and even riskier style of riding was killed in a high-speed crash in city of Vladivostok, Russia on Monday, according to The Sun.

40-year-old Olga Pronina, known to her followers on Instagram as "Monika," reportedly died almost instantly when she lost control of her BMW S1000RR while riding down a motorway in the early evening and struck the middle guardrail at high speed. Pictures obtained by The Sun show the bike was basically obliterated.

A friend who arrived on scene minutes later told The Sun that the force of the crash sent the BMW's rear wheel bouncing almost 2,000 feet further down the road. Another friend told The Sun that Pronina was "was breaching every rule of safety and riding at high-speed pretty often," adding that her death is "incredibly tragic."

Pronina had accumulated over 180,000 followers on Instagram, where she posted pictures of herself modeling with various motorcycles and videos showing her rocketing through traffic at speeds over 150 mph while wearing...well, let's call it insufficient protection for the task at hand.

In the caption for a clip posted on July 9th that showing her drinking coffee while riding through town then blasting down an open highway, Pronina wrote, "By the way, [doing] 250 [kph] and holding one hand is very uncomfortable. I do not recommend. But I got my adrenaline dose."

Another clip shows her leaning into high-speed turns while wearing jean shorts and no leg protection whatsoever. But she clearly didn't plan on giving up her daredevil ways, writing in that caption, "And I'm not at all interested in reading your morals...I'm a big girl, and I know what I'm doing. All good and take care of yourself!"

Police reportedly aren't considering Pronina's death suspicious, and her friends are still searching for the camera that was usually mounted on her bike.

It’s unclear who was at fault in the incident.