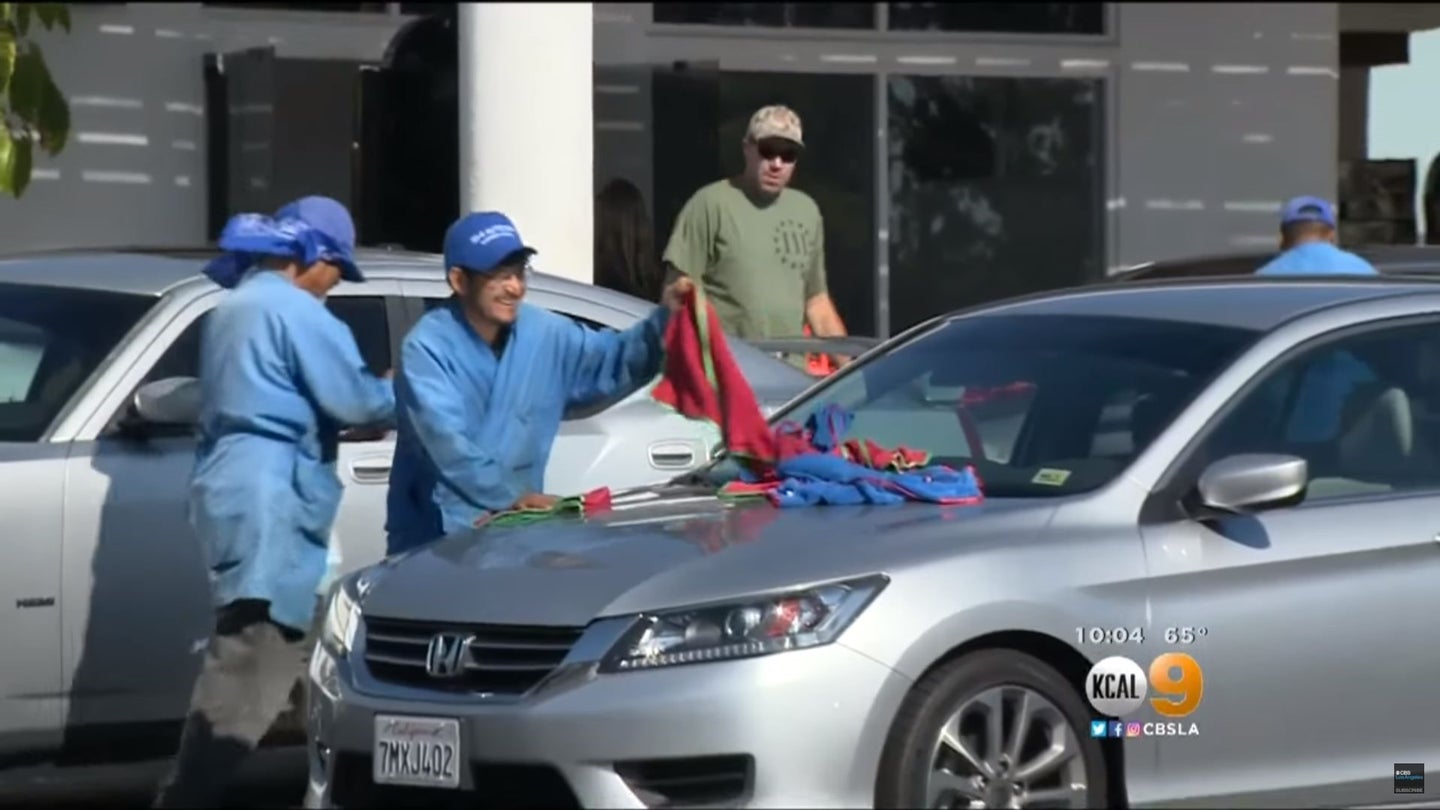 CBS Los Angeles reports that a woman’s car was stolen at a car wash in Simi Valley, California. Cheryl Piper dropped off her car to be washed and when it was done, it was picked up by someone else posing as the owner of the car. According to the Los Angeles Times, police say the thief “took advantage of an opportunity to illegally take a vehicle.” Piper watched her car drive away and asked the car wash staff about the whereabouts of her vehicle. That’s when they realized they gave it to the wrong person.

At some point, this criminal mastermind returned to the carwash after stealing the car to pick up her purse. That’s when she was arrested and subsequently booked into a Ventura County jail. In the brief time she had the car, Hendrix went through Piper’s stuff and had some snacks leaving crumbs in the car. So much for the car wash.

Luckily, Piper is able to laugh about the incident now. “As easy as it seems like this could be...you don’t ever see it happen,” Piper told CBS. She made it an issue about cell phones saying “if you look around how everybody’s always just on their phones, looking down, nobody’s looking up anymore. I was actually thinking to myself, ‘wow, I should tell my kids, again, you need to pay attention to what’s going on around you because you just don’t know. I just have to keep your eye on everything.”

So, I guess make sure you’re on high alert next time you go to a car wash. The LA Times says the car wash assured Piper “they planned to implement new policies and procedures.” If you’re worried about a car wash theft, consider washing your car at home.

The Drive reviews five of the best car cleaning kits, plus one set of cleaning tools. These are all great kits for your home garage or for giving as a gift. List includes products from trusted brands like 3M, Turtle Wax, Armor All and our favorite, Meguiar’s.

In which we pique your previously unacknowledged nostalgia for car-wash beauty pageants.