Workers endured long days without breaks and sometimes earned less than $4.50 an hour, according to the city attorney's office. 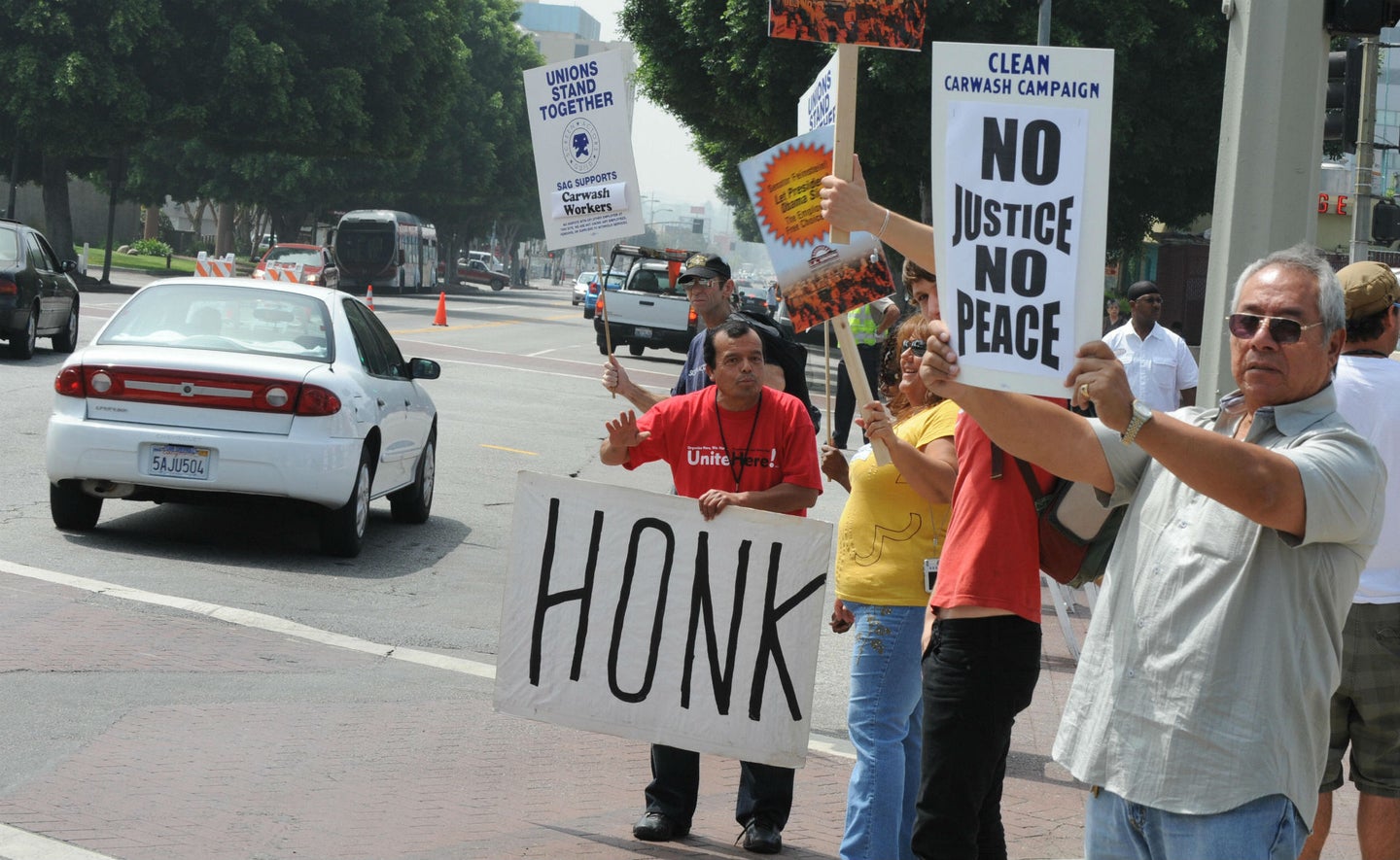 Workers at two Los Angeles car washes will receive thousands in back wages as the businesses and their supervisor agreed to pay more than $1 million to settle a wage theft lawsuit.

Local news reports that Silver Lake Car Wash and Catalina Car Wash, along with their primary supervisor, Yoosef Aminpour, have agreed to pay $1,084,972 in restitution to those they employed from early 2014 to June of this year. The defendants also agreed to pay over $519,000 in civil penalties and nearly $36,000 in litigation costs. They will be placed under a four-year injunction to compel compliance with all applicable wage and hourly pay laws and regulations.

The Los Angeles attorney’s office lawsuit alleged that the car washes underreported the work hours of about 60 employees and didn't provide them with the boots and gloves they needed to do their job. The suit said the defendants paid employees as little as $45 for workdays stretching 10 hours or more, with no overtime pay or breaks. The Federal minimum wage is $7.25 an hour. Los Angeles, with its high cost of living, sets rates at $13.25 an hour for companies employing 26 workers or more, and $12.00 an hour for smaller employers.

Wage theft is all too common amongst Californian car washes. This July, a car wash kingpin accused of stiffing hundreds of his employees agreed to pay $4.2 million in back wages and penalties.

The California Labor Commissioner’s Office, the Bet Tzedek Employment Rights Project, and the Community Labor Environmental Action Network worked with the attorney's office on the settlement.