The bipartisan effort claims that doing so would save approximately 1,115 lives each year. 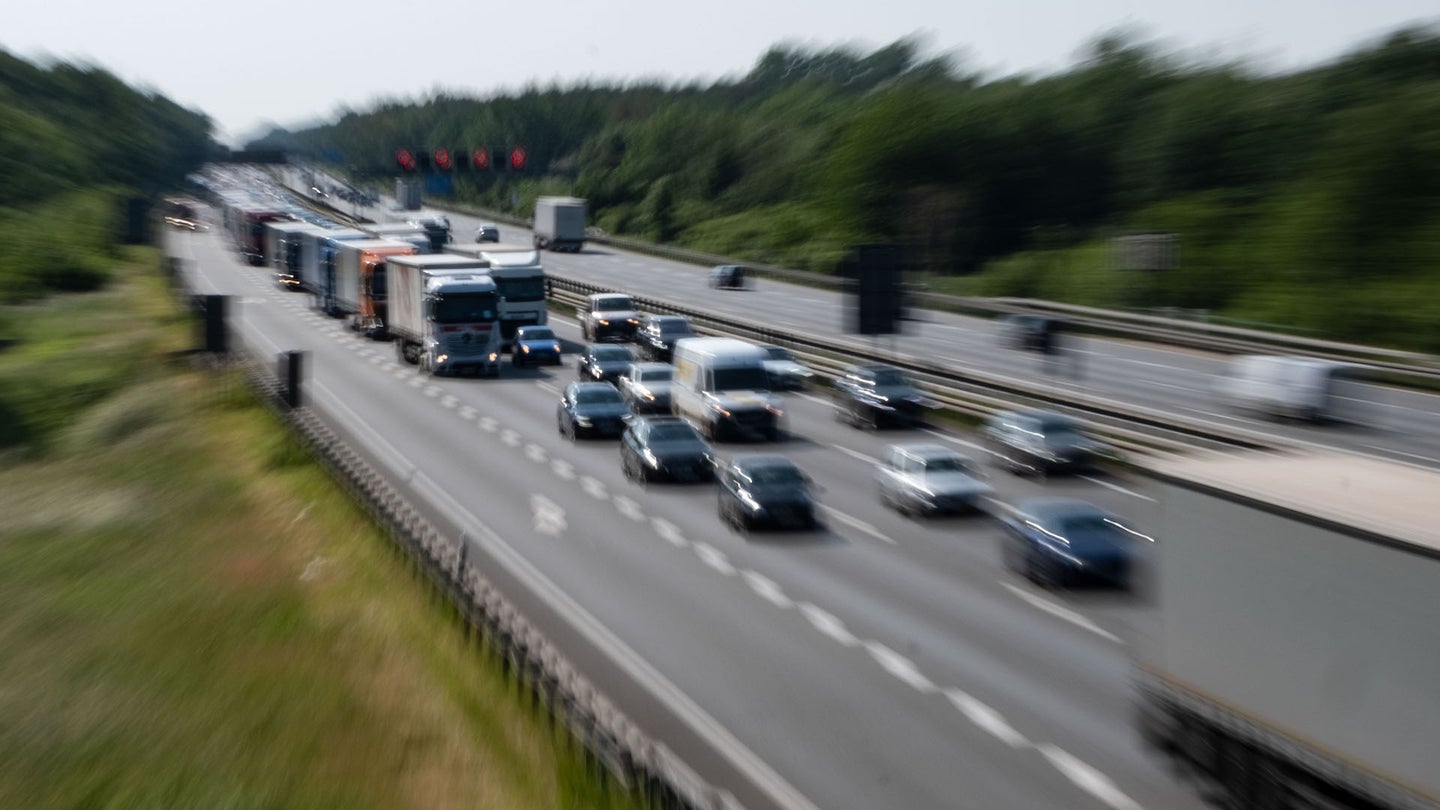 A new bipartisan bill introduced by two United States senators would require the speed of all new commercial semi trucks to be electronically limited to 65 miles per hour.

The legislation, coined the Cullum Owings Large Truck Safe Operating Speed Act of 2019, would require manufacturers to fit brand new tractor-trailers with electronic speed limiters that would prevent the trucks from traveling at speeds above 65 mph. The regulation would also extend to trucks with existing speed limiters already installed, but would not require retrofitting unequipped trucks with the technology.

“The majority of trucks on our roads already have speed-limiting technology built in, and the rest of the technologically advanced world has already put them to use to ensure drivers follow safe speeds,” wrote Senator Isakson in a statement announcing the bill. “This legislation would officially enforce a long-awaited speed limit of 65 mph on large trucks and reduce the number of preventable fatalities on our busy roadways.”

The Department of Transportation says that a regulation that requires speed limiters would save lives and have a minimal cost associated with its implementation. In fact, the DOT predicts that such a rule could prevent an estimated 1,115 fatal crashes annually that involve Class 7 and 8 trucks at highway speeds.

But not all organizations are in favor of regulating the trucking industry with speed limiters; some believe that such a regulation would create additional traffic bottlenecks and even more safety concerns than if it were to remain otherwise unregulated.

“Speed limiting trucks leads to more traffic interactions, which increases the likelihood of crashes,” said spokeswoman Marie Gordon. “Most truck-related crashes occur on roads where the posted speed limit is under the speed in proposed mandates.”

Isakson implies that the bill will force the hand of the DOT to regulate the industry after delaying a proposed speed limit rule upwards of 20 times since 2011. Furthermore, it would go above the current written rules published by the Office of Management and Budget and require trucks with existing speed-limiting technology to adhere to the 65 mph speed restrictions.