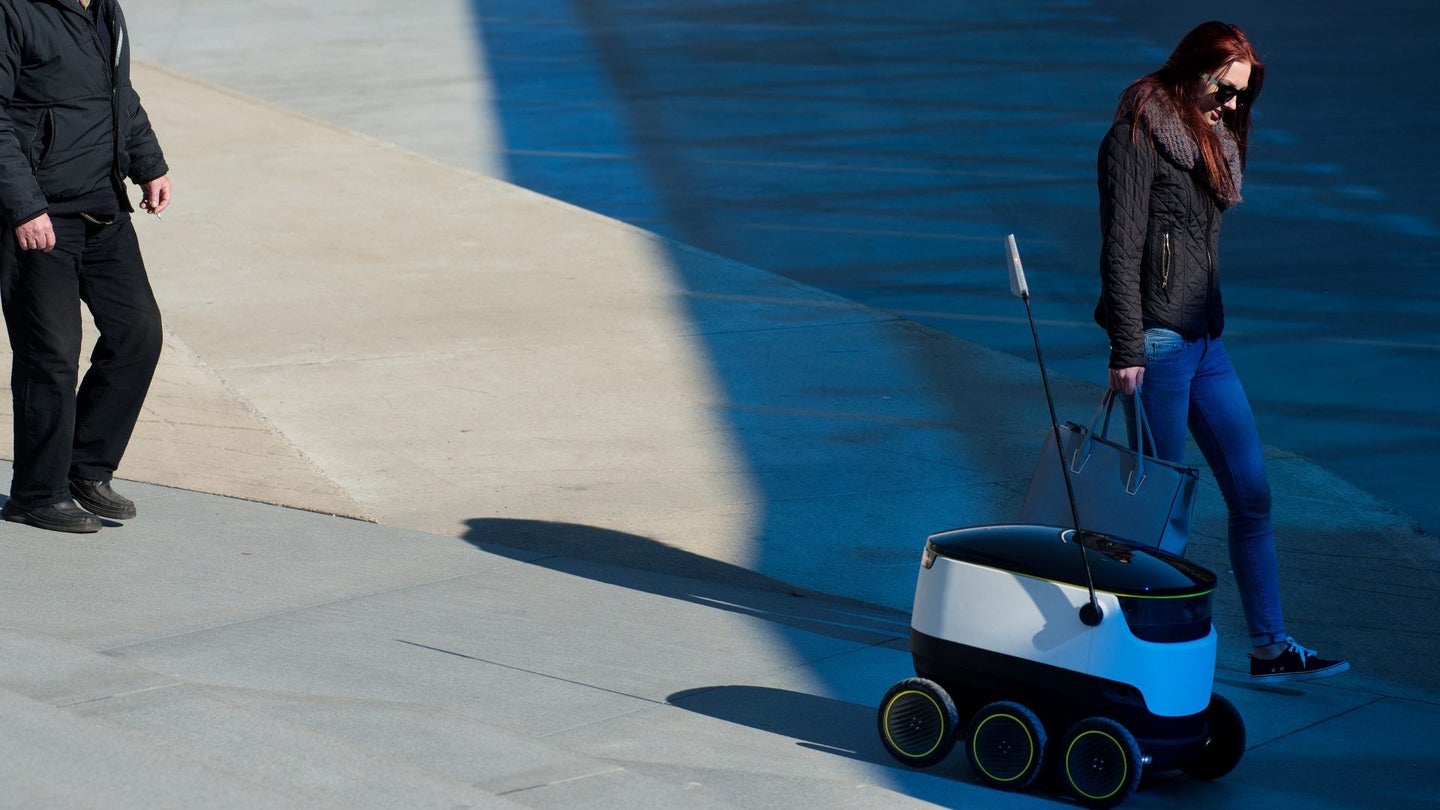 Logistics is multi-trillion-dollar global business, and FedEx is investing in autonomous technology to grow its market share—currently at a staggering 22 percent of the global package delivery market. However, unlike competitors UPS and Amazon, both of which are turning towards the sky for next-generation delivery solutions, FedEx is betting on ground vehicles rather than drones to streamline, automate, and expedite the supply-chain industry.

FedEx chief information officer Rob Carter thinks that autonomous vehicles make more sense than an Unmanned Aerial Vehicle (UAV) for automated deliveries, according to MIT Technology Review. Rolling vehicles like vans or robots are more energy-efficient than levitating drones, which, as he noted to the publication, typically have a maximum cargo carrying limit of five pounds and a 50-mile flight range. Another advantage over drones is that ground transportation doesn't have to contend with Federal Aviation Administration regulators to gain approval for flight paths. FAA-approved flight paths require companies to maintain a clear line of sight with their UAVs, and avoid flying over busy streets or pedestrians, which rules out operation in most dense urban centers.

Rather, autonomous vehicles offer FedEx a clearer and less risky roadmap towards increased profits. To start, it's partnering with startup Peloton Technology to test self-driving tractor-trailer platoons. Peloton's platoons follow a lead vehicle that uses vehicle-to-vehicle communication technology to control the drive systems of the trucks in its caravan, which reduces wind resistance and, therefore, fuel costs.

A Hybrid Approach May Work

FedEx is also partnering with Volvo Trucks, Freightliner, and Daimler to explore emerging technology, according to the article. Daimler has made an investment in logistics start-up Matternet, and together they're collaborating on a logistics service that uses autonomous vans as mobile launch pads for drones. The proposed solution would use Daimler's driverless vans to navigate to designated delivery areas for commercial customers, plus launch drones from their roofs to deliver packages to Matternet's pre-registered landing pads.

That's the type of autonomous technology that could work for Carter, who thinks fixed-wing drones that travel set distances from specific departure- and receiving points could be feasible for commercial deliveries. But overall, the executive favors rolling couriers to flying ones, and argues that they provides the most seamless experience for customers who are already used to delivery drivers and postal workers dropping off packages.