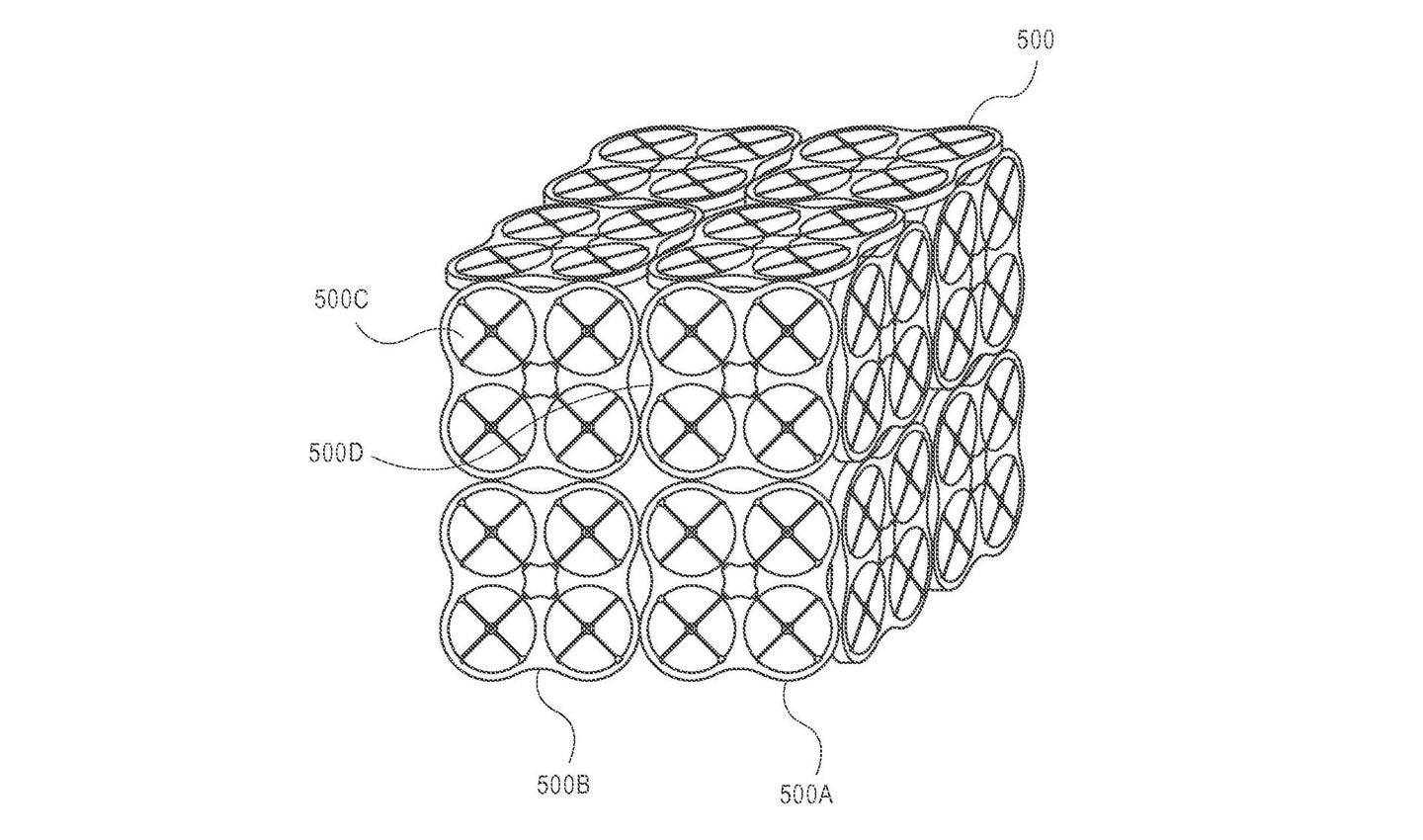 One bee by itself is weak; a hive can wreak havoc. That looks to be guiding principle behind a new patent by Amazon, approved in December and uncovered this week. The online retail titan’s plans include a sort of drone hoard, where unmanned aerial vehicles join up in a mass configuration, then split off as need be. This phalanx, according to the patent, could “aerially transport virtually any size, weight or quantity of items.”

The drone mothership concept is strange, slightly creepy, and potentially brilliant. One of the biggest hurdles in drone deliveries is payload—namely that larger packages require more powerful drones. Instead, Amazon posits, why not just add more drones? Multiple unmanned aerial vehicles linked together could deliver heavier packages first, then break up into smaller groups to deliver medium-weight packages, and so forth.

The patent also mentions that, while decoupled, the drones would use “wireless general data networks, such as a Wi-Fi, satellite, and/or cellular networks” to communicate. So, with smart enough algorithms, Amazon could use hyper-efficient flight patterns, linking up drones as needed according to payload, destination, proximity, etc. Major logistics gone aerial.

The drone mothership revelation comes just weeks after another patent filing showed Amazon’s plans for “airborne fulfillment centers”—blimp warehouses that hover 45,000 feet over cities, deploying drones to deliver items to the homes below. Of course, none of this is being put into action (yet.) But CEO Jeff Bezos has been on about drone delivery since his “60 Minutes” interview three years ago, and he’s not quitting. Self-driving trucks, automated warehouses, now “airborne fulfillment centers” and “collective unmanned vehicle configuration.” They’re all pieces of an entire future retail ecosystem that Amazon envisions.

Is that the retail ecosystem you want? Comments section below.