All it takes to break a world record is a 900-horsepower truck. But having a ghost town helps. 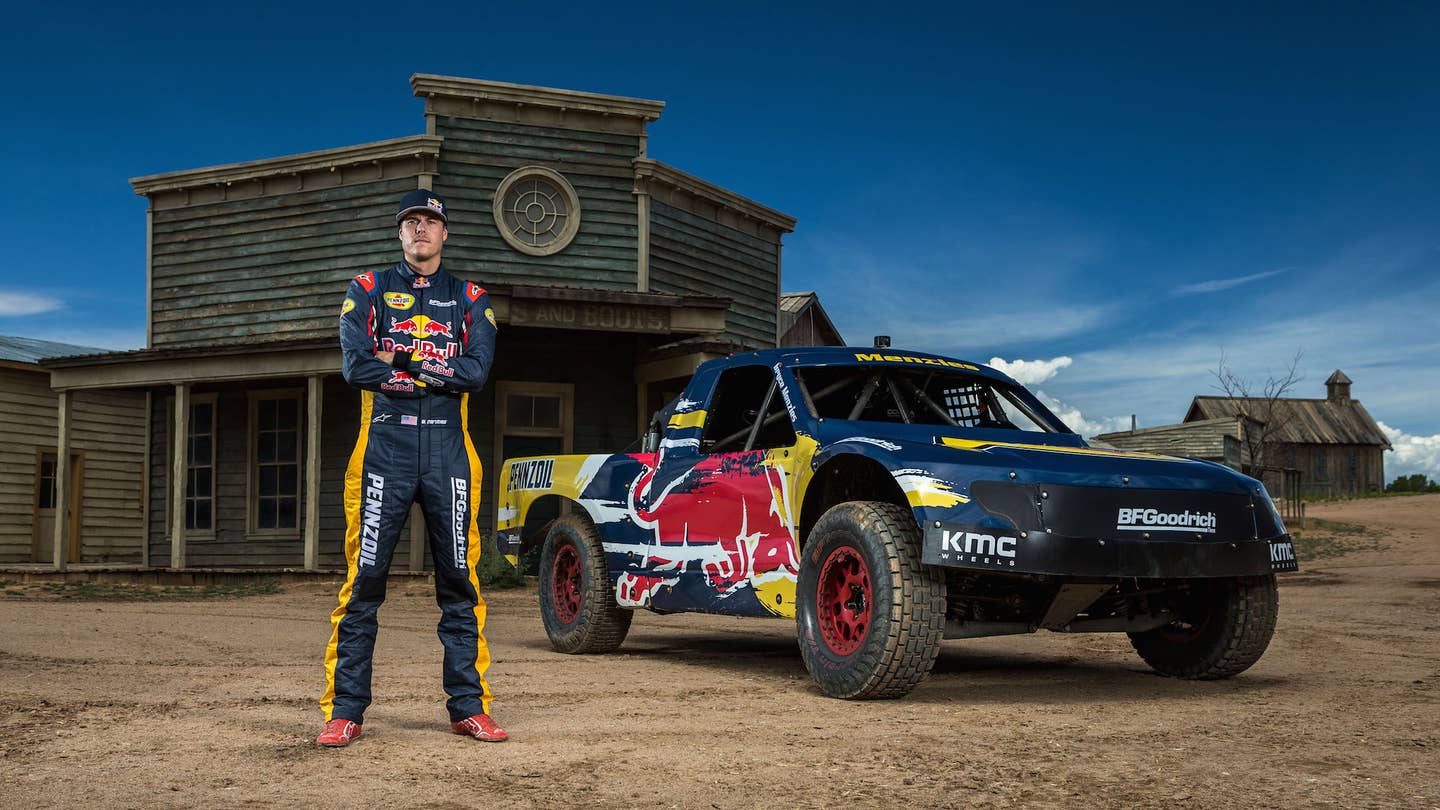 Especially in the age of YouTube, when most videos are seen at a dimension formerly reserved for Polaroids, a stunt needs context. Take when Red Bull’s Bryce Menzies jumped 379 feet in his 900-horsepower Pro 2 racing truck. Sure, that distance beats record by almost 50 feet, but that bus-length of victory won’t really strike viewers watching on iPhones. That’s why Red Bull and Bryce Menzies set up a jump that spans an entire Western ghost town in New Mexico.

Menzies's world record only came after much testing and modification. Months ago, at an unnamed test facility outside of San Diego, Red Bull, Pennzoil and Menzies’ crew began working out inital suspension set-ups and aerodynamic tweaks—remember, this is a flying truck. Satisfied, the team then converged on a New Mexico ghost town to construct and test the ramps.

Sadly, Red Bull had to cancel its live televised version of the jump after Menzies crashed, wrecking his truck and fracturing his shoulder. Thank goodness, then that the cameras were running when Bryce netted his 379.2-foot world record during that qualifying run.

In the truck's-point-of-you video, it's easy to see just how much speed is required to launch a truck the length of a football field, plus twenty feet. From a distance, a tall plume of dust. The early morning sun glints off a fully-compressed suspension that, as it leaves the flight ramp, releases like a spring, tossing the truck skyward. Menzies revs the engine and keeps the wheels spinning in flight, so the truck glides at landing instead of tumbling. He touches down, and pops a victory wheelie.

Drive Wire: Watch Roberta Mancino Fly Over A Volcano In A Jumpsuit

We go to VORE in Las Vegas to learn some high-flying technique.