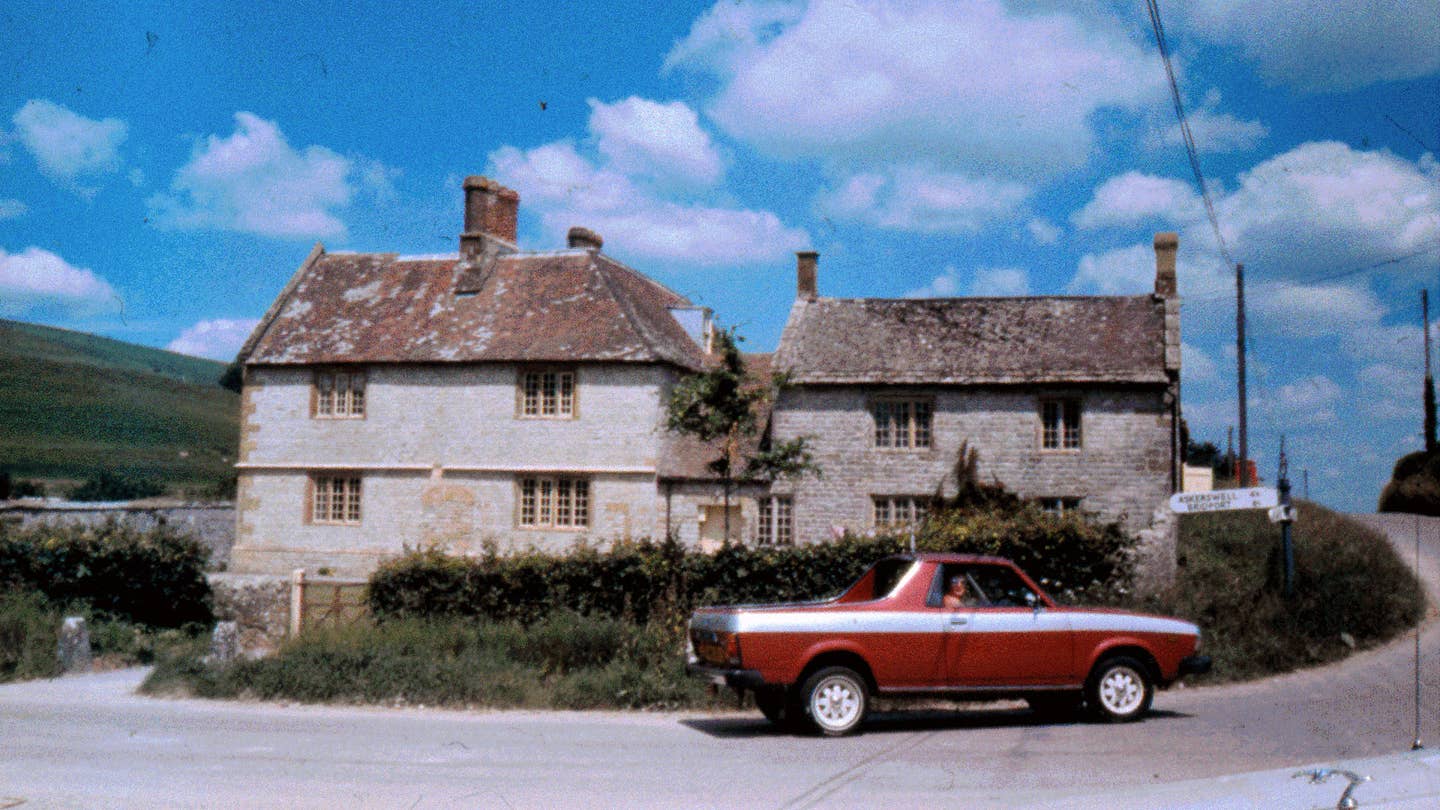 If you defined pickup trucks only through contemporary truck commercials, you’d glean this: pickups are massive. That, and driven exclusively by men who use them for work like construction, forestry, cattle ranching, farming, and general mud-slogging. Even the Honda Ridgeline, a very nice truck based on the ultra-demure Honda Pilot pseudo-minivan, ran a Super Bowl ad with a shepherd and a flock of sheep, albeit sheep singing “Queen.” Ain’t no mountain high, valley low, or river wide enough that a high-dollar ad agency won’t send a full-size, mud-splattered Chevy Silverado over or through.

So, while the meek might get the earth eventually, the big, bad, and aggressive are dominating the pickup truck culture wars right now. Today, Chevrolet, GMC, Nissan, and Toyota all sell versions of what were once “small” pickups—now, “midsize,” as the F-150, Titan and Silverado have ballooned. Where’s a small-pickup enthusiast, he or she of the single bag of potting soil, dirty but compact hound, or antique grandfather clock, to turn? The vintage market. Those in search of a truly efficient and small-scale bedded truck have dozens of options, as long as they’re content with Craigslist as a local dealer. Here are our dozen favorite actually compact pickups, from Model T to Jeep Comanche.

Just because the market has left small pickups behind doesn’t mean you have to.

On April 25, 1925, the Ford Motor Company introduced its first pickup truck based, of course, on the Model T. Its full name? The Model T Runabout with Pickup Body. The price? $281, with an electric starter, battery, and demountable tires optional extras. With a small but useful 56-inch long bed, the Model T truck sold almost 34,000 its first year.

Sharing an endearing face with the Datsun 410/411 sedan, the Datsun 520 used a 1.3-liter, 67-horsepower engine to ferry light loads. While later versions came with as much as 95 horsepower and extended beds, we prefer the truly diminutive 1300 original.

Based on the Mazda B-Series Truck, not the Rotary, the Ford Courier was one of the decade’s most successful small trucks. Licensed from Mazda, Ford began selling the Courier in response to unexpected demand for small trucks, especially in California, plus a need to replace the car-based Ranchero. Despite having a $3,000 base price close to that of the full-size Ford F-100, the Courier sold well.

The Rotary Pickup is the world’s first, last, and only Wankel-powered production pickup truck. And while the high-revving, low-torque characteristics of a rotary-engine might seem at odds with the duties of a pickup, contemporary testing found the truck more than adequately powered. While 15,000 trucks were sold over a three-year run, the REPU (Rotary Engined Pickup) was highly susceptible to rust, meaning most good examples now live exclusively on the West Coast.

Besides a wild shape, the Subaru BRAT had several other features found in no other small pickup: all-wheel drive, a T-top roof, and rear-facing seats welded into the bed. A turbocharged engine offered almost 100 horsepower. Also, Ronald Reagan owned one.

Sure, a Golf-based pickup isn’t the most heavy-duty truck in the world—in fact, it might be the least—but with a curb weight under 2,000 pounds, a 62-horsepower engine, and standard Golf suspension, it's efficient and sweet-handling. Smart buyers might try and wrangle a GTI lump into the engine bay.

Not since the Model A had an American manufacturer offered consumers a convertible pickup truck. Then, in 1989, Dodge rolled out the Dakota Convertible, a partnership with the American Sunroof Company. With a roll-bar and a bed for equipment, the convertible ‘Kota rivaled even the venerable Jeep Wrangler as a beach mobile.

The Syclone was one of the weirdest cars of the Nineties. Based on the Sonoma, itself a rebadged Chevrolet S-10, the Syclone used a turbocharged 4.3-liter V6 and all-wheel drive to leap to 60 mph in 5.3 seconds—blazing for a truck, and faster than many contemporary sports cars.

Oh, she’s pretty. The Comanche was a Cherokee-based small truck sold from 1985-1992, sharing parts like the all-wheel-drive system, styling, and, eventually, the famous 4-liter AMC V6. Get the “Eliminator,” a sport trim with excellent decal graphics.

The Toyota Hilux is famous for being one of the world’s most indestructible pickups. In 1989, North America got the model’s arguably best iteration: The Xtracab with the 3-liter V6. That year, it won Motor Trend’s 1989 Truck of the Year. How could you not love a truck so good, but so unpretentiously named?

The Ranger has never been the best small pickup, but if you’re buying used, the model offers a boon: there are thousands and thousands of the things. Later models offered a 200-horsepower V6 and a five-speed, good for all kinds of climbing and light towing. They’re handsome, too, in an anonymous, American way.