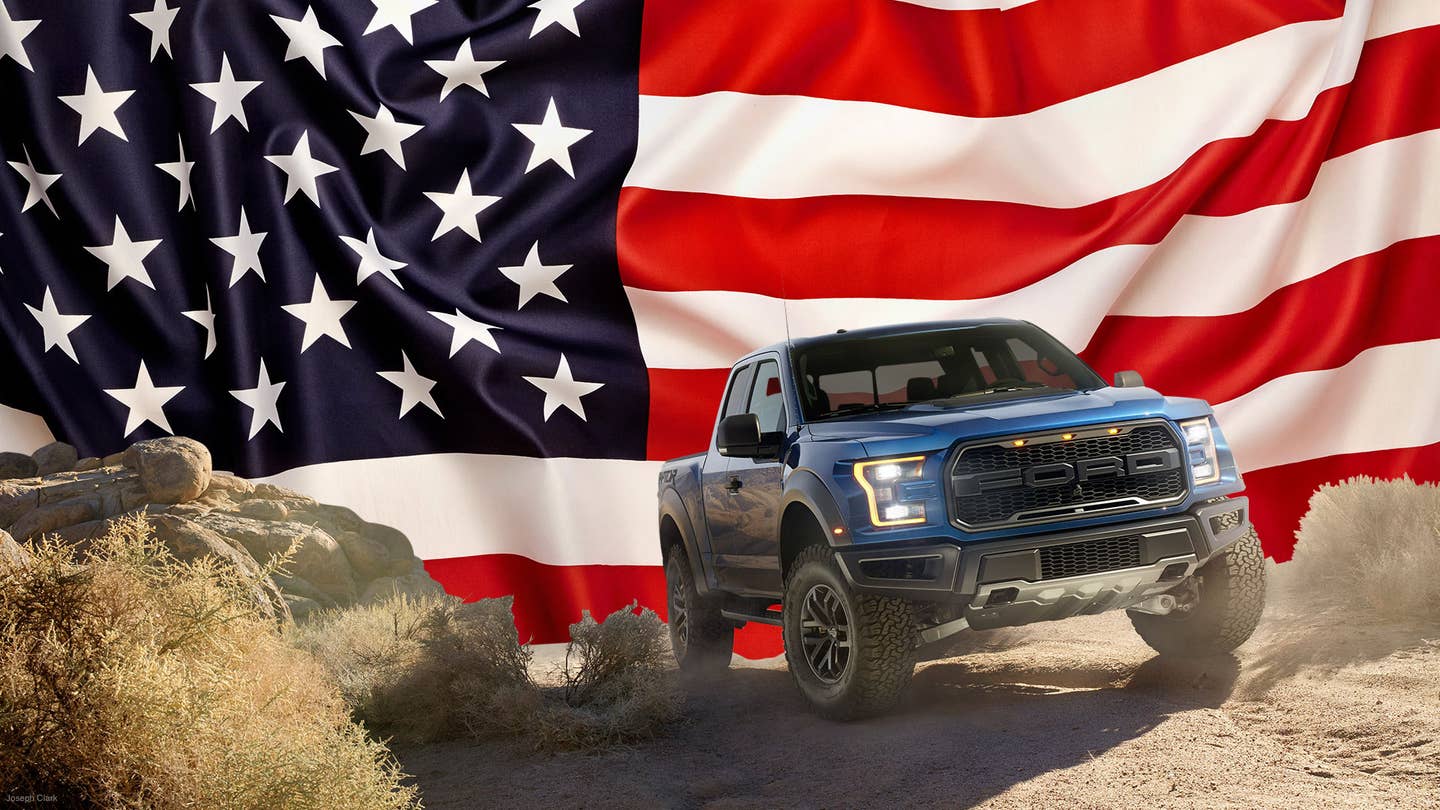 Q:   Why do Americans love pickup trucks? They ride badly, they use vast amounts of petrol and they’re enormous. Ye Yanks are insane!—Rob Berbaron, Somewhere in Great Britain

A:   Go way back to the dawn of the 19th century, around the time Thomas Jefferson was sworn in as the third U.S. president in 1801, and fully 95 percent of Americans lived on farms. While these were rather large farms by that era’s standards, they would be considered small family operations by today’s big-ag standards. Dispersed all over the countryside, these businesses communicated, traded and transported virtually everything using one-horse wagons.

A century later about 35 percent of Americans were still living on farms. But while the country was more urban, most businesses still relied on one- or two-horse wagons. And “urban” didn’t necessarily mean New York or Detroit, but thousands of small towns and cities where there was no public transportation, few paved roads and much of the economy still depended on the surrounding ranches and farms.

In a country as huge as contemporary America—comprising more than 3.8 million square miles—the efficient transportation of goods and people is what binds us together. So when the first factory-built pickup appeared, the Ford 1925 Model T pickup, it was a revolution in how the country worked and lived. Suddenly trips that took all day only took a few minutes. Maximum loads went up from a few hundred pounds to a thousand or more. Thanks to headlights, the workday could extend into the night.

The pickup truck was a big deal then. And it’s still a big deal now. Take a trip across the country and look at how many white F-150s, Rams and Silverados there are—each with the name of some small business stenciled on the doors. Business formation is still easy in the United States; we don’t have a tradition of aristocracy and manor lords; and the first tool those businesses rely on is a pickup truck.

America replaced its working horses with trucks of all sorts almost instantly. We built our roads wide, long and straight for efficiency, and rapidly developed an infrastructure of fuel stations, parts outlets and service shops to supersede the feed stores, barns and corrals that once supported the horseflesh industry.

This was not happening in the rest of the world, where the roads were convoluted and ancient, the traditions discouraged entrepreneurship and the infrastructure was slower to develop. During World War II Hitler’s vaunted Wehrmacht still used horses to transport, assert some historians, up to 80 percent of their supplies. In contrast, the American army had so many GMC CCKW Deuce-And-A-Half trucks, Dodge WC-Series half-ton trucks and, or course, MB and GPW Jeeps that a lot of our guys never wore out a pair of boots.

Because of their importance to the economy, trucks are sort of a protected class of vehicles. As emissions regulations stiffened on cars during the Seventies, trucks were held to laxer standards. Corporate Average Fuel Economy (CAFE) goals for trucks have never been as aggressive as they have been for cars, and gas-guzzler taxes have rarely applied. In 1991 Congress passed a 10-percent “luxury tax” on new cars costing over $30,000, but didn’t apply it to trucks.

So during the Nineties manufacturers started loading up their pickups and full-size SUVs with luxury features. With gas cheap, the luxury pickup and SUV market boomed. There was never much stigma in America to driving a truck rather than a car. By the time the 21st century arrived, trucks were status symbols.

America had already adopted the pickup truck as the standard tool of commerce and play by the time Ford introduced the half-ton F-150 SuperCrew four-door pickup during the 2001 model year. Today virtually all consumer pickup trucks are family-friendly four-doors. Whatever advantages the sedan once had over pickups had been obliterated.

While the luxury tax faded away in 2002, America wasn’t about to abandon pickups for cars. Today many SUVs have mutated into more efficient crossovers, but pickups are available in more varieties than ever before. And they’re bigger and more popular than ever, too.

Today only about 3.1 million Americans—one out of 100—is a farmer. But the pickup truck, built to replace the farmer’s horse, has re-created America in its own image. Of course we love it.