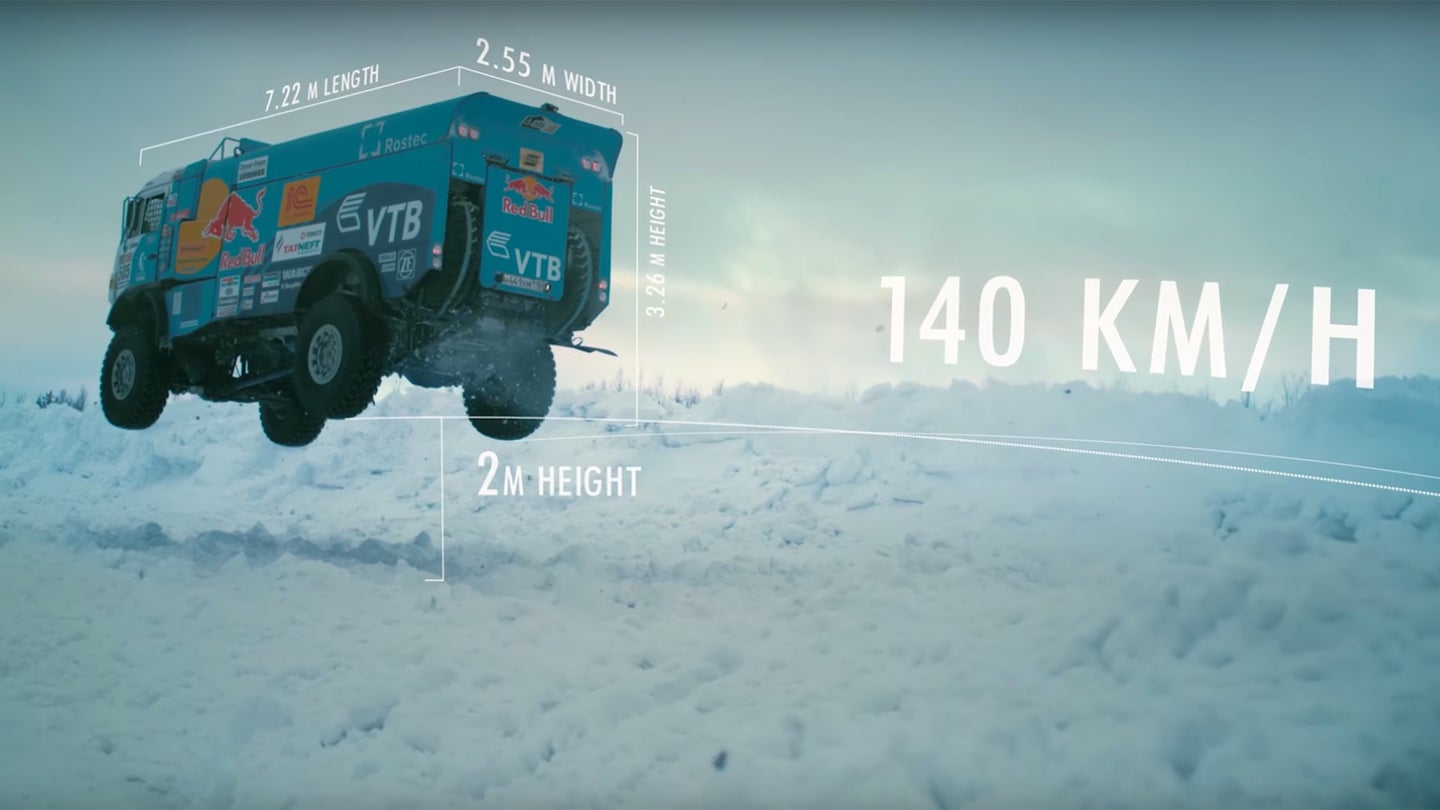 We've said it before, and we'll probably say it again: We're totally jealous of the content generators at Red Bull. Whether it's sending a Ferrari F40 blasting up a ski slope in Japan or having Formula One drivers duel on the Red Bull Ring in trailer-equipped Aston Martin Vanquishes, the energy drink's video division has the access, the imagination, and (most importantly) the budget to make even the battiest concepts a reality.

But sometimes, the most entertaining videos are the simplest ones. Like this one, in which a Red Bull-sponsored Russian Kamaz 4326 truck packing a 1,000 horsepower, 16.2-liter turbodiesel engine does a full-blown Dukes of Hazzard leap off a snowbank in the Murmansk region of Russia.

According to a press release accompanying the YouTube video, the truck was being driven by Eduard Nikolaev, who's brought the glory of two Dakar rally victories to Team Kamaz Master. The leap was part of the team's preparations for the truck's forthcoming run in the Silkway Rally from Russia to China next month—ostensibly, a test for the spiked Continental tires the 10-ton truck will need to help claw its way across 5,900 miles of Asian terrain.

That said...we wouldn't be all that shocked if it turned out Nikolaev just wanted to play Evel Knievel.