Is Uber’s Legal Fight With California All Part of its Master Plan?

Fighting regulatory authorities to expand its business seems to be standard operating procedure for the ride-hailing company.

Uber may soon find itself in yet another battle with a California regulatory agency. A brush with the law would be daunting to most start-up founders, but to Travis Kalanick, CEO of Uber, it's a "homecoming." That's the word he used to describe the legal situation he found his company in when it received a cease and desist letter from the City of San Francisco, he recalled on podcast TWiST in 2011, and Uber's fast approaching the same situation again.

The California Attorney General's Office sent a letter to the ride-hailing company ordering it to pull its self-driving vehicles, or it will seek "injunctive and other appropriate relief." The penalties weren't spelled out, but it would probably mean law enforcement agencies would have the authority to impound Uber's vehicles until the company obtains a permit for Autonomous Vehicle Testing—which the company has no intentions of doing. This defiance is puzzling, but there could be a bigger reason for the stalemate.

"Uber is trying to say that California has no regulatory authority over it." says San Francisco attorney Chris Dolan, who is representing the family of Sophia Liu in its wrongful death lawsuit against the Oakland-based business.

This maneuver is very similar to its legal strategy with the City of San Francisco. Shortly after its launch in 2010, the nascent start-up received a cease and desist letter because it hadn't received permission to do business from the city's taxi commission. Rather than acquiesce, Uber fought the mandate and continued to operate. In this latest dust-up, Uber alerted the media to its autonomous vehicle testing plans in San Francisco, but neglected to tell the city officials.

"It was like a homecoming. I'm home now," said Kalanick about his feeling when he received the letter. "I know how to operate in this world."

Kalanick's comfort likely comes from the messy legal battles he faced with his peer-to-peer file sharing company Scour. The company was sued for copyright infringement by the Motion Picture Association of America, and the $250 million lawsuit eventually landed Scour in bankruptcy court. Kalanick may have lost his start-up, but through the process he gained a trial-by-fire education in the complexities of the legal system. Rather than shying away from courtroom battles since, Kalanick has seemed to embrace them, then craft a response to get the outcome he desires.

The company is known for its "regulatory disruption," namely moving into cities without obtaining any licenses or permits to operate, then fighting tooth and nail any attempt to regulate them. Uber's legal battle with the city of SF ended when the California PUC stepped in and decided to regulate them at the state level to avoid the company being regulated by every municipality. But with this issue, it's not clear what the company gains.

"They’re making money in the meantime and showing that the law is stupid and you don’t need a law that applies to autonomous vehicles," says Dorthy J. Glancy, a professor at Santa Clara University who specializes in transportation technology.

At issue is whether or not the vehicle is technically autonomous. Glancy points out in the Santa Clara Law Magazine that this field is so new that there isn't standard terminology. The NHTSA and the Society of Automotive Engineers adopted the term "Highly Automated Vehicles" to refer to the continuum of self-driving technologies, from automatic brakes to full L5 AVs. California uses "Autonomous Vehicles" because that was the terminology used in 2012 when the legislation was drafted.

While Uber makes its semantic argument in court—a fight that could last for years—they may be able to operate the vehicles without any required reporting. Should the company lose, it could complain to the incoming and ostensibly business-friendly administration that regulations are hampering growth and technology advances. The new Transportation Secretary could force NHTSA to enact federal rules more quickly than the glacial pace at which it usually approaches new technology. If Uber wins that fight, would it mean self-driving Ubers—or maybe even delivery trucks—could operate in any city in California?

"It’s premature for me to make that determination," said Melissa Figueroa, Deputy Secretary for Communications and Strategic Planning for the California State Transportation Agency.

Another rationale for this defiance is that a decision by the courts in their favor would set legal precedent for the other states. At present, there are 28 states that have laws regulating autonomous vehicles.

"Preemption of state laws strikes me as a dream for car companies, who are used to working with regulators and it seems very unlikely that it will change very soon," says Glancy. However, even if California courts set a legal precedent, Uber would still have to argue its case in each of those 28 states—unless NHTSA steps in and sets national regulations, which seems unlikely. The country has had state regulation of motor vehicles for 100 years, and populist Trump supporters may be against federal regulations. "The administration will fight some fights, but I don’t think it’s one that they want to take on," she continues.

Short of a green-light for fully autonomous vehicles, it's not clear what Uber's combativeness gains the company in the short term. The presence of a test driver negates any financial gains it would achieve using autonomous vehicles for ride-hailing services, and Uber insists that its vehicles require oversight.

That point was made clear and reiterated over and over by Anthony Lewandowski on a media call last Friday afternoon. Reporters questioned the company's motives, and the CTO insisted that it wasn't operating outside of the rules because the company technically didn't fall inside the rules.

Even so, the process for applying for the permit is fairly simple, and fast, and the legal battle would be long and expensive. But complying would puts them at the mercy of the DMV and force them to play by the same rules that may be throttling the progress of the 20 other companies who've completed the process. It also forces them to submit Disengagement Reports that document instances where the driver had to take control from a vehicle operating in autonomous mode.

"It’s not about the $5m bond," says Glancy, "it’s the reporting requirements that the DMV requires, which tells people like me who can read those reports and figure out what it is and is not doing. If I can figure it out, their competitors can."

But only people inside Uber know its long-range business strategy and how this move fits into it. Glancy says that eventually autonomous-vehicles will be permitted nation-wide, but they are, it won't be because of this issue. In the meantime, she says Uber will have to contend with a different sort of 50 shades of gray—the 50 different sets of state regulations governing self-driving vehicles. 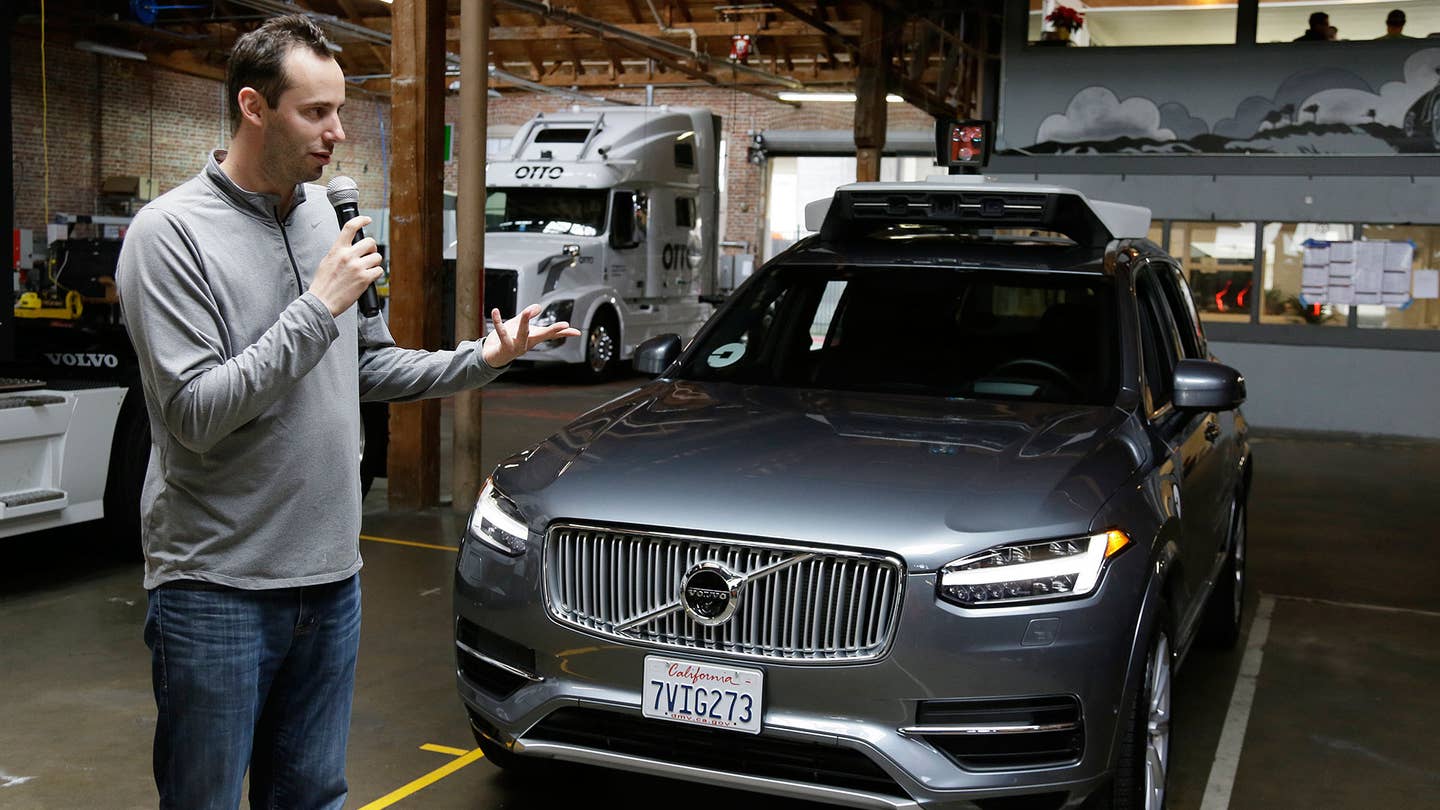 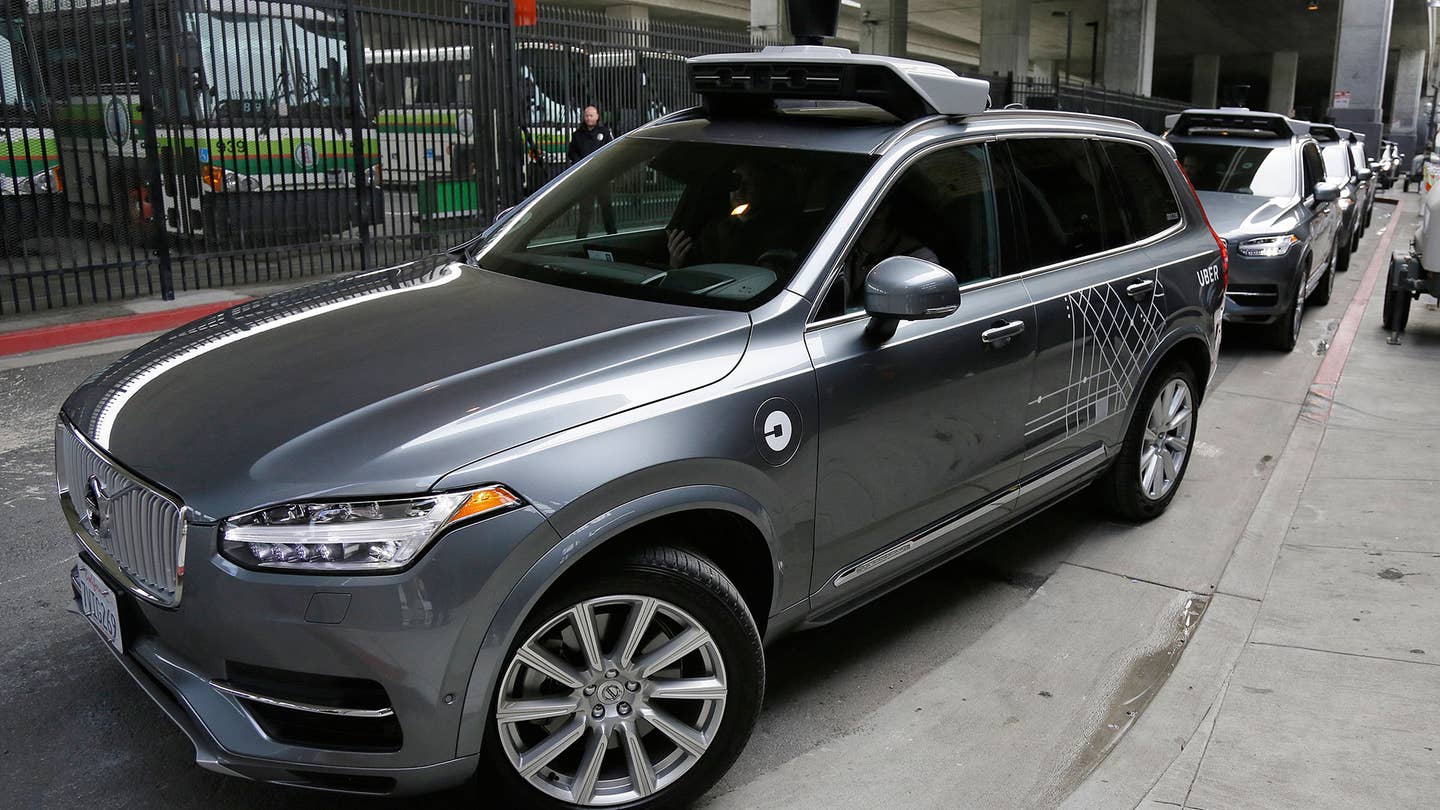 But the ride-hailing company isn’t backing down. 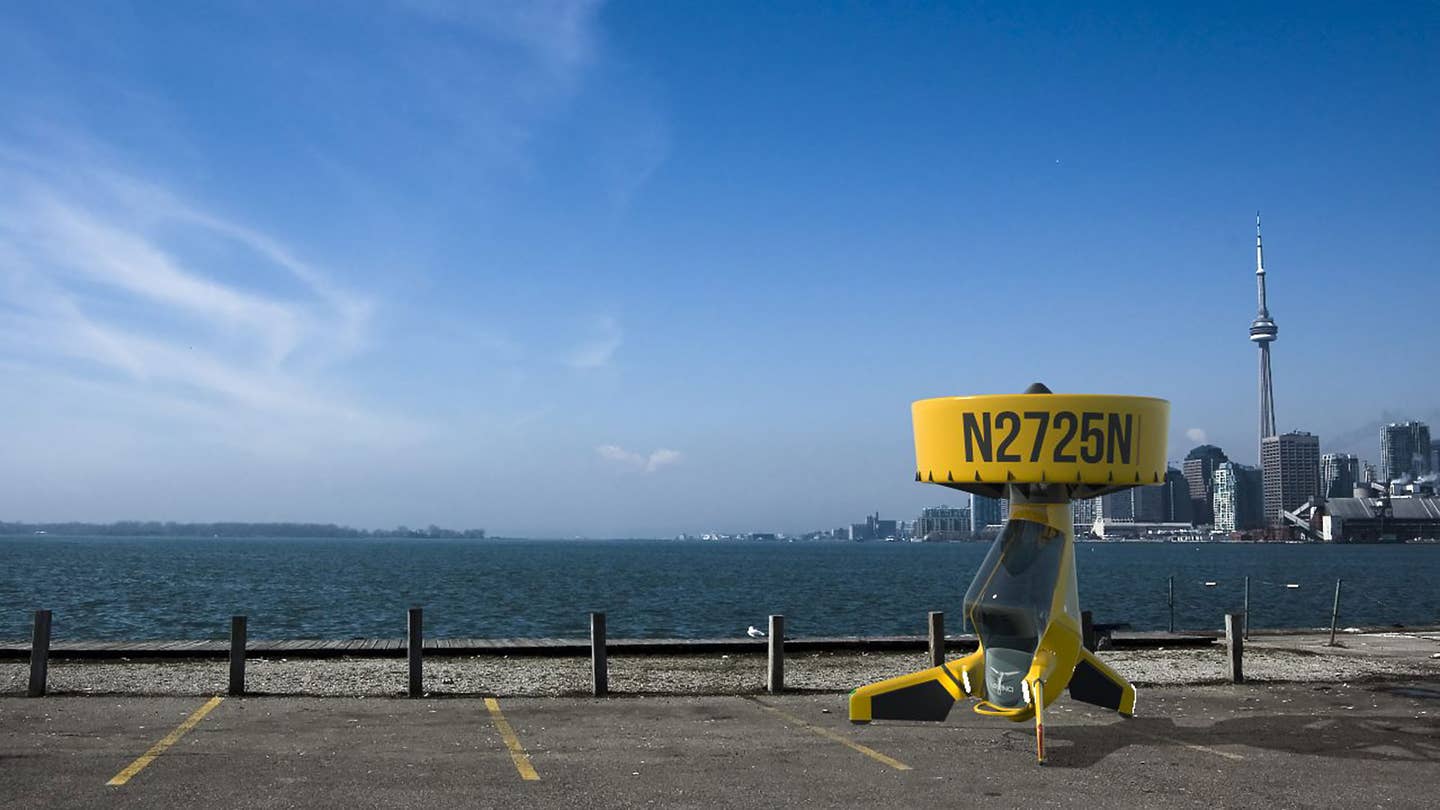 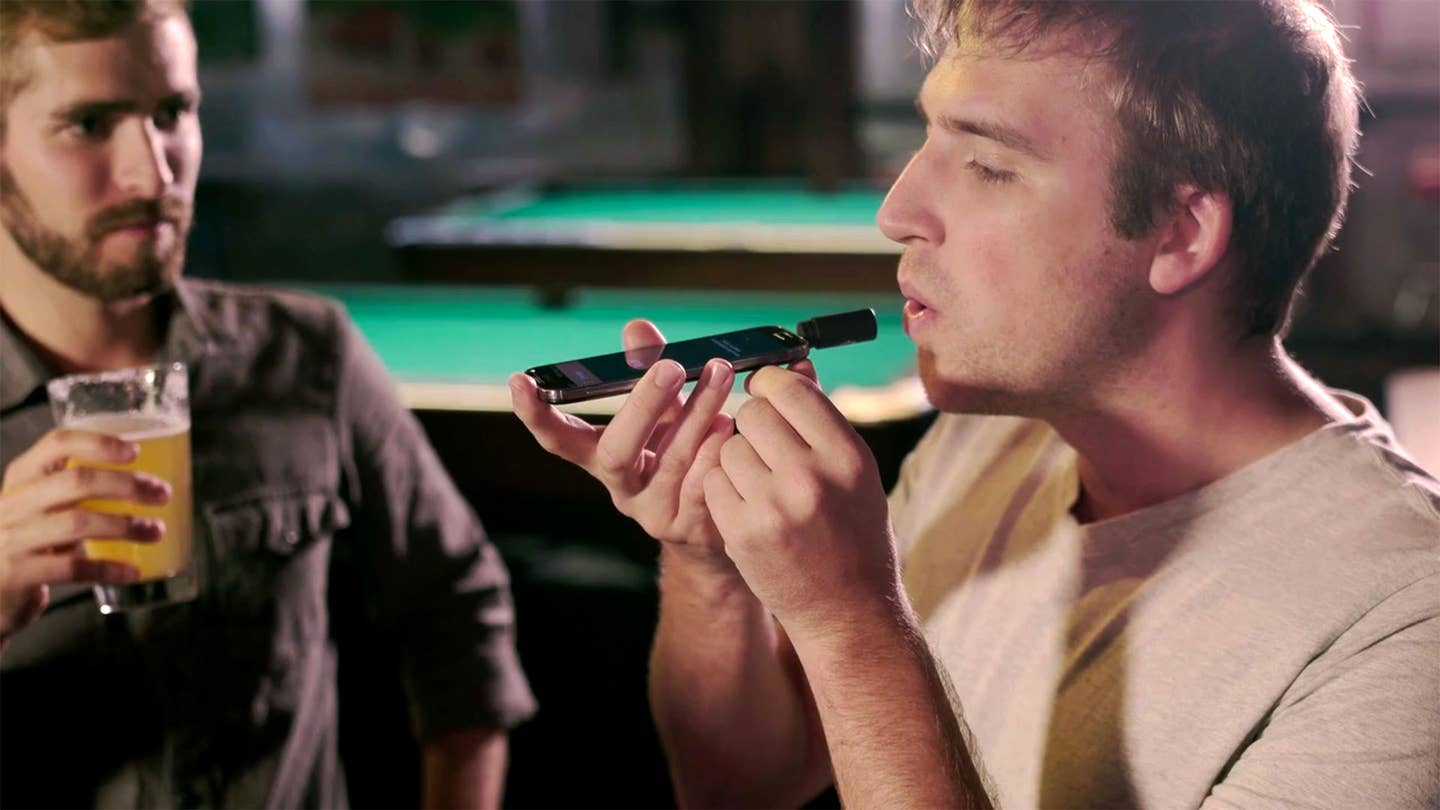