Look at these post-apocalyptic terrorist-fighters. 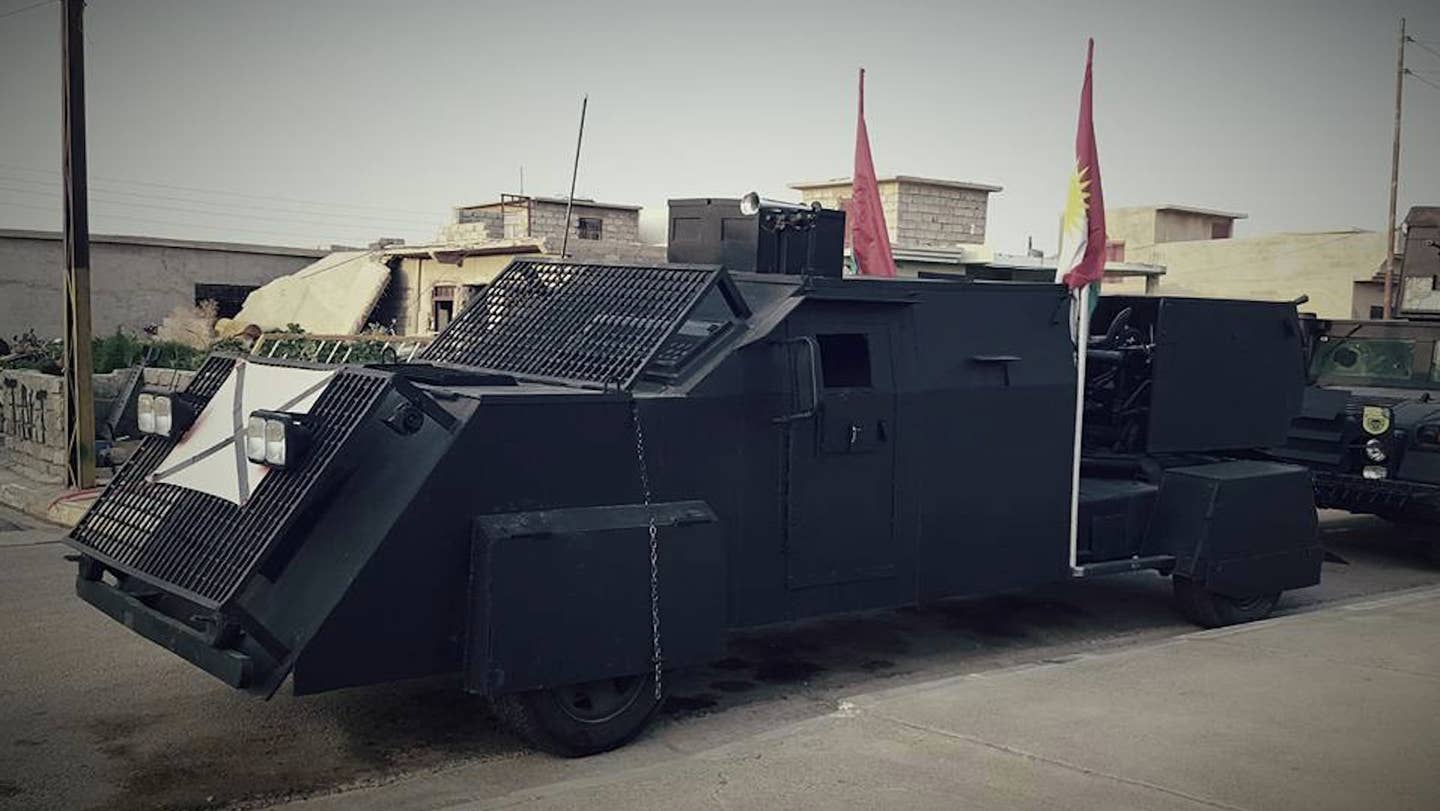 The one and a half million people residing in Mosul, Iraq, are preparing up for a massive battle this month, which they hope will expel ISIS from the beleaguered city. The evil caliphate has rained terror on the citizens of Mosul since declaring the city its headquarters about two years ago. ISIS was able to overrun the region and defeat the local Kurdish fighters, known as the Peshmerga, in part because the Kurds were outgunned, and equipped with dated, Soviet-era military equipment.

Now, they're prepared for combat, having converted large cars and trucks into Mad Max-style battle rigs, complete with armor plating, missile launchers and heavy artillery guns. And they look awesome.

It’s not the first time the Peshmerga have gotten creative. Back in 2014, when ISIS first swept through the area, the Kurds cobbled together scrap pieces from tractors and freight haulers to form bloated frankentanks, outfitted with various aging weaponry. At the time, spokespeople for the group of resistance fighters begged for better defense resources. “Don’t send us food," one area resident told the media. "We don’t need food. We will eat mud if we have to. Send us weapons."

The U.S. answered the call a few months later, shipping some 50-plus armored Humvees, millions of rounds of ammo, anti-tank weapons and 80,000 mortar rounds, though it took some convincing, since the Iraqi government was concerned the goods could ultimately be used against innocent citizens if they fell into ISIS hands.

While helpful, the U.S. resources were still not enough. So this month, Mosul citizens will see these beasts hulking around the city. There’s been no information released about what’s powering the fleet, nor what’s been used in the construction process, but if they’re as functional—and sturdy—as they appear to be, here’s hoping they can help wipe out the ISIS stronghold.

Update: ISIS Turned a Texan’s Truck Into a Terror Tank

According to CarFax, the truck is still listed as a “two-owner.”