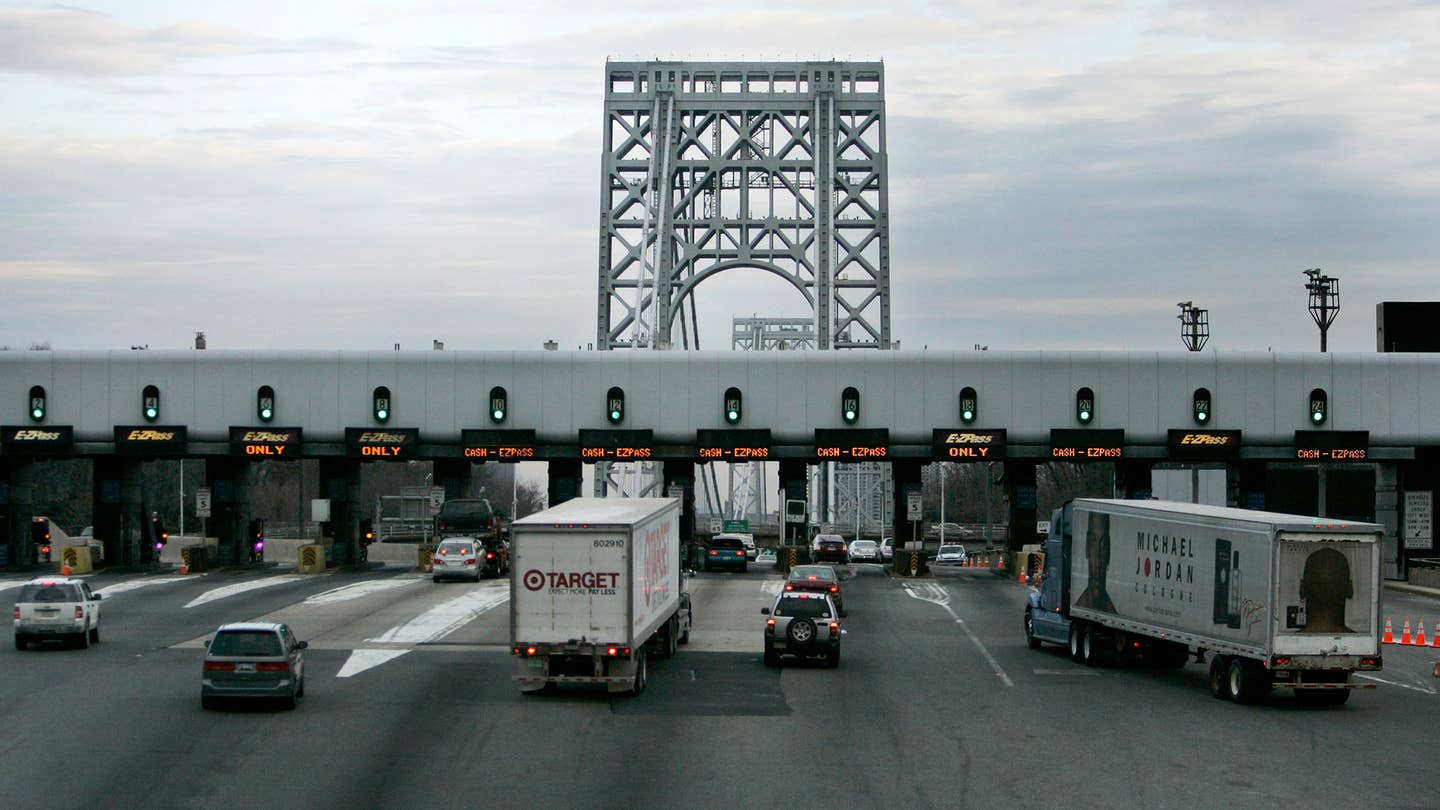 Give a man a fish, as the saying goes, and he'll eat for a day. Teach a man to fish, however...and he'll defraud the Port Authority of New York and New Jersey. At least, that's what New York driver Javier Marte did. He was caught using a piece of fishing line to yank his license plate out of sight while passing through the toll plaza for the George Washington Bridge, which connects New Jersey and Manhattan, according to the Port Authority Police Department.

On the night of March 9, an EZ-Pass sign alerted PAPD officer George Kwiecinski that Marte's 2006 Freightliner hadn't paid up while passing through the toll booth. Upon investigation, police found a long piece of monofilament fishing line stretching from the front plate to the truck's cabin. The thin, nearly invisible cable enabled Marte to pull the plate up on a hinge and hide it from security cameras while passing through toll booths, allowing him to pass through without being snapped and ticketed. (You can see the mechanism demonstrated by a Port Authority worker in the video below.)

Marte is now facing charges of tampering with public records, theft of services, and possession or manufacture of burglar's tools. And yes, he's facing that last one because the PAPD considers fishing line a "burglar's tool." (Somebody warn those guys from Deadliest Catch not to swing through the Tri-State area anytime soon.)

Obviously, we at The Drive can't condone criminal behavior, because Time Inc.'s legal team expressly forbids us from condoning criminal behavior. But c'mon, let's give Marte some props where props are due. Using fishing wire to jury-rig a license-plate concealer is some serious "Anarchist's Cookbook" stuff. Besides, considering how ridiculous those Port Authority tolls are—even with the EZ-Pass discount, the bridge crossing would have cost $108—we can't blame Marte from trying to scoot through the cracks.

A photographic portrait of America’s most unlikely car lovers.