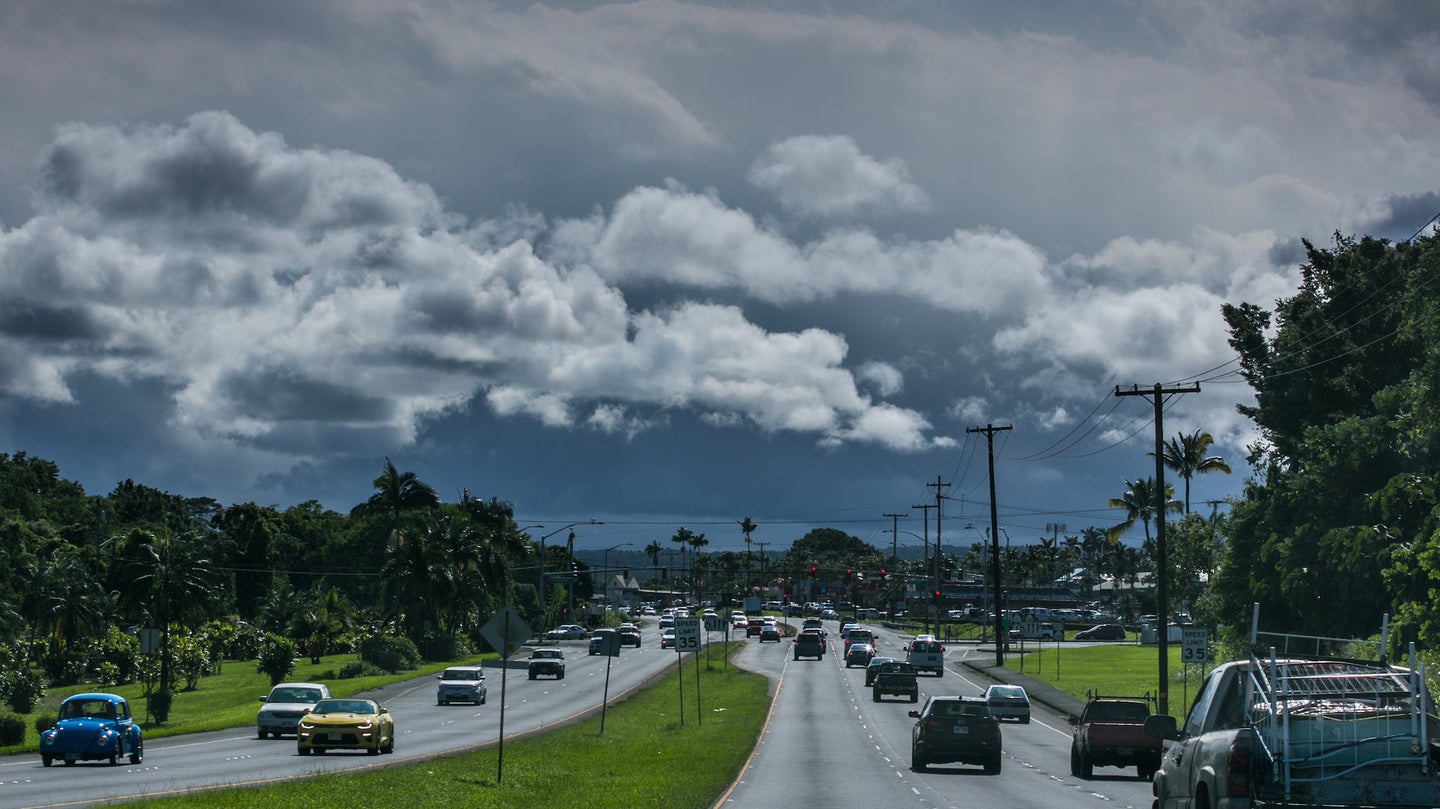 Hawaii already has a mandate for the state to produce 100% of its electricity from renewable sources by 2045, and soon it may add clean transportation to its energy plan. State Representative Chris Lee intends to introduce a bill into the legislature that would formalize the state’s goal of powering 100 percent of its ground transportation by renewable energy, such as biofuels or electricity.

Details of the bill are still being worked out, such as how the state would support the transition and where that money would come from. Utility companies are already working towards using wind, solar, and geothermal to power the island. Rep. Lee has until Wednesday to submit the bill for the 2017 Legislative session. The proposed bill isn’t expected to create new regulations, but rather set a target that legislatures would work towards. It would have to be a pretty dramatic offering: At present, EVs make up just .5 percent of the 1 million vehicles in Hawaii.

However, two additional bills were introduced that would help further the cause, even without the new resolution. If passed, Senate Bill 237 would require the department of agriculture to establish two-year pilot program expanding the use of biofuels to help the state achieve its goal of 100 percent clean energy by 2045.

Hawaii doesn't produce any petroleum-based energy, and spent $5.7 billion in 2013 to import 41.6 million barrels of petroleum. According to the U.S. Energy Information Administration, Half of the state's energy is consumed by transportation.

The original show and the current reboot both have a stellar crop of classic, U.S.-of-A. steel. Which reigns supreme?