Carbon Taxing May Be Coming To Energy Conscious States

In the absence of federal interest, individual states such as Massachusetts are considering implementing their own carbon tax. 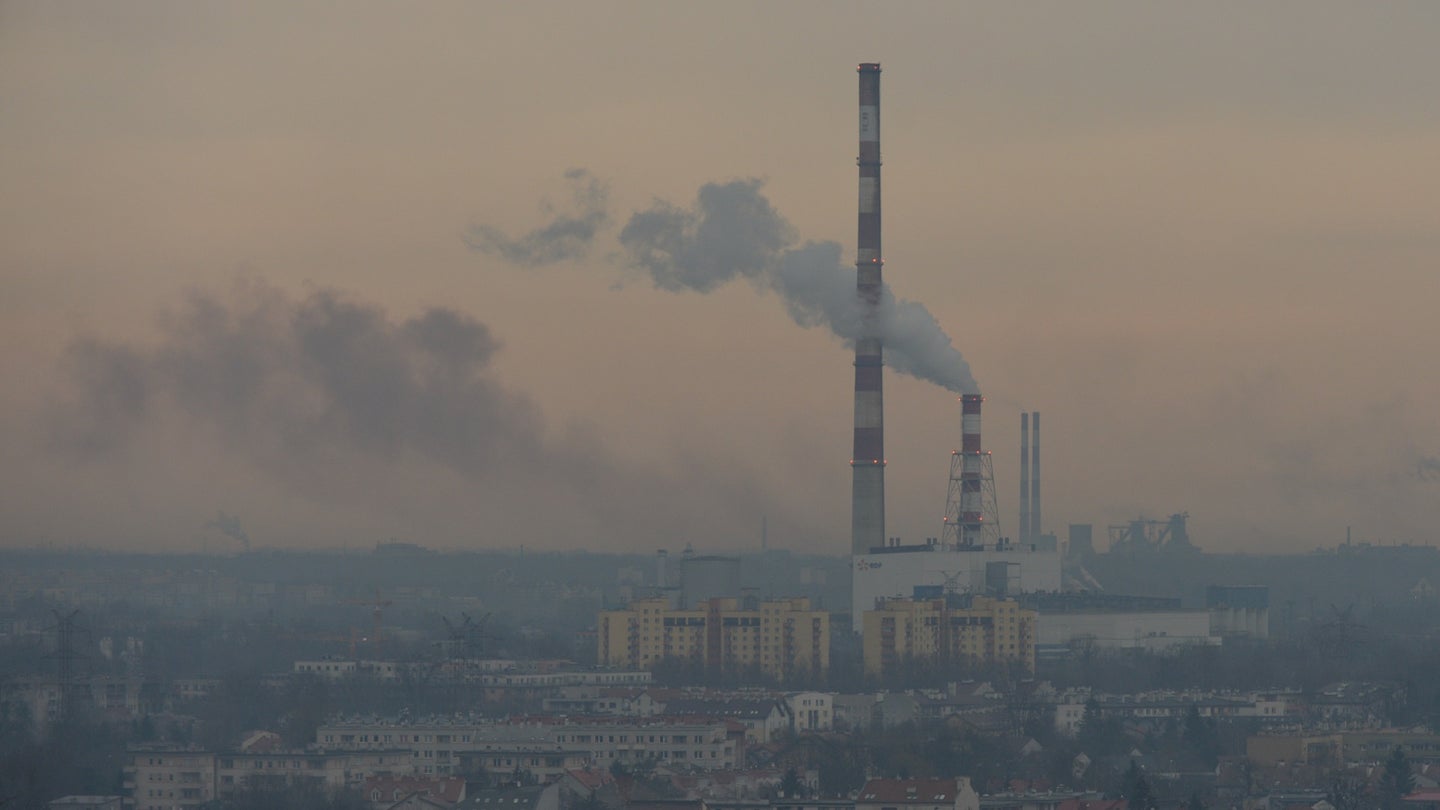 After President Trump withdrew the U.S. from the Paris Climate Agreement last June, many states and other municipalities proclaimed their intent to stay true to the agreement's principles. In Massachusetts, State Representative Jennifer Benson has proposed taxing carbon in much the same way as countries around the world do, but on a state level.

A carbon tax is essentially a tax on the pollution that comes from fossil fuels. It is intended both as a deterrent against using such fuels by imposing a financial penalty as well as a way to fund and encourage the growth of alternative fuel sources. Representative Benson has proposed House bill 1726 to introduce carbon taxing to Massachusetts.

"My carbon pricing bill establishes an initial fee of $20 per ton on carbon dioxide that increases to $40 per ton over four years," Representative Benson told The Drive. "The fee would be paid at the point of purchase of fossil fuels. This means it would be paid when you fill up your car at the gas station, when home heating oil is delivered, and when you get your monthly gas bill."

What exactly does this mean for motorists? "When it comes to cars, burning a gallon of gasoline produces 20 pounds of greenhouse gas, because the carbon combines with oxygen in the air to form carbon dioxide. This translates into approximately 16-18¢ per gallon of gas. For perspective, the current federal gas tax is 18.4¢, and the current state gas tax is 24.3¢."

With prices for regular gas currently averaging $2.55 per gallon statewide according to AAA, this would mean an increase to $2.71-2.73 per gallon, 20¢ above the national average. And this is the effect Massachusetts residents are most likely to notice—not a very positive one in a state once known as "Taxachusetts." But $2.73 per gallon is still well within the range of normal gas prices in the country right now. California is the most expensive at $3.17 for a gallon of regular gas.

More importantly, while 20 percent of the tax would go toward funding transportation infrastructure, renewable energy projects, and climate change preparation, 80 percent would be refunded to taxpayers. The amount of the refund would depend on the size of a household, its income, and in the case of businesses, the number of employees. "Low-and-moderate income households would receive higher rebates, as would rural residents who are more dependent on cars, and therefore gasoline," said Representative Benson. "It is estimated that the majority of households will come out even, or ahead, with the average rebate being more than the total expended to pay the carbon fee. Households and employers can spend this rebate on anything, but the hope is that they will spend it on energy efficiency improvements."

But a carbon tax would still hit us at the pumps before the refund. This would be a boon for the sale of more fuel-efficient vehicles like hybrids, and especially for fully electric cars since no carbon tax would be paid to fuel them. This, in turn, would spur the development of an energy infrastructure based less on fossil fuels. "Analysis shows that establishing a carbon fee would create jobs in the renewable energy sector, which already employs more than 100,000 in Massachusetts," said Representative Benson. "This sector would grow even more rapidly as demand for fossil fuels falls."

This is, of course, on top of the environmental benefits. "Carbon pricing will ultimately reduce the amount of greenhouse gas in our atmosphere, which will slow the effects of climate change, and make our air healthier to breathe. Across the United States, it is estimated that air pollution causes 200,000 early deaths each year from asthma, respiratory infections, and lung cancer." As an asthma sufferer myself, I can relate.

In the future, will Massachusetts ban cars powered by fossil fuels, as California and some countries plan to? Representative Benson isn't going that far now, but the option isn't off the table, either. "It should be our goal to reduce fossil fuel usage as much as possible. If renewable energy, battery technology, and alternative fuels continue to develop at their current pace, I’m hopeful that we’ll be able to fully transition off of fossil fuels by the middle of this century."