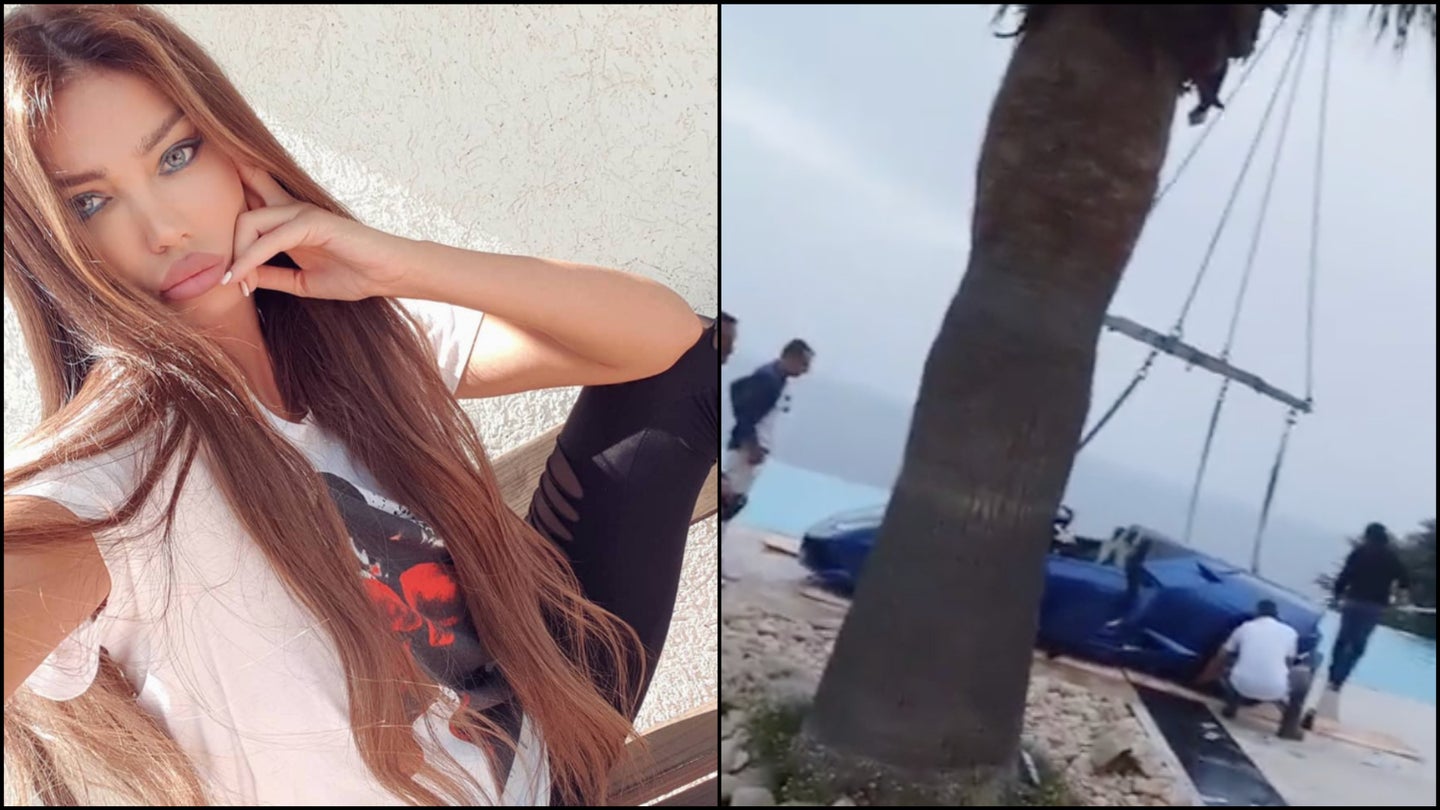 Soraja Vucelic, a former Playboy model and ex-girlfriend of soccer superstar Neymar Jr., recently posted a clip on social media showing what could've only happened to rich and luxurious lifestylers. Somehow, the Serbian model destroyed what appears to be a Lamborghini Huracan Spyder after she claims she missed the brake pedal while wearing high heels, driving the Italian supercar into a swimming pool.

As you might guess, the video generated all sorts of comments from Vucelic’s 300,000-plus followers, with one writing: “It is an easy thing to do when it is someone else’s money.”

Some were just concerned that her shoes made it through the incident unscathed.

According to The Sun, the 32-year old was in Cannes on the French Riviera when the accident happened during what appears to be a high-end photoshoot. Beyond the sad Lambo, several cameras can be seen in the video. The strangest sight of all, though, is that nobody seems all that upset about the car's demise. For the owner's sake, we can only hope that the media agency has great insurance.

The model is far from the first person to crash a Lamborghini in a stupid and extremely public fashion—even in the past few weeks. There were two attention-cravers that recently crashed a Huracan after posting clips of them revving and driving quickly down an English highway and, in Chicago, an Aventador driver flew through a red light at high speed before ramming a police cruiser and sending the officer to a nearby hospital.