Since when was one turbocharged, 700-horsepower VR6 engine enough? 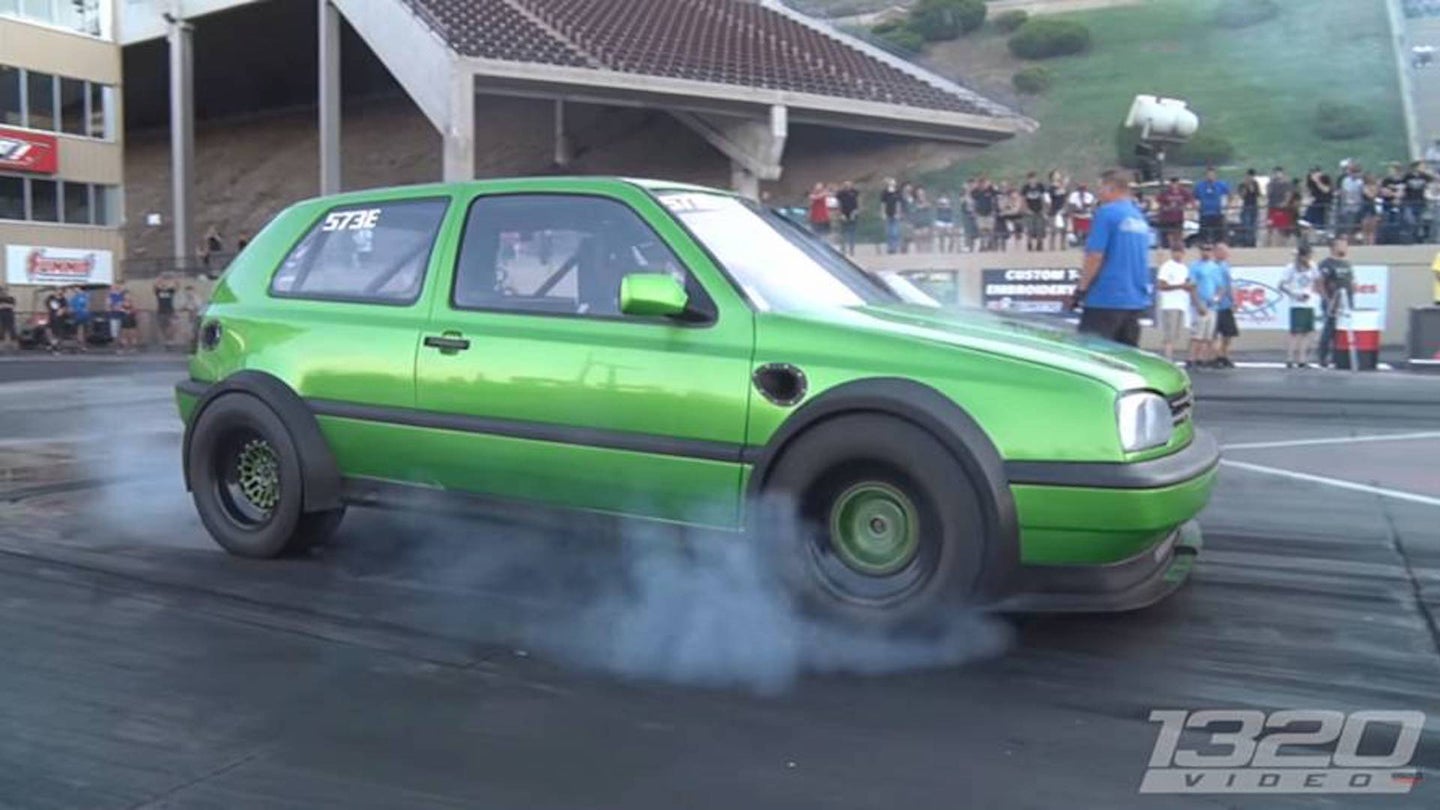 We've seen our share of monstrously tuned Volkswagens and Audis over time. From HPA's 740-horsepower VW Mk6 Golf R to the APR Audi RS3 that runs nine-second quarter-miles, there's no doubt what can be done with heaps of determination and a stack of cash. However, few if any can match the prowess of this homebuilt, 1,600-horsepower, twin-engine, all-wheel drive Mk3 Golf GTI.

The owner of this monster GTI has dubbed it the VR12 for its twin VR6 engines—one powering each axle. And if that wasn’t enough to make news, each one has been turbocharged and modified to produce over 720 horsepower. Combined, they are said to reach nearly 1,600 total system horsepower. There is a separate ECU and gearbox for each engine, and each has its own gearshift and handbrake inside the cockpit. The shifters are linked by a homemade rig, which isn’t surprising given the bootleg-but-beastly nature of this whole build.

As you’d imagine, this purpose built machine is turning out some serious drag times to go with all of that power. In a YouTube video captured by 1320Video, it makes several runs, the best of which reaches a 9.06-second quarter mile time, but not before doing both front- and rear-wheel burnouts to warm all four tires. At one point, the owner mentions the car being twitchy in fourth gear and that he actually needs to tone down the power to make a solid run.

All of this insanity appears to be taking place in a mostly stock-bodied Golf, with fender flares being one of the only exterior modification along with the super-wide drag slicks. The Golf’s owner says he installed heavier wheels for the runs in the video, and that his car is a work in progress. That means there’s a good chance we’ll be seeing an eight-second Volkswagen Golf at some point in the future.