Sixteen teams from the Oppositelock group invaded Connecticut for a statewide scavenger hunt. 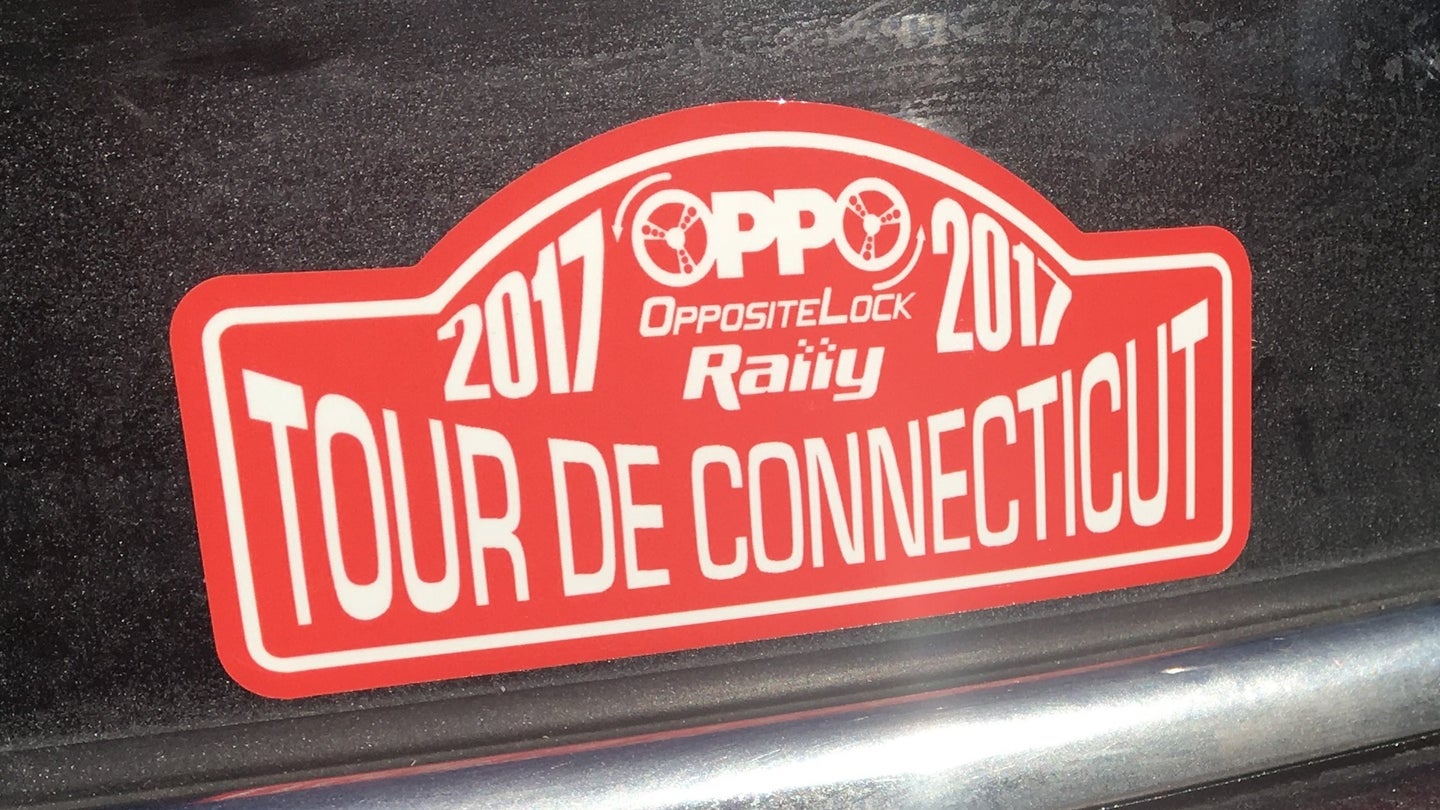 Sure, there are a bunch of races this weekend—Formula 1, Indy Car, Pirelli World Challenge - but let's talk about the only automotive competition that really matters in my book: The Oppo Rally. Members of the Oppositelock group from all over the northeast (and Milwaukee, Wisconsin) took on the automotive adventure of a lifetime—or, at least, of Memorial Day weekend.

Oppositelock member Dusty Ventures, a.k.a. Steven Harrell, organized the event over the past several months, borrowing liberally from the format and point system of the LeMons Rally that he competed in this past winter. Teams earned points in several categories, ranging from their choice of vehicle for the event to wacky mascots and costumes. But the primary way to earn points was to visit locations all over Connecticut listed in the route book, take a picture of the team mascot there, and post it to the thread on Oppositelock.

Months ago my wife and I decided to enter this event. The LeMons Rally had interested me, and I was supposed to join Ike from the Untitled Car Show in his Volvo, but was unable to attend. But since the Oppo Rally was taking place in Connecticut, and we live in Massachusetts, it was a no brainer that we would attend. We have several vehicles in our fleet to choose from, but we decided to take my wife's Ford Flex EcoBoost. Not only would it be the most comfortable vehicle to spend all day on the road, it would also score maximum points for having two turbos, seven seats, and qualifying as a station wagon. We went with a theme of Fluffy Bunny, Eater of Souls, mainly because my wife already had the sticker on her car and fluffy bunny pajamas, but also as a blatant suck-up (or is that parody) to Jalopnik's Stef Schrader.

So how did we fare in the rally? Check back throughout the long weekend to find out, and to see more photos of us making total fools of ourselves.