The Oppo Rally: Strangeness and Strategy

Along with some strategizing, we got to see some interesting cars at the start of the rally. 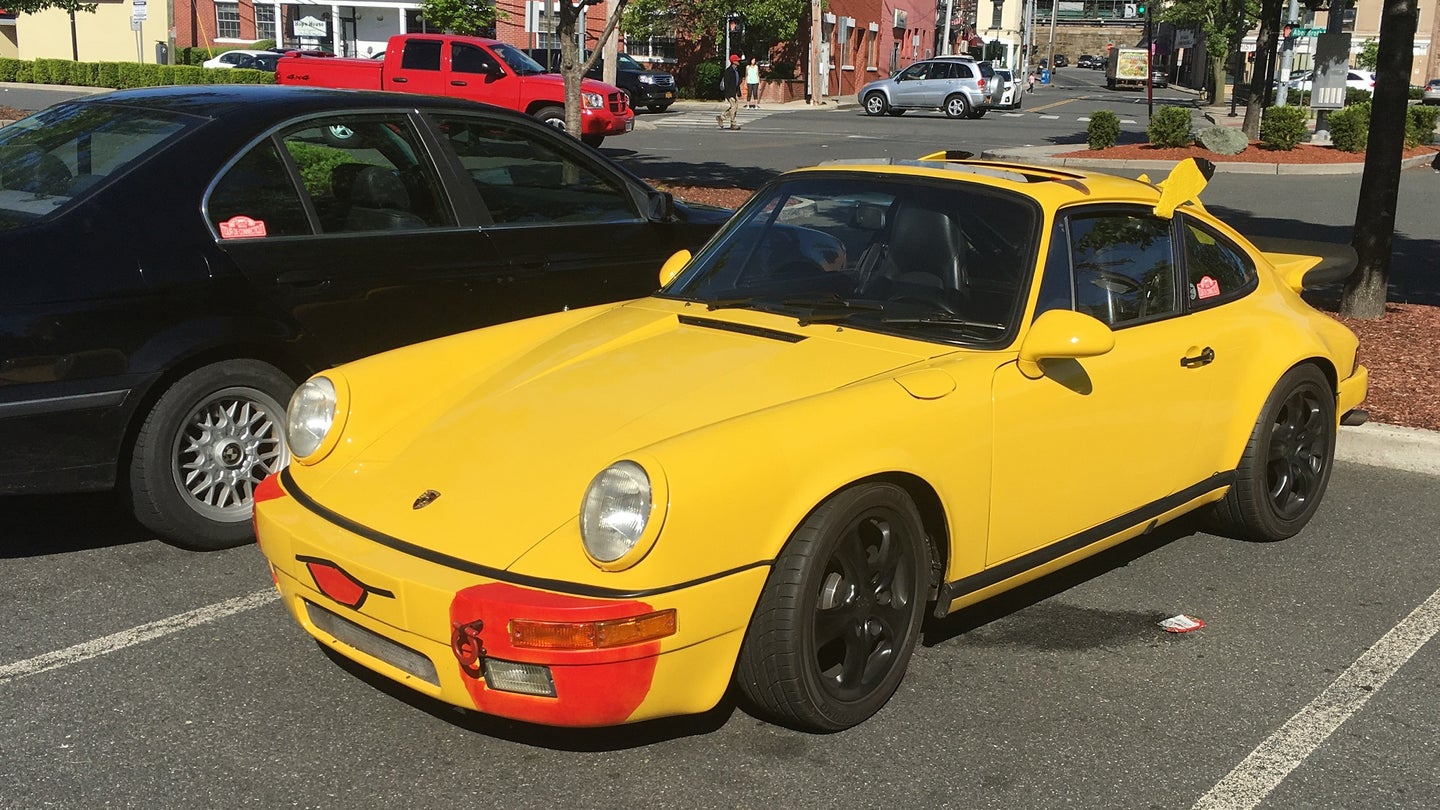 The start of the Oppo Rally was just across the Connecticut border into New York at Port Chester. We awoke painfully early and cruised down, met Dusty Ventures, and officially registered for the event. Dusty Ventures gave us a route book, then took our Monkey Bunny mascot into temporary custody, just to make sure one started earlier than they were supposed to. In my previous life as a delivery driver I got a great deal of experience getting a bunch of deliveries and figuring out the most efficient route to hit them all. So I sat down with the route book and got to work.

Checkpoints were grouped into categories—car stuff, buildings, aviation, railroads, oddities, "Rules of Acquisition," and untitled. Each checkpoint had a certain point value for posting a picture of your mascot there to the thread on Oppositelock, plus a bonus for hitting every checkpoint in the category. We decided to focus on both car related lists of checkpoints, "It's the Cars Time" and "Because Racecar." This would have us zig-zagging all over the state, so we would hit other checkpoints from other lists while we were in the area of the car related ones. There were also bonuses available for interesting photos, videos, roadside repairs, bridges, lighthouses, and so on. Two checkpoints—Miller Motorcars in Greenwich and a specific state line marker in Thompson—were worth 300 points each, and essentially mandatory in order to do well.

Meanwhile, my wife was off checking out the other competitors' cars, and sometimes pulling away from my planning to see them for myself. Team 15mpg brought a gas guzzling GMC pickup set up for "hypermiling." Team Plastidip My Shame brought his bright yellow Porsche 911 altered to resemble a Pikachu. There were some normal cars, too, like Team Mean Spirited's Ford Focus ST, Team Old Buicks' 1973 LeSabre, and Team Rusty Truck's rusty old truck, which was bare from the firewall forward just two weeks ago and completed in an epic Roadkill-style thrash.

Way too soon for my planning purposes, Dusty Ventures called the driver's meeting to start the event. He returned our mascots to us, and the rally was on! We made our way to Miller Motorcars to score our 300 starting points before leaving the area. It was easy to find, particularly after a Lamborghini with a Miller Motorcars dealer plate passed us. We just followed him there.

From there, our next car-related checkpoint was in Stratford, about half an hour east on Interstate 95. But before then we would pass through Bridgeport. There were four additional checkpoints in Bridgeport alone, so we would stop off in this target-rich environment and pick up some non-car related checkpoints for fast, easy points before moving on.

You can check out the first part of Justin's trip in his previous story here.

Meet some of the original Cannonballers, and support a good automotive cause.