But it's not a picnic-mobile: the 3.5-liter EcoBoost V6 packs more than just lunch. 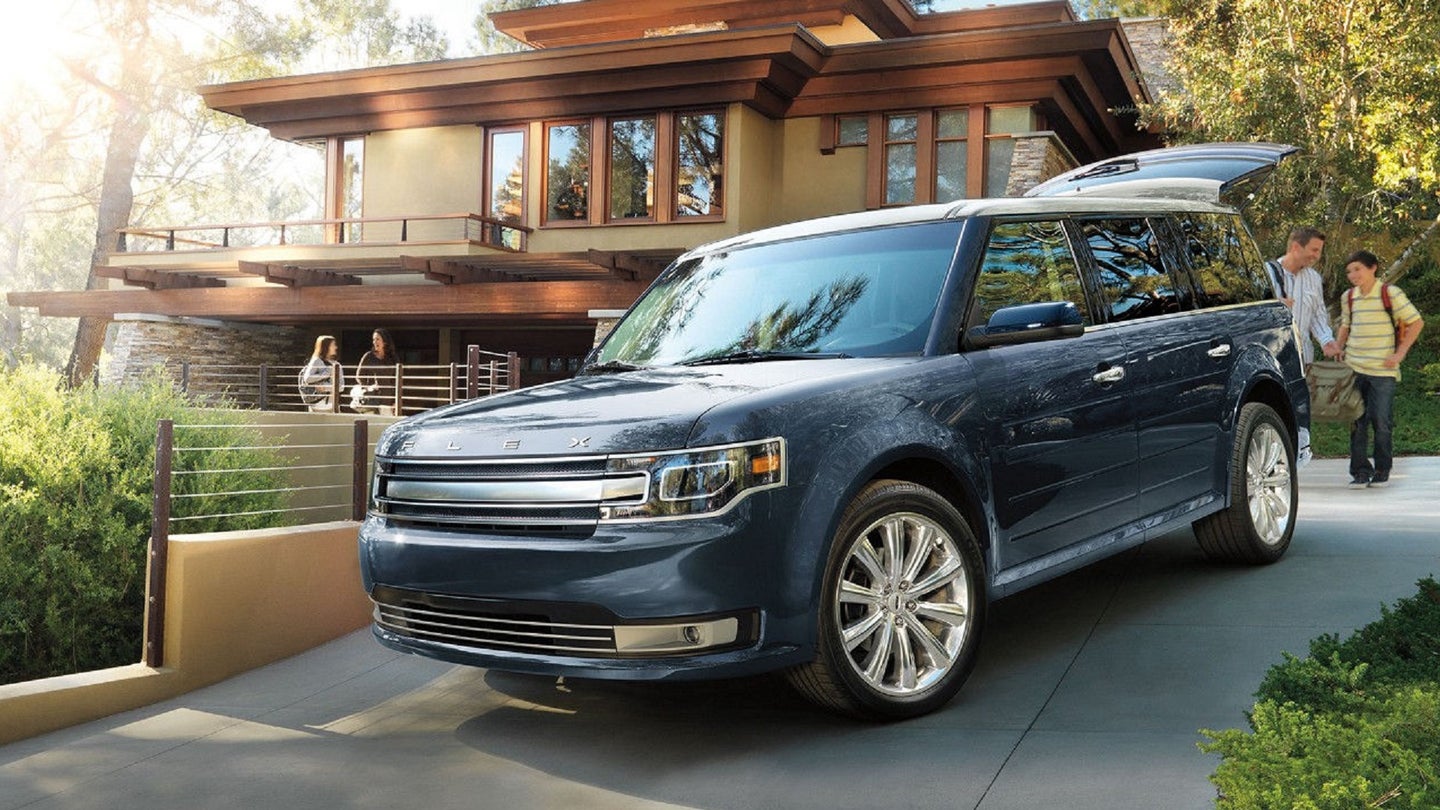 Long ago, back in the dark ages before the Earth cooled and Chrysler invented the minivan, families often traveled together in this mysterious contraption known as the "station wagon." These were typically full size sedans (another dying breed) with the roof extended over the entire trunk area. This could be used for more cargo room for all the stuff that goes along with kids, or in some cases for people if there was a third row seat. If you think this sounds like the modern SUV/crossover, you'd be right. When you think of Ford's lineup, you think of the Explorer, Escape, Edge, Expedition - something starting with E. You probably don't think of the Flex, with its modern yet simultaneously retro brick-on-wheels styling. But in my opinion, this is Ford's best SUV/crossover, because it's not really a crossover. It's a station wagon in disguise.

My wife bought a 2012 Limited model two years ago. It's been the perfect compliment to our fleet. It excels at mommy-mobile kid hauling duties. It's quite comfortable and easy to drive long distances. The middle row seats are actually more spacious than the front seats. I wouldn't want to ride too far in the back row, but it's a good size for kids. Its spacious interior saved us when we moved into our house after our Jeep Comanche project bit the dust mid-move. Folding down all the seats gave us just as much cargo room as the old pickup truck.

These are all things a station wagon does well. So do crossovers, but they often have swoopy curves in their design that make look good but sacrifice usable interior space. It's amazing how small some crossovers are on the inside. But the Flex is hip to be square, like an old station wagon, and is that much more practical because of it. Crossovers and SUVs also tend to have a good deal of ground clearance thanks to their truck-based history. People like the high, commanding view of the road an SUV provides. Yet the Flex only has 5.9 inches of ground clearance. That's only an inch more than my Subaru WRX. An off-road beast, this is not.

The downside of station wagons is that, like the minivan, they are typically uncool. But there are exceptions to that. The Dodge Magnum rewrote the book on wagons, being a throwback to the classics with modern styling and an available V8 under the hood driving the back wheels. The Flex isn't that - it's better. Instead of a roaring V8, ours has the optional 3.5 liter EcoBoost V6, sending 355hp (365hp in new models) to all four wheels through a six-speed automatic transmission. It more than gets out of its own way. It handles more like a car than a crossover. Sure, it's no corner carver, but you can put the transmission in manual mode and use the paddle shifters to actually enjoy a twisty back road. It's no Miata, but it's far more fun than any crossover should be.

That's because the Flex is no crossover. It's a classic station wagon wearing a crossover disguise. It's too bad that Ford is discontinuing the Flex in 2020. If you need a vehicle of this type, the Flex is a highly underrated gem.