Farewell to the Ford Flex

Ford’s quirky people mover to be discontinued after 2020. 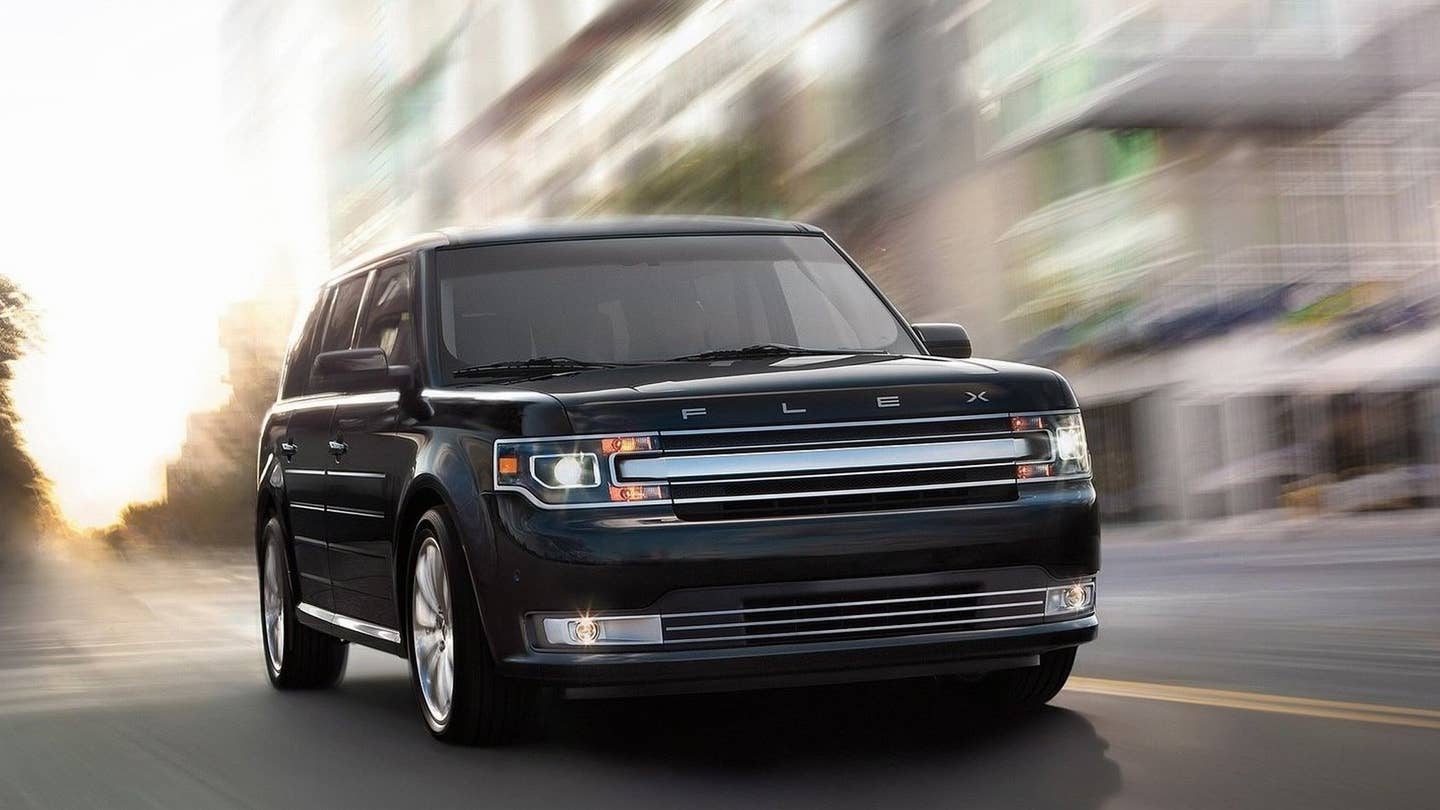 The Ford Flex has been around since 2008, filling that void of unconventional crossovers that we forgot needed filled -- until now. The news was released after a Canadian workers' union, Unifor, reached a labor agreement with the American automaker recently. Though this won't go into effect until 2020, it's still sad to see the happy-go-lucky auto leave the lineup.

Since its introduction, the Flex has put a different spin on the somewhat bland crossover segment. With retro styling and tons of angles, it reminded other manufacturers that its OK to have some fun with their products. The throwback interior had enough room to house the Partridge family with third row seating and abundant headroom that would make Danny Bonaduce smile. The Flex also offered more wheel options than most with six choices available, including a smokin' set of 20" rollers. In a world where most of its competitors suffered from lack of personality and dull aesthetics, the Flex pumped up the volume with its eccentric demeanor.

However, this doesn't necessarily spell out the end of fun in Ford's consumer set list. With three years still to go, there's plenty of time for the Detroit staple to step up with a replacement. You can't tell me that the company that brought us the Fiesta ST lacks character or personality. Expect it to move in the same direction as the rest of Ford's products with aluminum bodies and a growing family of Ecoboost engines. This gives them a few years to focus on better selling units and perfect the formula that allowed for the Flex in the first place. A continued host of concepts will keep us on our feet to see what route Ford will take on next.

But, for now, we must say "Arrivederci, Flex!". At the end of its stint in 2020, the family hauler will have served a purposeful tenure that reminded us to not only buy smart, but also to have fun while doing it. Ford's consistent ingenuity will surely live on through the rest of its vehicles, but maybe none quite like the strange, well-rounded Flex.