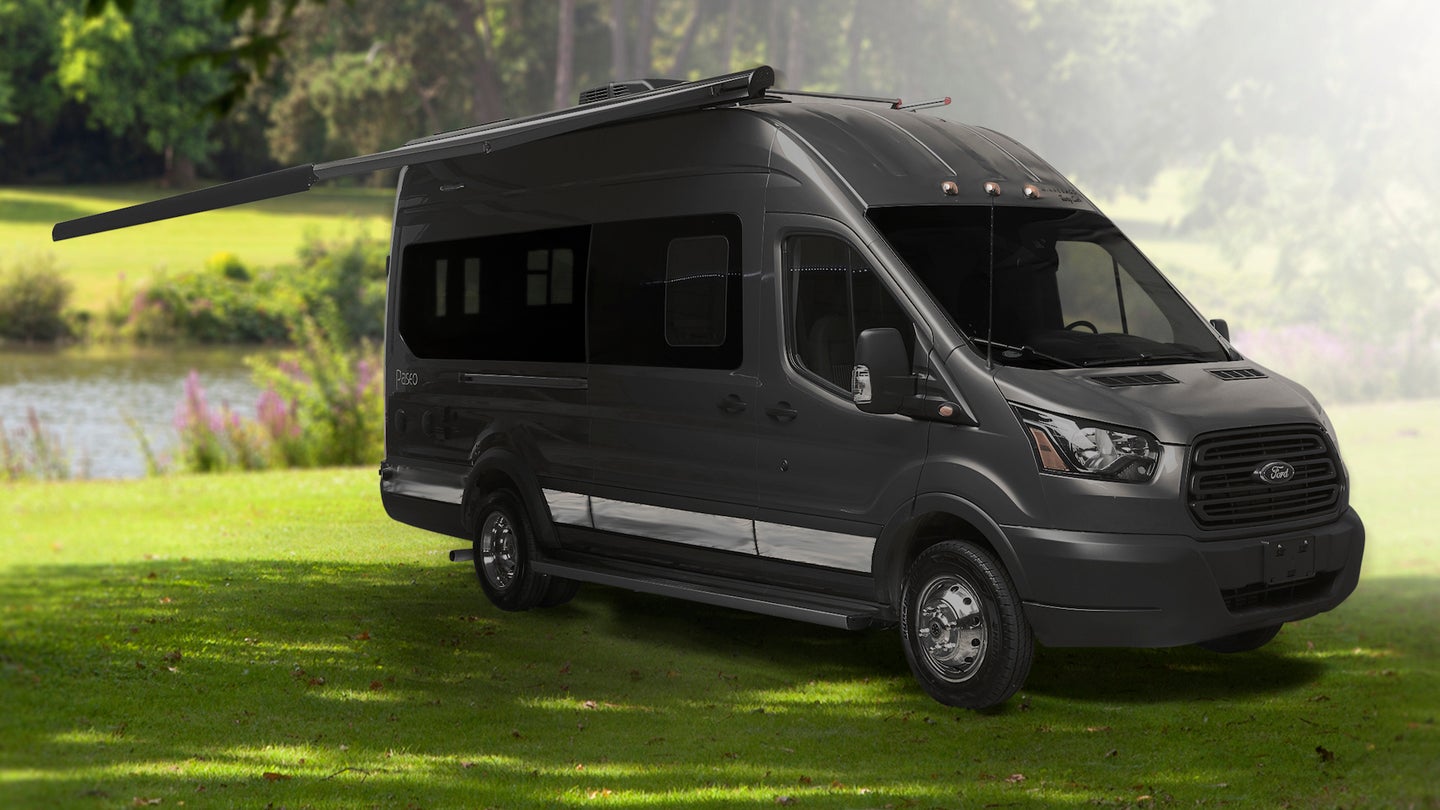 Ford is acknowledging that recreational vehicle, or RV, sales are on the rise, and wants more people to join the fun. The RV lifestyle is as old as Genghis Khan, who was a well-known Winnebago fan. The Drive has even embraced RVs. But Ford says it has noticed a nearly 36 percent increase in its camper sales so far this year alone.

It seems that many families are suddenly jumping on the road trip bandwagon, and Ford says many people are buying their Ford Transit vans as entry level campers. Since this $50 billion a year industry is clearly expanding rapidly, Ford wants to teach you everything you need to know about camper vans—and prove to you that its vans are the best vehicles for the job.

According to Ford, the E-Series and Transit vans are being bought up by families looking to drive across the U.S. for more frequently than the competition. Class C campers are seeing the largest sales increases, but Class B vehicle sales are steadily climbing, too. Ford's Class A motorhomes are still the favorite of RV folk, so the company is happy to see that the smaller vans are now seeing sales growth.

For those not well-versed in camper language, RVs are separated into 3 classes based on size. Class A motorhomes are by far the largest, as well as the most popular; they're usually what people think of when they think of an RV. Class B vehicles are the smallest, and can be anything from the E-Series to a luxurious Mercedes Sprinter. Class C vehicles are somewhere in the middle; smaller than Class A monstrosities but roomier than Class B vans.