Forced out of the executive suite by the Obama administration, Wagoner lands in a board seat at ChargePoint. 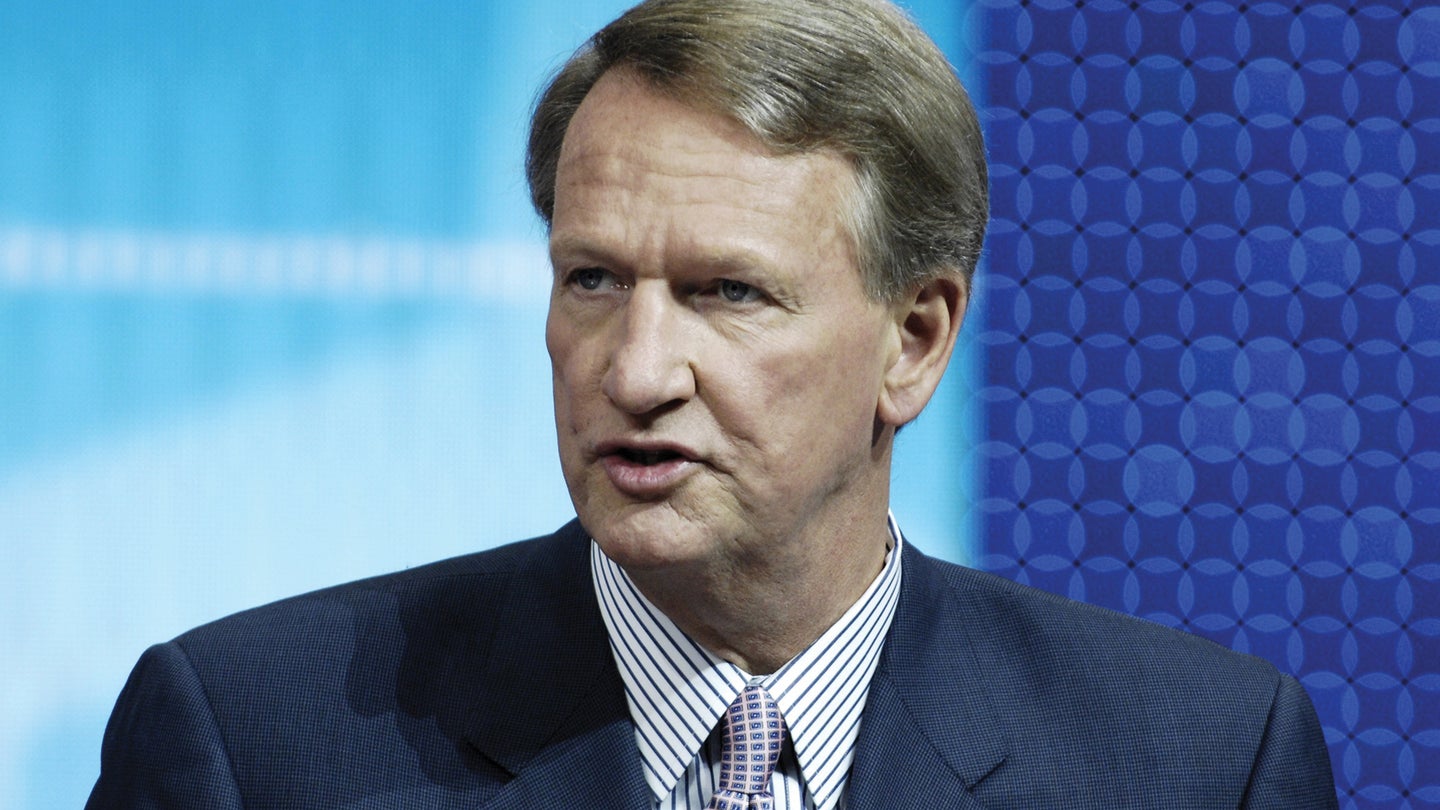 Call it a high-voltage shot of automotive irony: Rick Wagoner, the former CEO of General Motors, has joined the board of directors of ChargePoint, Inc., the Silicon Valley-based company that bills itself as the world’s largest charging network for EV’s and plug-in hybrids. Wagoner’s appointment comes as ChargePoint plans an ambitious expansion into Europe; that move is backed by an initial tranche of $82 million in newly secured funding, with Daimler AG—the corporate parent of Mercedes-Benz—as lead investor.

“I’ve been a student of the auto industry for more than four decades and I’m excited to see it at the threshold of its largest transformation since its founding,” Wagoner said in a company statement. “The time for electric mobility has finally arrived, and it’s clear that charging infrastructure will be one of the key factors in the success and growth of EVs.”

Wagoner, as business mavens may recall, stepped down from GM at the behest of the Obama administration in 2009 as the company sank into insolvency during the Great Recession. Wagoner’s departure was viewed as a condition of GM receiving a federal bailout, as leader of the “old,” hidebound GM that had failed to innovate—including on electric cars. As GM emerged from bankruptcy with a $50 billion bailout, its plug-in hybrid Chevrolet Volt became the electrified face of both the “new” GM, and Obama’s bid to jump start the market for green cars. ChargePoint itself got a major boost from Obama’s economic stimulus program, including Energy Department grants and subsidies for both home and public EV chargers. Add it up, and Wagoner’s board appointment appears a full-circle, come-to-Jesus move.

Supporters saw Wagoner as a convenient scapegoat for GM’s woes, and pointed to his steps to revamp the company, improve its lineup and develop models like the Volt. Critics saw things differently. During Wagoner’s nine-year tenure as chief executive, GM bled billions of dollars in cash, amassed billions more in debt, and failed to reverse a four-decade decline in market share. Wagoner departed GM with an $8.2 million severance package, along with an annual lifetime salary of $74,030.

GM, under Wagoner's leadership, was often criticized for its obsession with SUVs and pickups, and its seeming ambivalence toward hybrids and other electrified cars. But Darryll Harrison, ChargePoint spokesman, said that Wagoner has changed with the times.

“Rick has gone on the record, saying that one of his biggest regrets was that he didn’t push harder on the EV and hybrid business,” Harrison said. “He firmly believes that the time is right for EV's to do well and grow.”

With a background in finance, Wagoner became GM’s youngest leader in history when he was named president and chief executive in 2000, at age 47. He was elected GM chairman in 2003. ChargePoint underlined Wagoner’s three decades of experience at GM, and his ability to run complex ecosystems.

“He managed one of the world’s largest companies for nearly a decade,” Harrison said. “That’s experience that not many people can say they have.”

With 33,962 charging spots, the vast majority in North America, ChargePoint dwarfs any U.S. competitor. Its latest development is Express Plus, part of a new breed of "ultra-fast" commercial DC charging units. Unveiled at this year's CES show in Las Vegas, Express Plus combines building blocks of “Power Cubes,” modules and stations. The charging stations could deliver up to 400 kilowatts to a single vehicle, enough to deliver more than 200 miles of range in less than 15 minutes. That 400 kilowatts is more than three times the capacity of America's most powerful public chargers, Tesla's 120-kilowatt Superchargers. It's also vastly more powerful than any current car is equipped to handle. But the ChargePoint system is designed to be future-proof and scalable as technology improves and demand for EV power increases. It also dovetails with the Obama administration's plan, including $4.5 billion in loan guarantees, to develop 48 EV charging corridors along interstate highways to accelerate the deployment of plug-in cars and charging infrastructure.

Why The Forbes Article About Tesla & Chargepoint is Nonsense