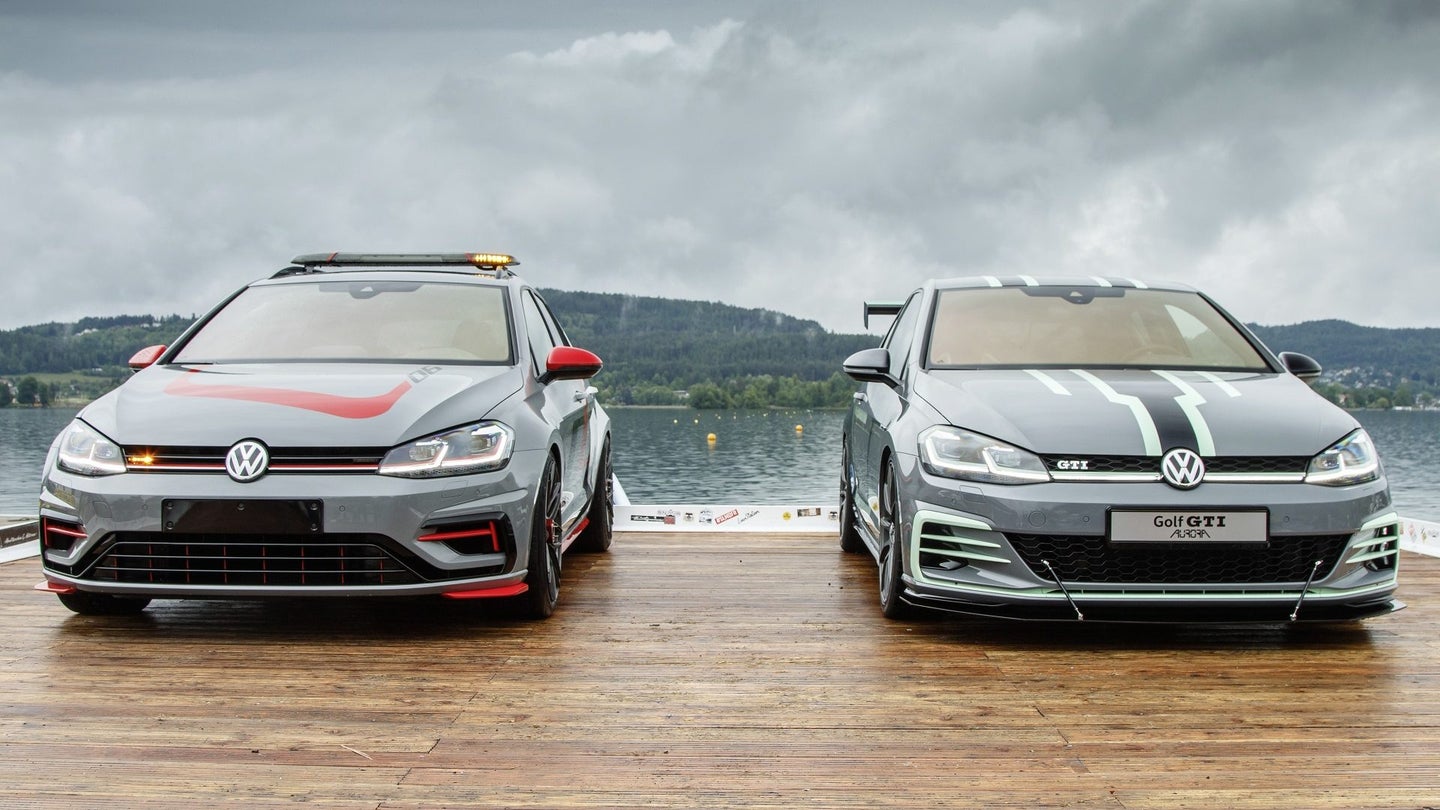 Unfortunately, it doesn't sound like a 400-horsepower Volkswagen Golf R will be coming to production any time soon. As a consolation prize, however, the automaker has brought a pair of one-off Golf concepts to its annual Wörthersee GTI meet—both making nearly 400 ponies apiece. Built entirely by college-age Volkswagen apprentices in Wolfsburg and Zwickau, respectively, meet the Golf GTI Aurora and Golf Estate FighteR.

Based on the two-door, front-wheel-drive GTI, the Aurora apparently makes 375 hp from its 2.0-liter gas engine, 89 more than the already-boosted GTI TCR. The students have fitted the one-off Golf with a tablet that allows a passenger to monitor engine and vehicle data as well as control the boomin' 3,500-watt sound system. Fun fact: its black and green body accents were painted entirely by hand.

Meanwhile, the Golf Estate FighteR is naturally based on a Golf R wagon and has been modified to produce 394 hp, nearly 100 more than stock. Letting others know this isn't just any grocery-getting VW wagon, the FighteR gets fat fenders that widen the car by 2.3 inches overall. Equipped with roof lights and strobe lights in the grille, this tuned-up R will apparently be used a safety car at Germany's Sachsenring circuit. On the inside, the apprentices have also thrown in red stitching, Alcantara on the door cards and seats, and a custom-built sound system.

In addition to its safety car duties, the Estate FighteR will also be able to take visitors to the Sachsenring on virtual hot laps thanks to VR headsets and a 360-degree camera mounted on top of the car.

A report earlier this month says the VW Golf may no longer be sold in America bar the hot GTI and R versions. If the two concepts here are any indication of what to expect from the next generation of hot, compact Golfs, we sure as hell hope they're staying.

The trend continues as physical controls seem to be on their way out, at least for some automakers.