Can’t wait to see how the eighth-gen Golf will look? Good news: VW has released a few renderings ahead of its official reveal two weeks from now. 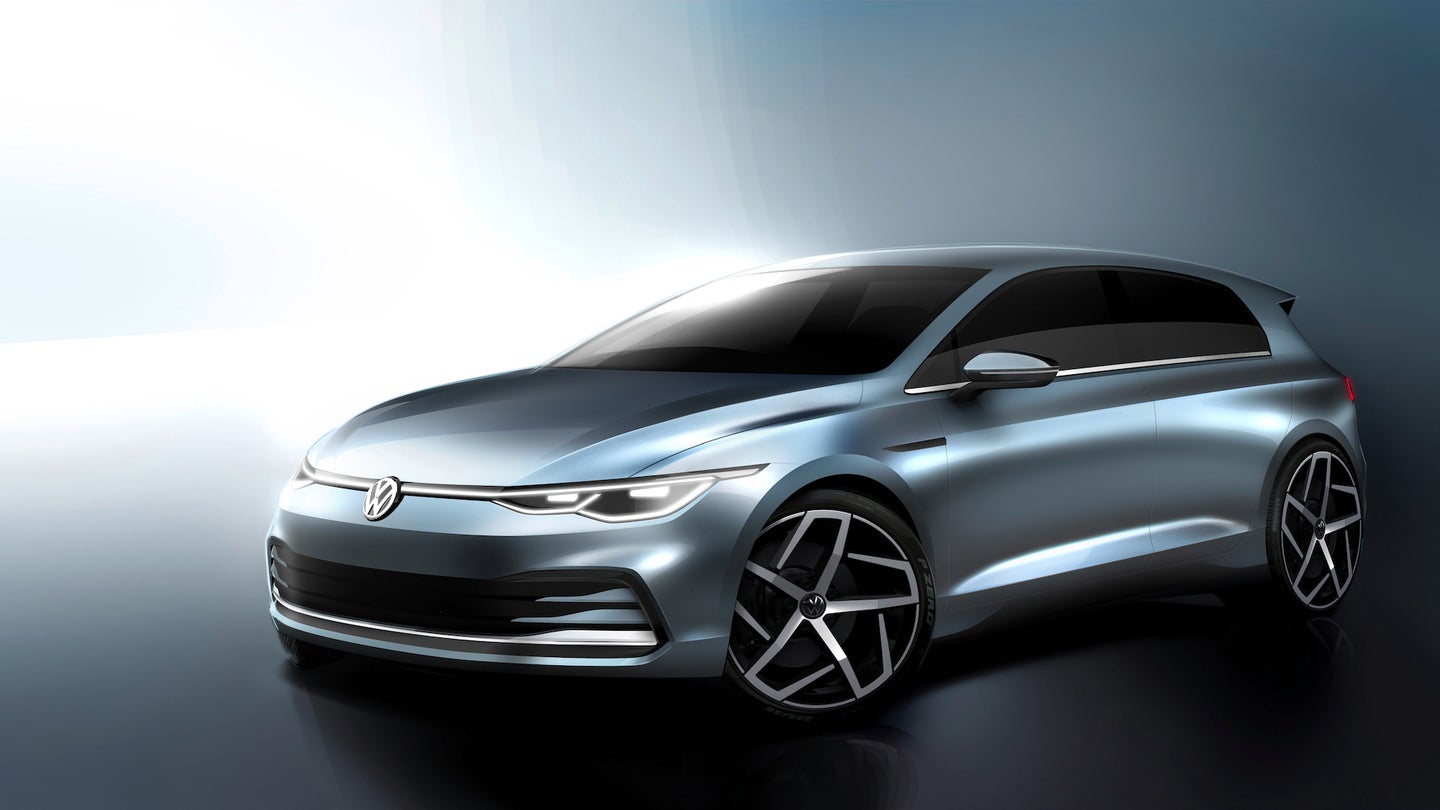 With the reveal of the eighth-generation Volkswagen Golf a mere two weeks out, the automaker has released artistic renderings of its revamped hatchback to stir up hype among fans of the iconic model.

Video and images released Thursday by Volkswagen suggest that the Golf VIII (as Volkswagen calls it) will adopt a scowl akin to that seen on the Arteon sedan. Its interior will seemingly tighten up with the concentration of center console functions into an infotainment system canted slightly toward the driver, though it doesn't appear to be tilted far enough to make the screen inaccessible to the passenger.

Volkswagen says that the next-gen Golf will keep pace with changing technology with "more digitalization and connectivity than ever before," and gain better driving dynamics from "further enhanced suspension technology." It's currently uncertain if we'll see a new hybrid model or the continuation of the E-Golf; reputable sources reported in February that plans for a hybrid Golf have been killed, and with the electric ID.3 arriving in showrooms soon, the E-Golf's future is in question.

Other niche models considered at-risk include the Alltrack and Sportwagen, which were some of the earliest retracted from the United States market due to lack of popularity in North America. Fortunately for fans of fast Volkswagens, though, the manufacturer has already confirmed that the sporting GTI and R will return for the new generation of Golf, and that both hot hatchbacks will be sold in the U.S. Let's see if the feistier Golf R will finally break the 400-horsepower barrier like years of rumors have suggested it could.