The new Arteon is the star of a 1980s-inspired photoshoot in Batman's bunker from The Dark Knight.

Volkswagen has released a new gallery of photos of the 2019 Arteon four-door fastback destined for U.S. shores later this year, which were unveiled at the Petersen Automotive Museum in Los Angeles Wednesday night. The company hired master photographer Douglas Sonders to incorporate the Arteon's bold styling into a photoshoot that combines fashion, art, and motion.

Instead of taking it to every car company's favorite turnout on the Angeles Crest Highway for the shoot, Sonders picked two completely different locations in Los Angeles to showcase the car's form in different scenes. The first was a studio space designed to model Batman's Bat-Bunker from The Dark Knight. "I loved this space, and thought the symmetry and drama of the ceiling with the dark background worked well with the lines of the Arteon,” Sonders explained.

For the second location, the Arteon took to the streets of Downtown Los Angeles for a few shots under the city's iconic Lower Grand Avenue underpass.

Sonders was heavily inspired by 1980s synth wave music and style for the shoot, and thus the photos feature a retro aesthetic that draws the viewer's eyes to the lights more than anything.

“It’s important to capture a car’s essence,” Sonders said. “I develop an emotional attachment to my cars, and they each have a personality in their designs. The Volkswagen Arteon has a beautiful modern edge, from the shoulder lines to the grille, and I wanted to do it justice.”

The 2019 Arteon is Volkswagen's new  compact executive sedan, featuring a 268 horsepower, turbocharged 2.0-liter four-cylinder engine and eight-speed automatic transmission. It comes in three trim levels: SE, SEL, and SEL Premium, all of which can be equipped with either front or all-wheel drive. Prices haven't been announced yet but Volkswagen says the car is expected to hit dealerships at the end of 2018. 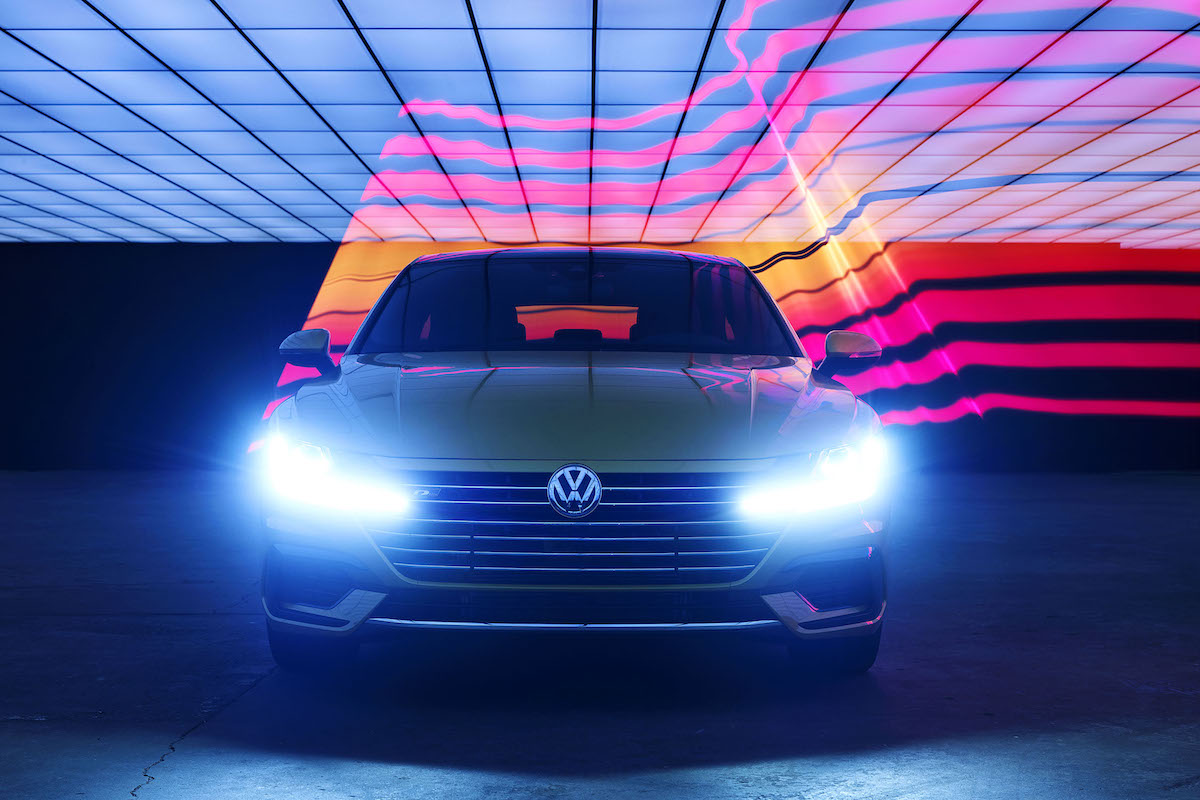 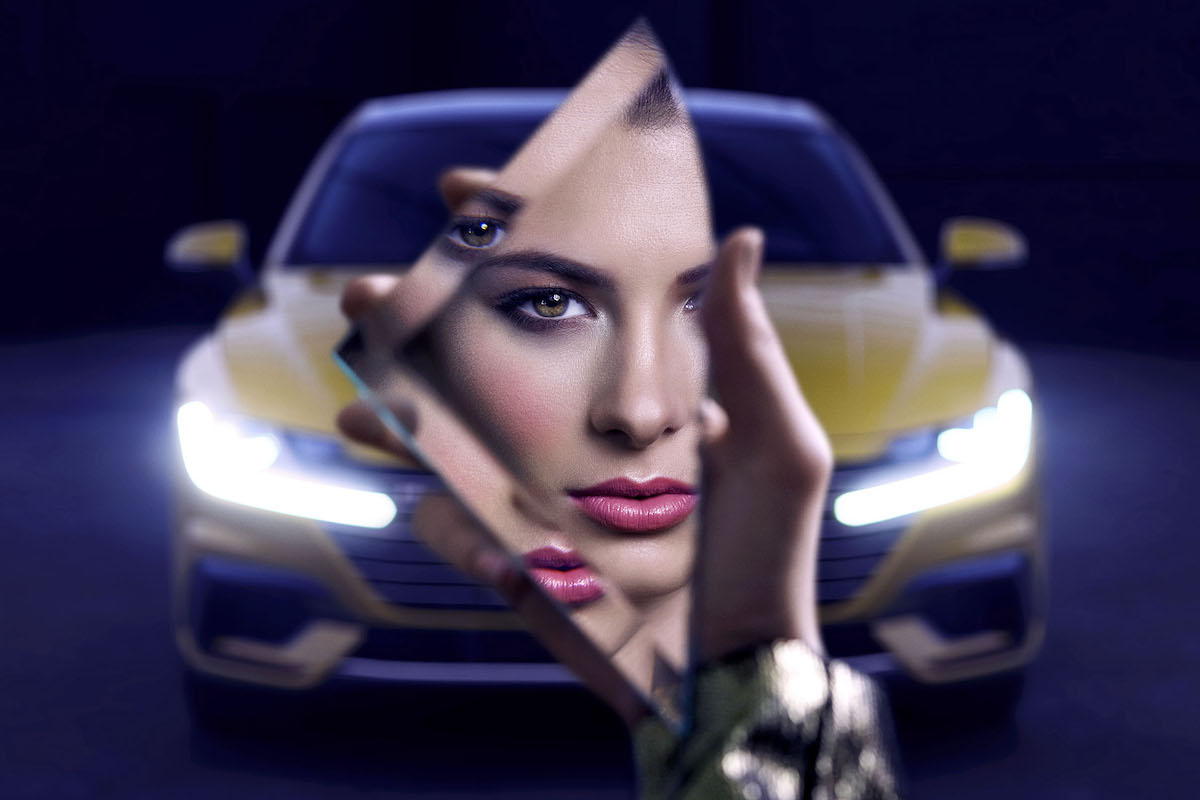 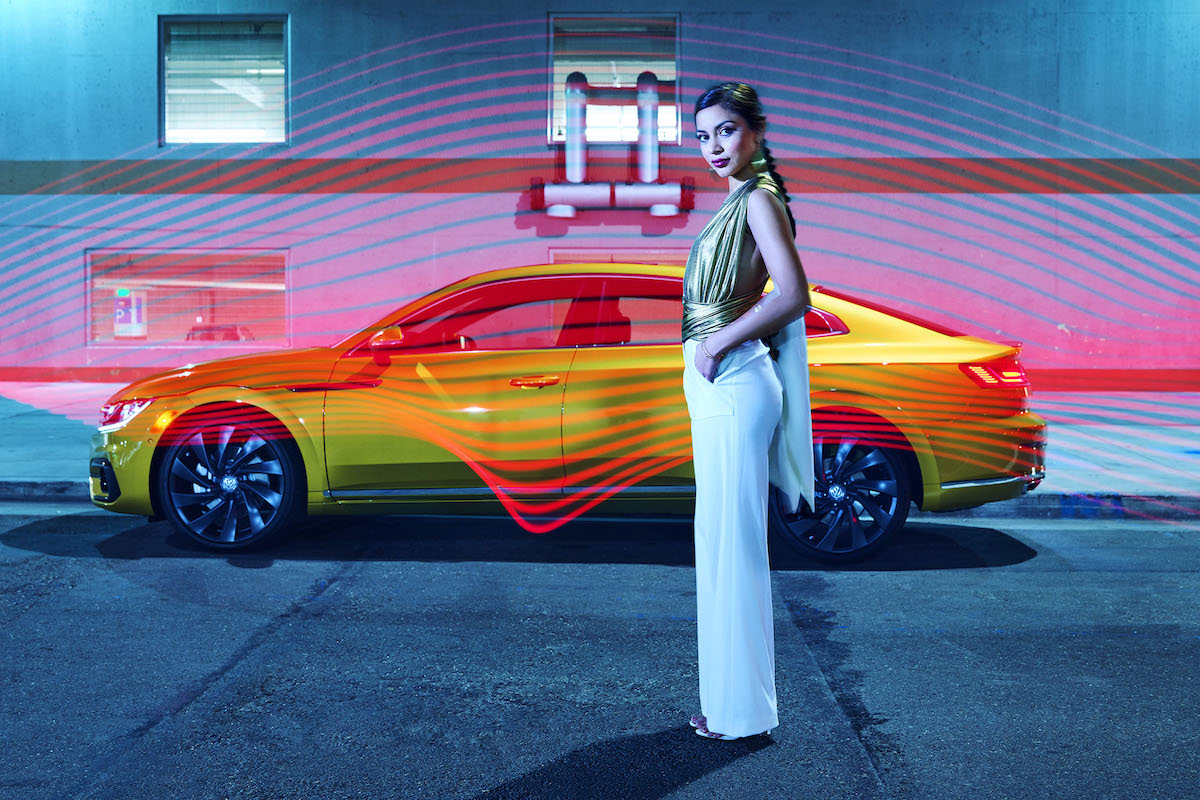 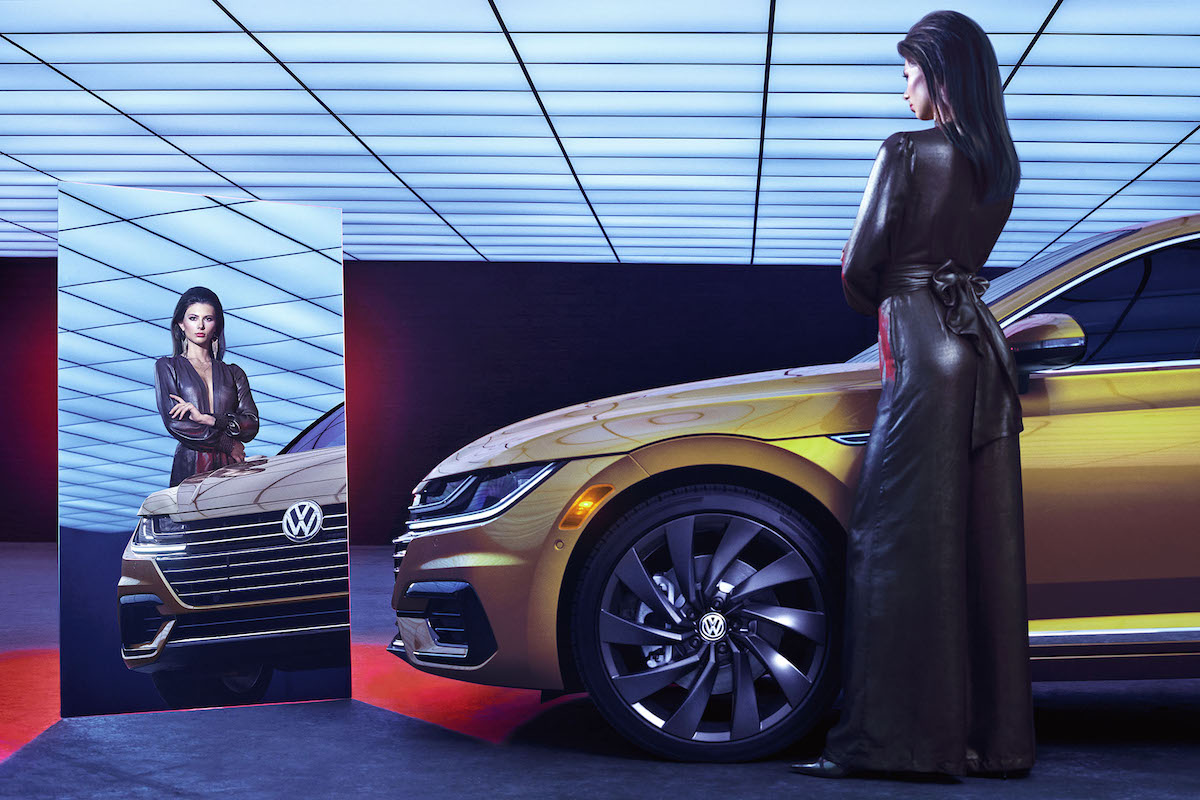 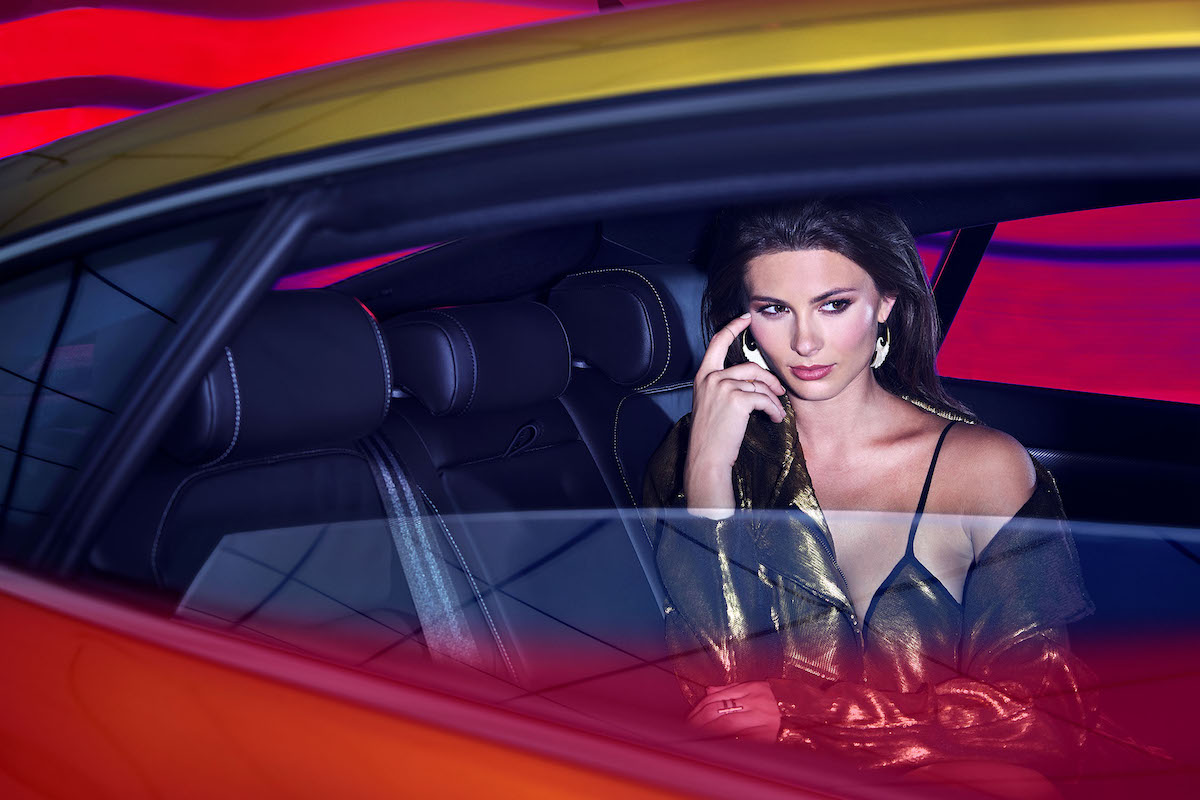 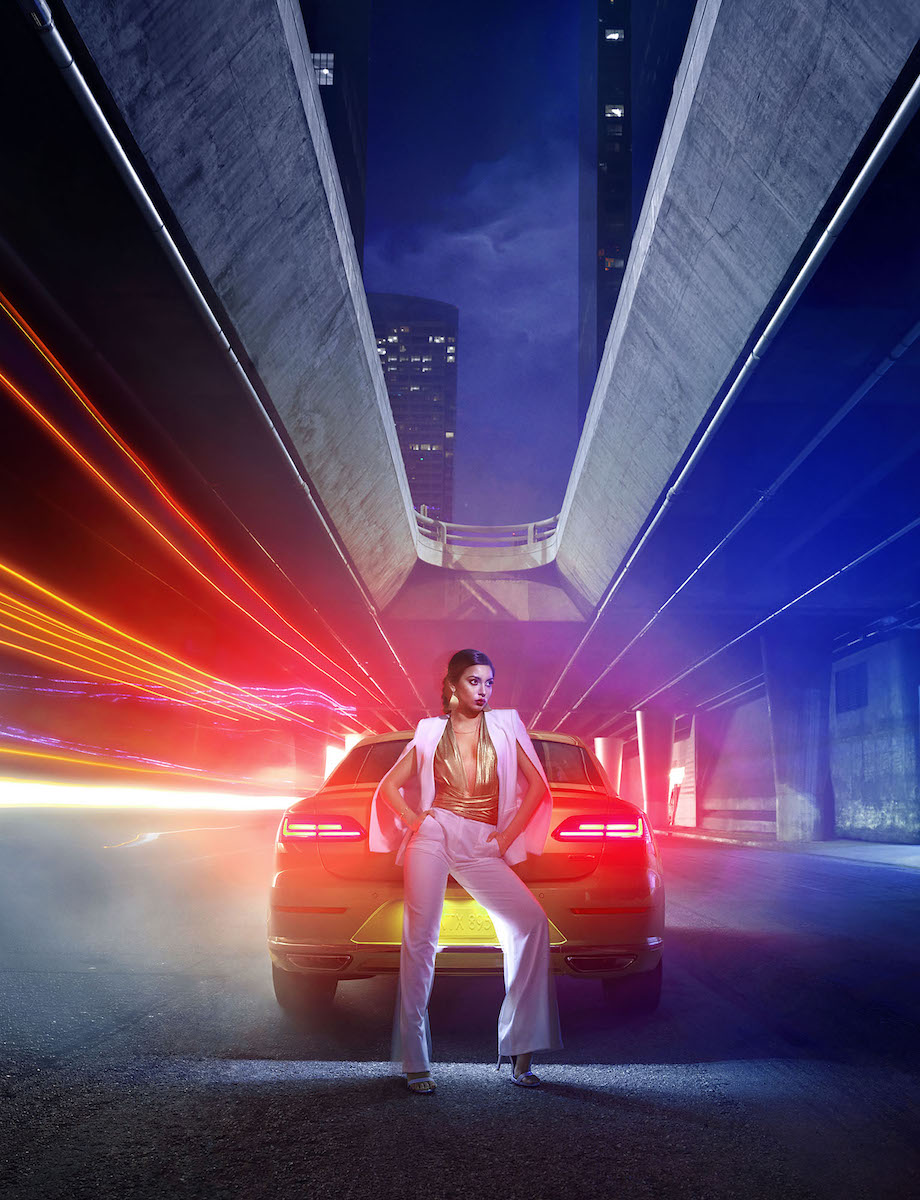