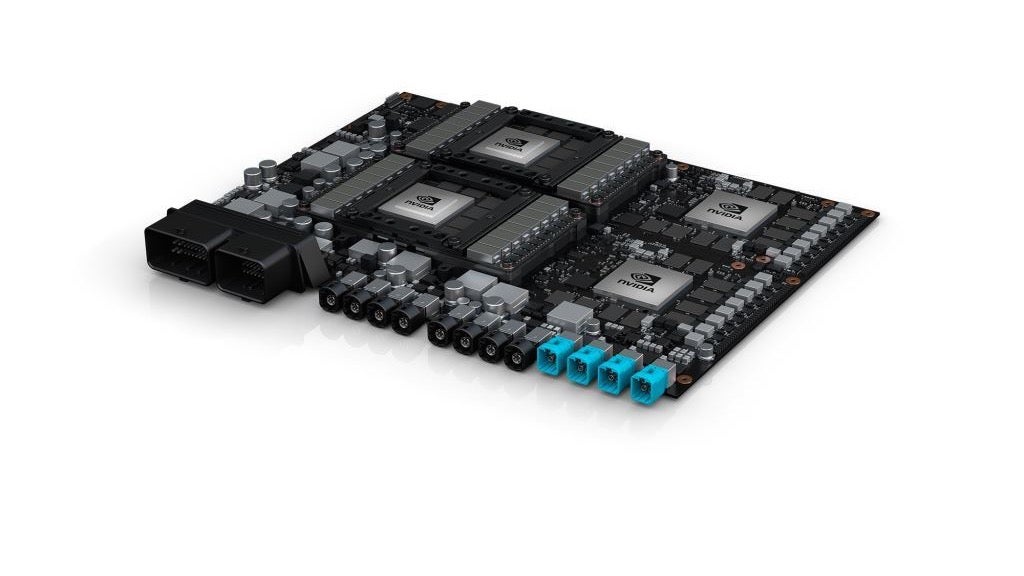 In the promised future of self-driving cars, suppliers of computers will be as important as suppliers of brakes or transmissions. Nvidia wants a piece of that market.

The company unveiled its latest and most powerful autonomous-driving computer at the GTC Europe conference in Germany. Called Drive PX Pegasus, Nvidia claims it can handle SAE Level 5 autonomous driving—meaning it can be used in cars with no manual controls whatsoever.

The Drive PX Pegasus succeeds Nvidia's current Drive PX 2 computing platform. Nvidia claims the new computer can handle over 320 trillion operations per second, or 10 times the amount of its predecessor. Given the immense amount of sensor data an autonomous-driving system must process, that's not just a good thing, it's necessary.

Several companies have incorporated various versions of Nvidia's Drive PX system into self-driving car projects, including Roborace, which hopes to develop a race series for autonomous cars, as well as automakers Toyota and Volvo. But Nvidia says the Drive PX Pegasus system will hasten the development of so-called "robotaxis." In a press release, it said more than 25 companies are currently developing them, using its computers.

It's not surprising that Nvidia is highlighting the use of its computers in robotic taxis. The first mass deployment of self-driving cars will likely involve shared vehicles that could supplant both taxi services and current ride-sharing services that rely on human drivers. You'll probably be able to hail a self-driving car, using an app, before you can buy one.

Autonomous cars will certainly need capable computers, but the software running on those computers will need to deal with the full scope of real-world driving situations. Whether engineers really can write a piece of code for every eventuality, or teach cars to "think" for themselves, remains to be seen.