8-Year-Old Takes Mom’s VW Golf for Second Autobahn Joyride in One Week, This Time at 110 MPH

While the cops let him slide last week, he’ll now be sent to counseling to help control his high-speed urges. 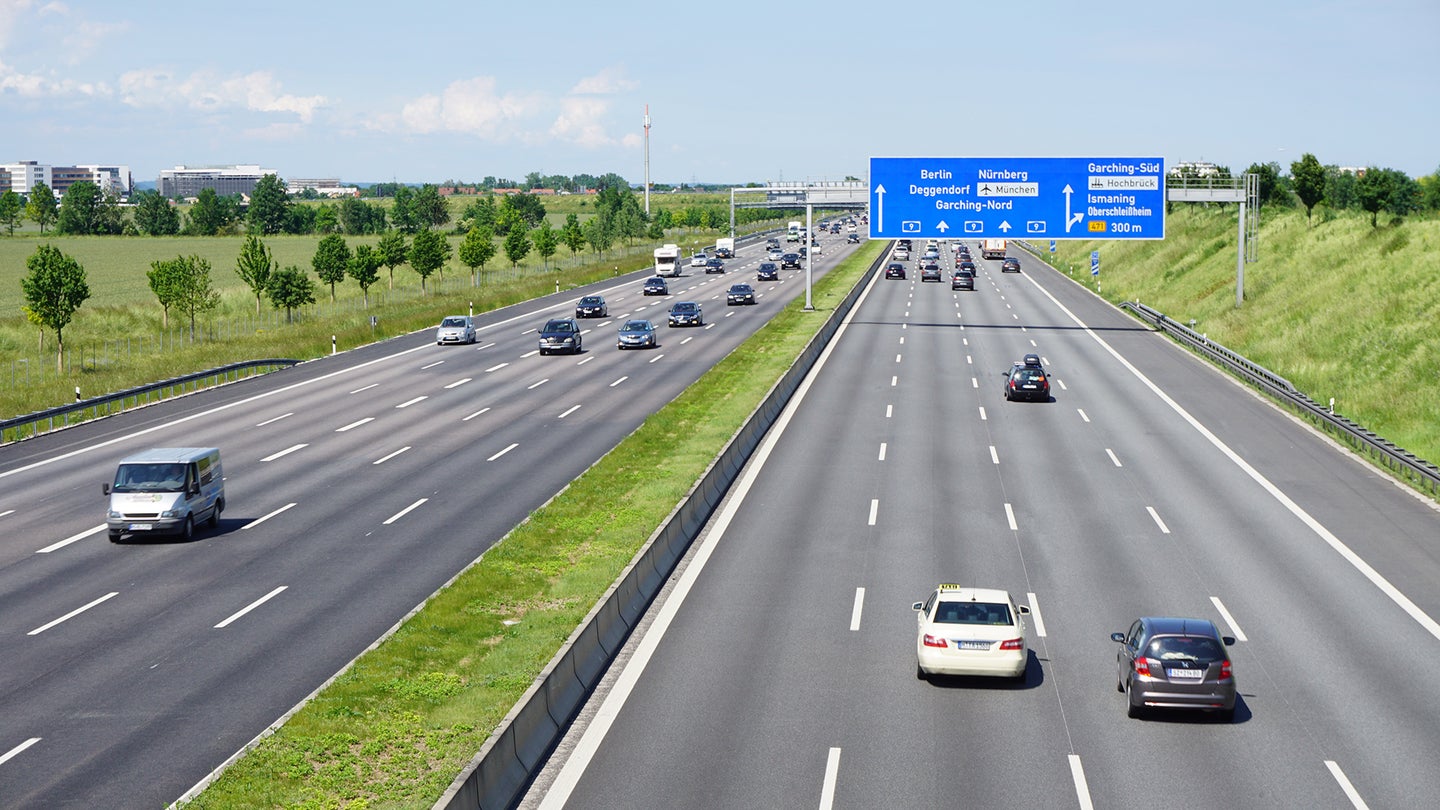 An eight-year-old boy is in trouble with police after they say he took his mother’s Volkswagen Golf for a high-speed joyride on one of Germany's famous autobahns. While that would be a big enough story on its own, the little speed demon had already been caught doing the same thing just a few days earlier, when police let him off without any citations.

Remember this kid? He wasn't so lucky this go around as he'll face some genuine consequences for his adrenaline-fueled escapades. Police say he was busted the first time for a jaunt down the autobahn traveling at speeds of up to 87 miles per hour in the same VW Golf. He became unnerved by the drive and pulled over at a rest stop to regroup when his mother caught up with him, along with the cops, whom the boy told he "just wanted to drive a little."

This trip, however, ended a bit more…abruptly for the grade-schooler. It’s obvious the boy felt braver the second time around as he was busted for running red lights and breaking several other traffic laws, reaching a speed of 110 mph on the highway. His newfound confidence was clearly misplaced, though, because police found the kid in a parking lot off the motorway, where he’d crashed into a trailer attached to a parked truck. Police say he has experience racing go-karts, but it appears that didn’t prepare him for full-on autobahn speeds.

This kid’s almost ten years away from being able to get the German equivalent of a learner’s permit, which can’t happen until age 17, and requires in-car adult supervision even then. Police said the boy will be provided psychological counseling to help him through his urges to hop in and hit the open road, and hopefully, his mother will keep closer tabs on him and her cars going forward.