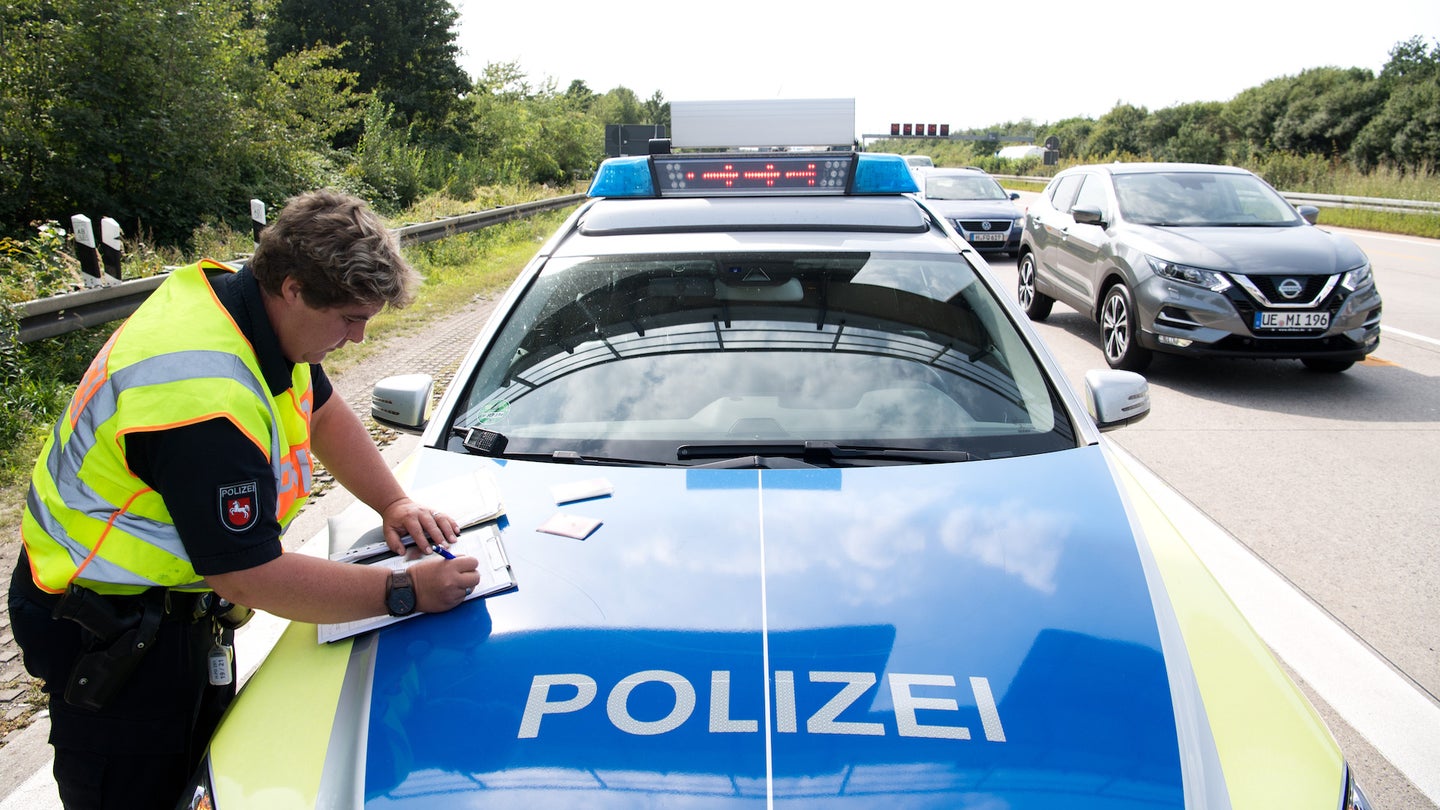 In what just might be one of the most German stories we've ever heard, an eight-year-old boy from Soest, Germany recently went on a midnight drive in his mother's Volkswagen Golf and hit a top speed of 87 miles per hour, reports CNN.

The child was reportedly found by police pulled over at an autobahn service station approximately five miles away from home shortly after receiving a call from his mother at 12:25 a.m. on Wednesday. The automatic transmission Golf was apparently found with its hazard lights flashing and a beside a warning triangle laid on the ground. What, your school didn't offer Safe Motoring 101 in third grade? When police asked the underage driver why he decided to steal his mom's car, he replied, "I just wanted to drive a little bit." You and me both, kid.

Police also say that after hitting 87 mph, the boy pulled the VW over because he "didn't feel comfortable" driving on the highway anymore. (If only more grown men—and yes, they are usually men—operated with the same level of restraint and honesty.) Cops also added that the young lad has had experience piloting a car before on private property in addition to his fair share of seat time behind the wheel of go-karts and bumper cars.

Authorities mentioned that they had a talk with the young driver about the dangers of what he did but did not lay any charges. Exactly what level of domestic justice the boy's mother had in store once they got home, however, is unclear.

Launched around a decade ago, the Memorial High School program has already produced students who are now working in the car industry.

Sporadic showers made this year’s German Grand Prix even better than last year’s, and by golly is that saying something.