The trend continues as physical controls seem to be on their way out, at least for some automakers. 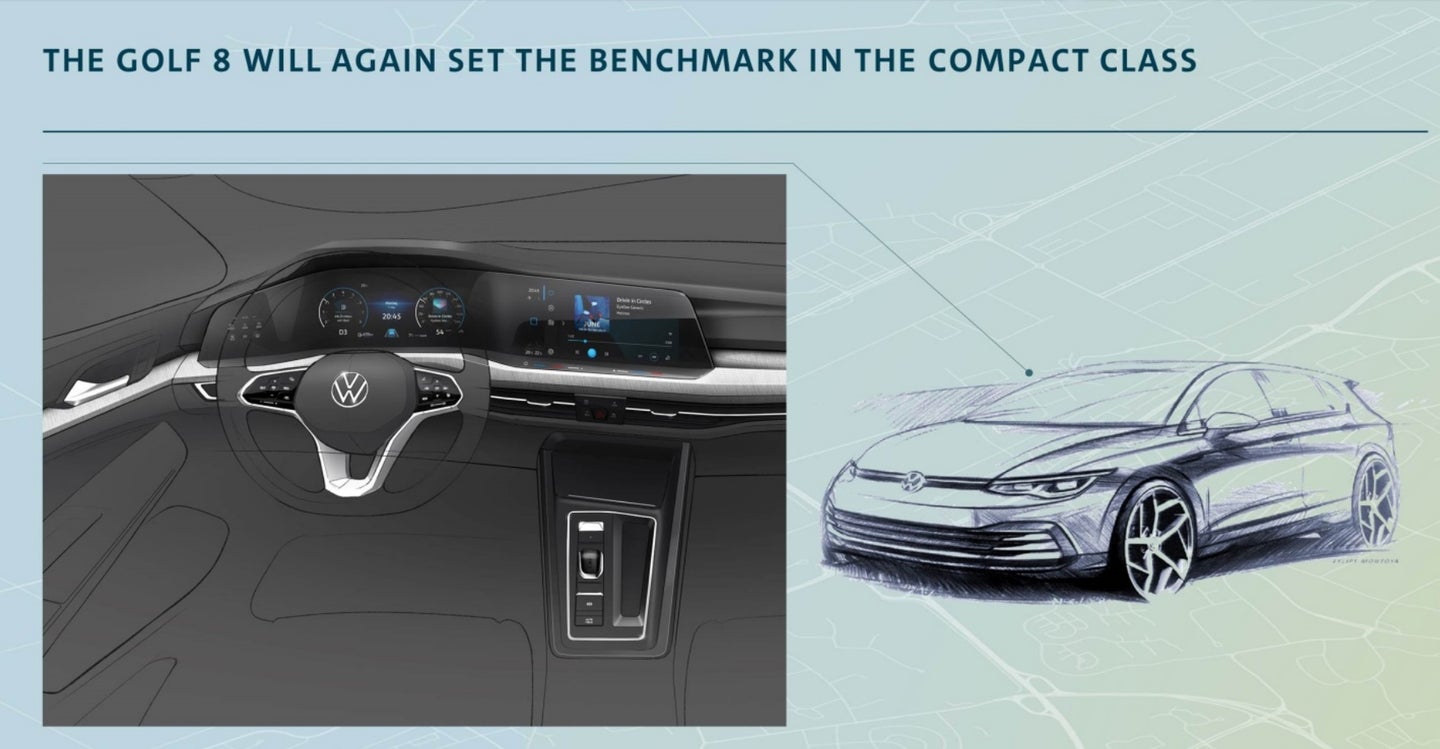 It seems the next-generation Volkswagen Golf is going to get a nice boost in fanciness by way of an Audi-derived digital dash. The Wolfsburg-based automaker recently held its annual shareholding meeting, livestreaming the conference for others to watch. Hidden in the hour and 20 minute-long presentation, Volkswagen managed to tease the interior of the next generation Golf hatchback.

Due sometime later this year for a 2020 model-year launch in Europe, the eighth-generation Golf will reportedly get a more upscale and technologically savvy interior, inspired by its sister company in Ingolstadt.

Likes some of Audi's latest models, such as the A6 and the A7, the new Golf is expected to do away with physical, analog controls and instead will incorporate more touch-sensitive and digital screen interfaces than ever before.

As we can see from the design sketches, the new Golf’s interior could gain high-definition widescreens, one for the center stack and infotainment system, and another for the main gauge cluster. Another smaller screen looks to sit to the left of the gauge cluster, perhaps acting as a control interface for other in-car functions such as managing the traction control system or even the headlights.

Physical buttons appear to remain on the steering wheel for quick access controls and on the center console for the gear selector and electronic parking brake.

Recent rumors have suggested that the eighth-generation Golf lineup might only consist of GTI models for the U.S. However, another follow-up report says that Volkswagen is still determining whether a standard Golf is needed for this country, when most are just buying the GTI.

Nonetheless, even if we are left with just the GTI, we can likely expect the same interior as the next-generation Golf in Europe, but with some sportier bits to match the performance's model's persona.

Given today’s complex systems, even a humble economy car like the Golf requires massive amounts of code.

Volkswagen did its homework and found that customers wouldn’t be nearly as willing to buy a more expensive Golf R, even one with way more power.