The video will make you wince. 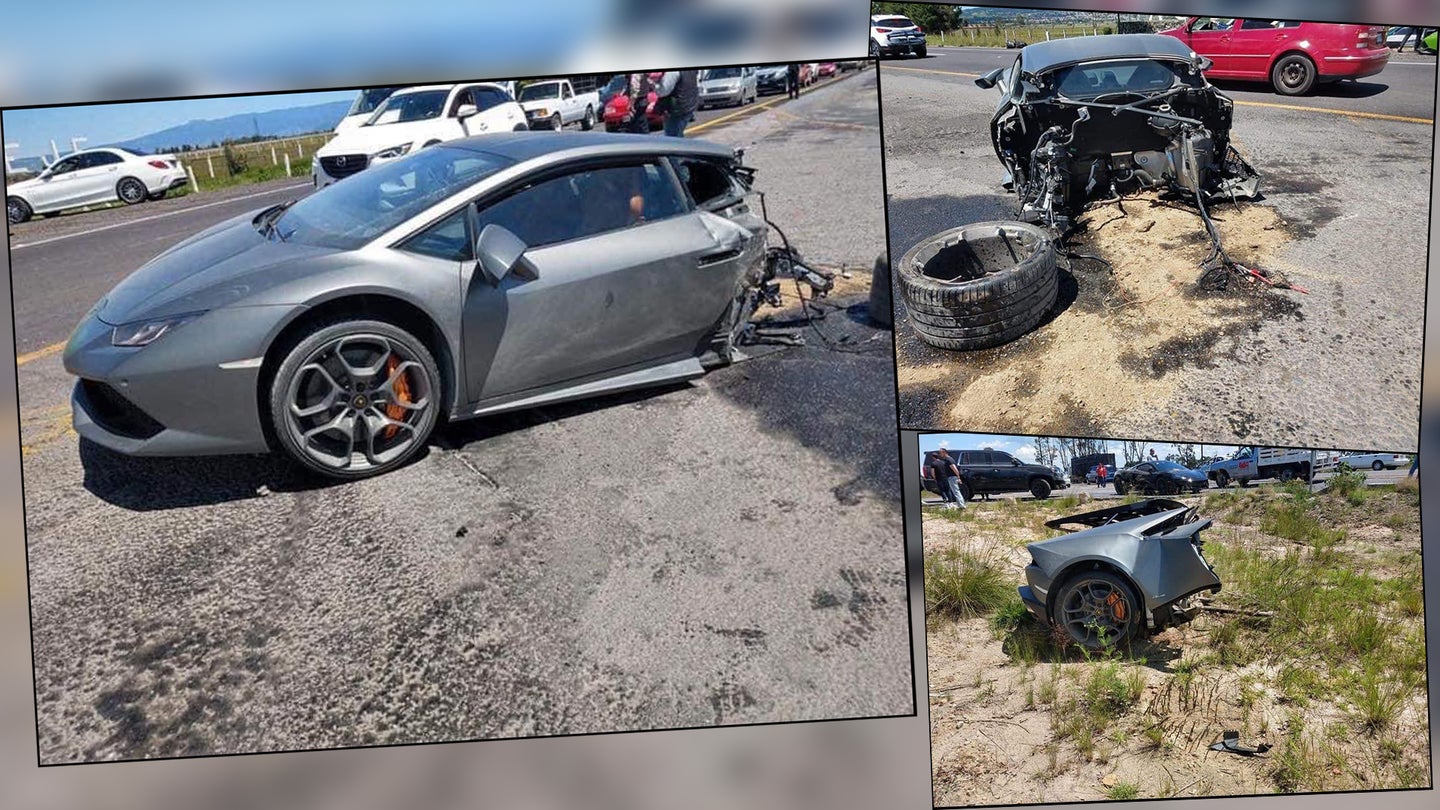 This one will certainly make you cringe: a short video clip surfaced on social media capturing the moment when a Lamborghini Huracan got t-boned by another vehicle traveling at highway speeds, leaving the expensive exotic in two pieces.

According to multiple news reports out of Mexico, a closed-circuit surveillance camera at a police station in Jocotitlán off the Toluca-Atlacomulco Highway caught the moments leading up to the crash.

It begins with the Huracan, some sort of recent McLaren coupe, and a Chevrolet Tahoe PPV leaving a facility off the highway. As the Tahoe creeps out of the driveway with its lights on in what appears to be an attempt to provide an escort, the Huracan follows suit, but is unable to look up the roadway for oncoming traffic as the Tahoe is blocking his or her view. When it seems like the coast is clear, at least for the time being and in the frame of the security video, the Huracan seems to gun it for the center crossover and the opposite throughway.

Only, the the Jeep Compass comes speeding into view from the left of the video frame, broadsiding the Huracan at what appears to be highway speed. What’s even worse is that the Compass didn’t appear to slow down at all.

As expected, the Huracan gets pushed a considerable distance before coming to a halt, while the Compass stops in the center median. It’s also easy to presume the Compass’ airbags deployed from such an intense impact.

Five people were injured in the accident, all of which were in the Jeep Compass that broadsided the Huracan. Shockingly, the occupants of the Lamborghini reportedly walked away unharmed. If anything, it’s a reminder as to how important it is to be extra careful and vigilant while pulling out of a driveway and onto a main road—especially when piloting a $200,000 supercar.

The bizarre random attack left the victim with a collapsed lung and broken ribs.