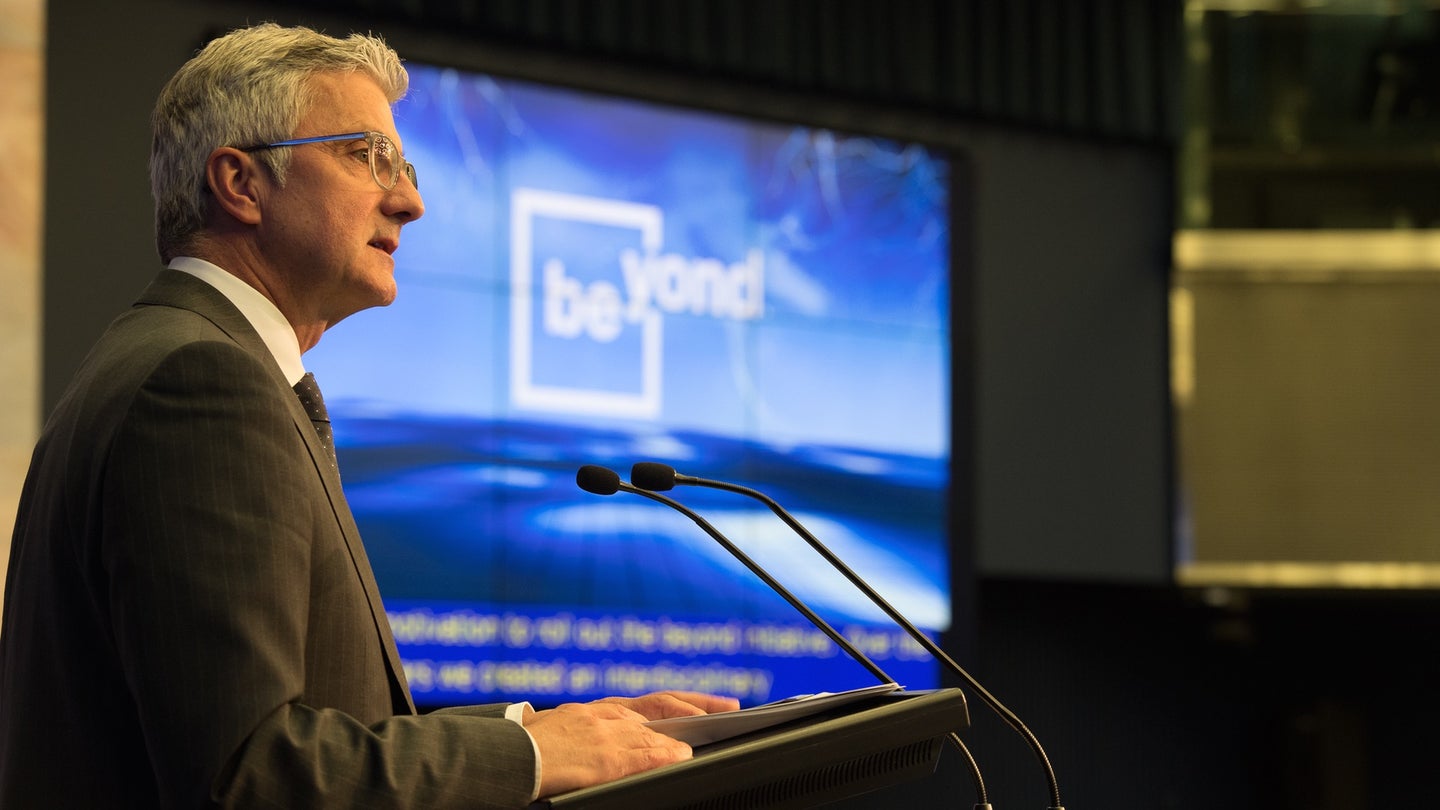 Audi has decided to make a shift to its management team in a meeting this coming Monday, reports Reuters. The changes, which involve replacing four of its top executives, happen amid Audi's involvement in the notorious Dieselgate scandal and the company's shift to electric vehicles.

Sources have reported that those being replaced include finance chief Axel Strotbek, head of human resources Thomas Sigi, and sales chief Dietmar Voggenreiter. Oddly, the board is allegedly declining to replace CEO Rupert Stadler. This comes at a time where Stadler is being criticized by media outlets, unions, and other agencies for the way he has addressed Audi's involvement in the emission-related scandals that have been revolving around Volkswagen and its subsidiaries.

Currently, Audi is addressing looming investigations against the company and its officials to determined if prosecution is necessary for its repeat offenses in the Dieselgate scandal of the past two years (something which Volkswagen has already paid a hefty $1.2 billion settlement over in the U.S. for the turbodiesel V6 engines found in some Audis). Though no charges have been filed, the company has been required to issue mandatory recalls on its diesel-powered vehicles in the United States and parts of Europe. Its shift in management might be a last hope to move around the right pieces, though a proactive approach ahead of its legal problems may have been more widely accepted.

Currently, multiple sources report that the company has candidates in mind for all positions and would not be leaving them open if management shifts as expected. One particular source mentioned that the entire transition to new management "should happen relatively smoothly," putting an bit of ease to some stockholder.

When asked about the matter, Audi declined to comment.

It's unclear exactly why Audi is replacing these top executives at this time. The majority of the public outcry has been aimed at Stadler more so than any other executive, which is why management shift for other positions seem to be rather unannounced. Speculation might lead to assumptions of displacing potential high-level executives with ties to potential Dieselgate problems, similar to former Volkswagen compliance officer Oliver Schmidt—though nothing of the sorts have been confirmed, and some of the positions being shifted wouldn't appear to have direct involvement to emission-related offenses. Perhaps after the shift occurs more will be known regarding the change.