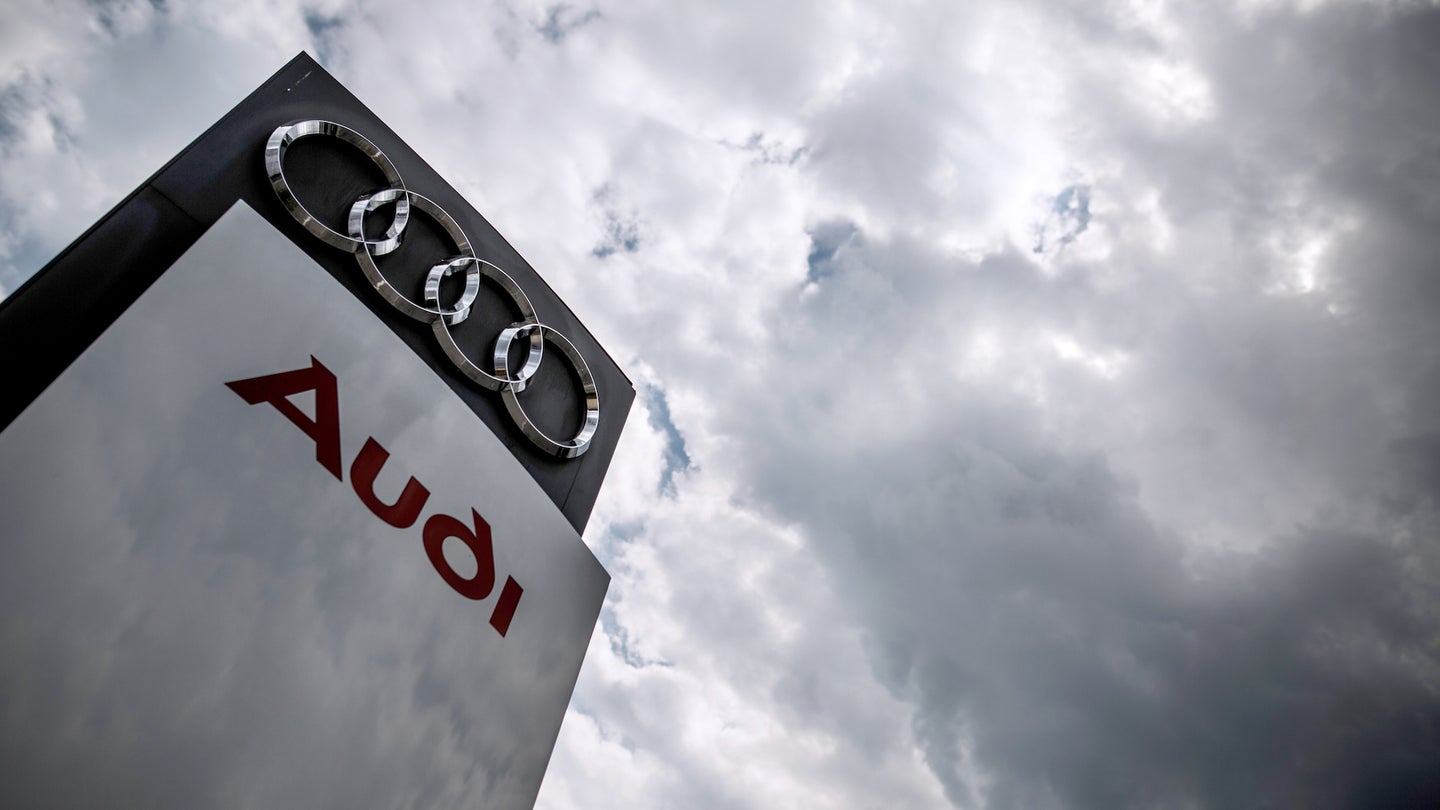 VW first admitted to cheating government exhaust emissions tests in 2015, a scandalous practice that saw the automaker install software in a plethora of cars to skew the results in their favor. The guilty plea to felony charges came two years later, bringing the current total of charged participants to 13.

The four Audi managers—Richard Bauder, Axel Eiser, Stefan Knirsch, and Carsten Nagel—worked in the company’s engine development division in Germany, with Bauder serving as head of diesel engine development specifically. According to a spokesperson for the Department of Justice, none of them are currently in custody and they are likely still in Germany.

The four men follow Audi manager Giovanni Pamio’s indictment in July 2017, with Thursday’s charges pointing toward an unrelenting pursuit of anyone responsible for the illegal methods implemented or supported throughout the relevant time period.

The 12-count indictment argues that the four managers conspired to evade U.S. emissions standards in diesel vehicles sold in the States with 3.0-liter engines, which include the 2009-2015 Audi Q7, Q5, A6, A7, A8, and VW Touaregs. In addition to conspiracy, the four are accused of wire fraud and violating the Clean Air Act, with VW spokesperson Petro Zollino adamant the company is fully supportive of the government’s pursuit of justice.

VW continues “to cooperate with investigations by the Department of Justice into the conduct of individuals,” he said. “It would not be appropriate to comment on individual cases.”

The indictment’s arguably most notable revelation was that the emissions cheating was largely resultant of the automaker’s design choices which prioritized “a large trunk and high-end sound system” rather than adhering to established laws protecting the environment from harmful, unnecessary pollution.

According to the indictment, Bauder was instructed by Audi engineers in 2008 that unless the car’s fuel tank was bigger, “Audi had to cheat to pass U.S. emissions test” and guarantee that owners could drive 10,000 miles before requiring dealer visits to service their cars.

As it stands, VW’s plea deal in 2017 involved instituting thorough reforms, agreeing to stronger oversight and new audits, and paying over $25 billion to affected vehicle owners, regulators, states, and dealers in the U.S. Furthermore, the company agreed to buy back around 500,000 polluting vehicles, which will continue throughout the year. Audi was fined $926 million in October.