I'm not sure there's anything more Italian than this. 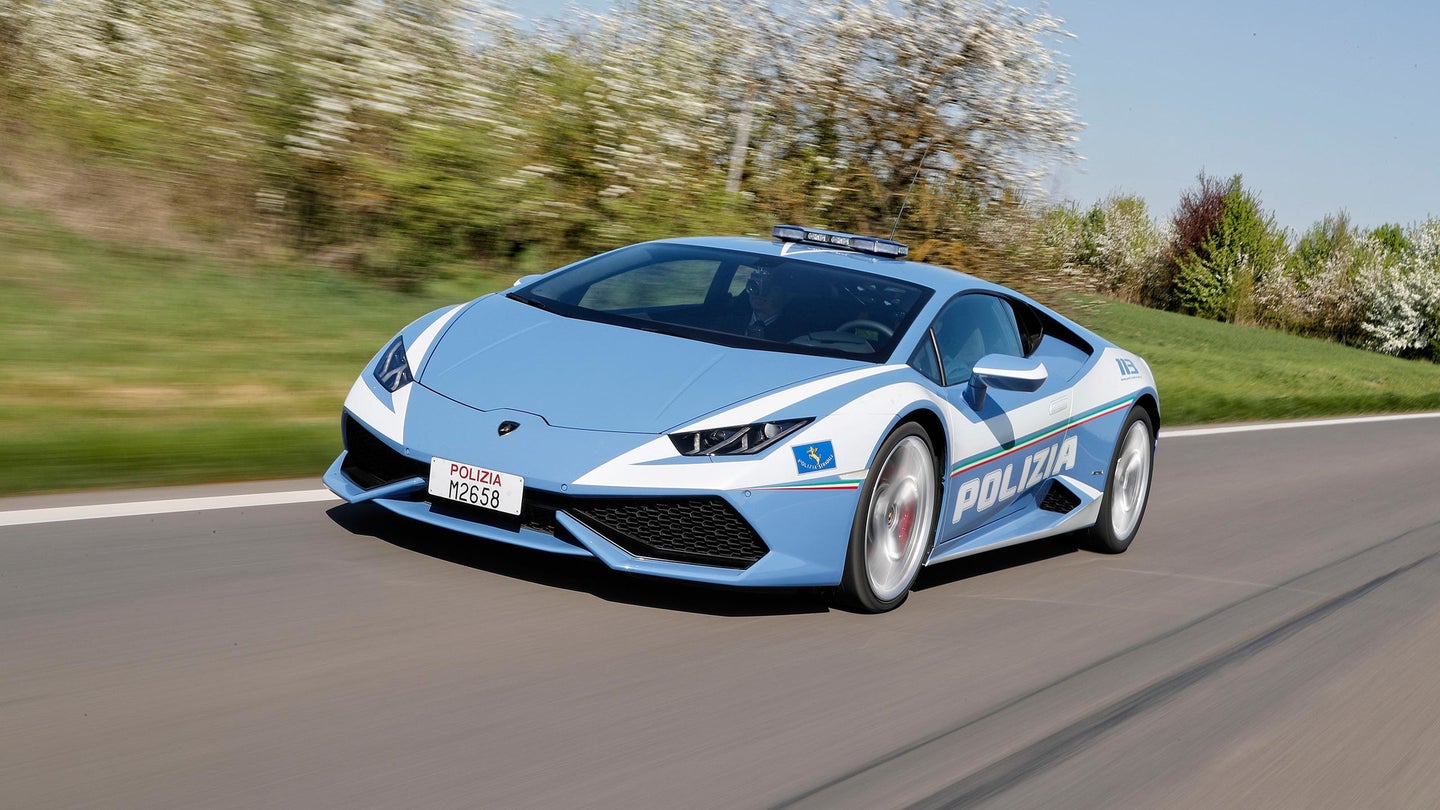 Averaging 145 miles per hour, the Italian State Police delivered a donor kidney last week from Rome to Padua—a journey of more than 300 miles—in around two hours. The Lamborghini Huracan they used, which was specially modified for such tasks with a refrigerated frunk, was obtained by the Italian police back in 2017. Speedy organ delivery isn't its only job, though. In fact, it's a regular patrol vehicle for the department with lights, a police computer and other equipment necessary to perform traffic stops and arrests. Luckily for other speeders, it was too busy flying down the road for officers to check their radar guns.

The Italian State Police posted a video on Twitter after the delivery was complete. It's somewhat bizarre to see a Lamborghini Huracan, exhaust popping and V10 screaming, flashing police lights and speeding down the highway, but that's Italy for you. The police's tweet also thanked the Ministry of Health, the National Transplant Center and, of course, Lamborghini.

The kidney's high-speed journey began in Rome, which is nestled in the center of Italy. It was then transported to Gemelli University Hospital in the northern city of Padua, a distance of 303 miles or 489 kilometers. The entire trip allegedly took just over two hours with reports that the Lamborghini averaged 145 mph between the two cities. For reference, Google Maps estimates that this journey would take at least five hours in normal conditions.

It's unclear why a helicopter or something of the sort wasn't used, as that would've likely been even faster. Perhaps none were available, or there would've been a delay to get one. That's not to say this wasn't an effective use of the Huracan's 5.2-liter, 602-horsepower V10, though. If anything, it's probably one of the best ways to use a supercar.

The Italian State Police actually has a few Huracans for situations like these, and they're also outfitted with a refrigerated frunk for transporting organs or other temperature-sensitive medical supplies. The vehicles also have defibrillators on board, making them much more than just a loud way to give tickets to speeding Italian motorists.