The Brooklyn Bridge has been closed both ways as a result of the crash, so you may want to plan ahead. 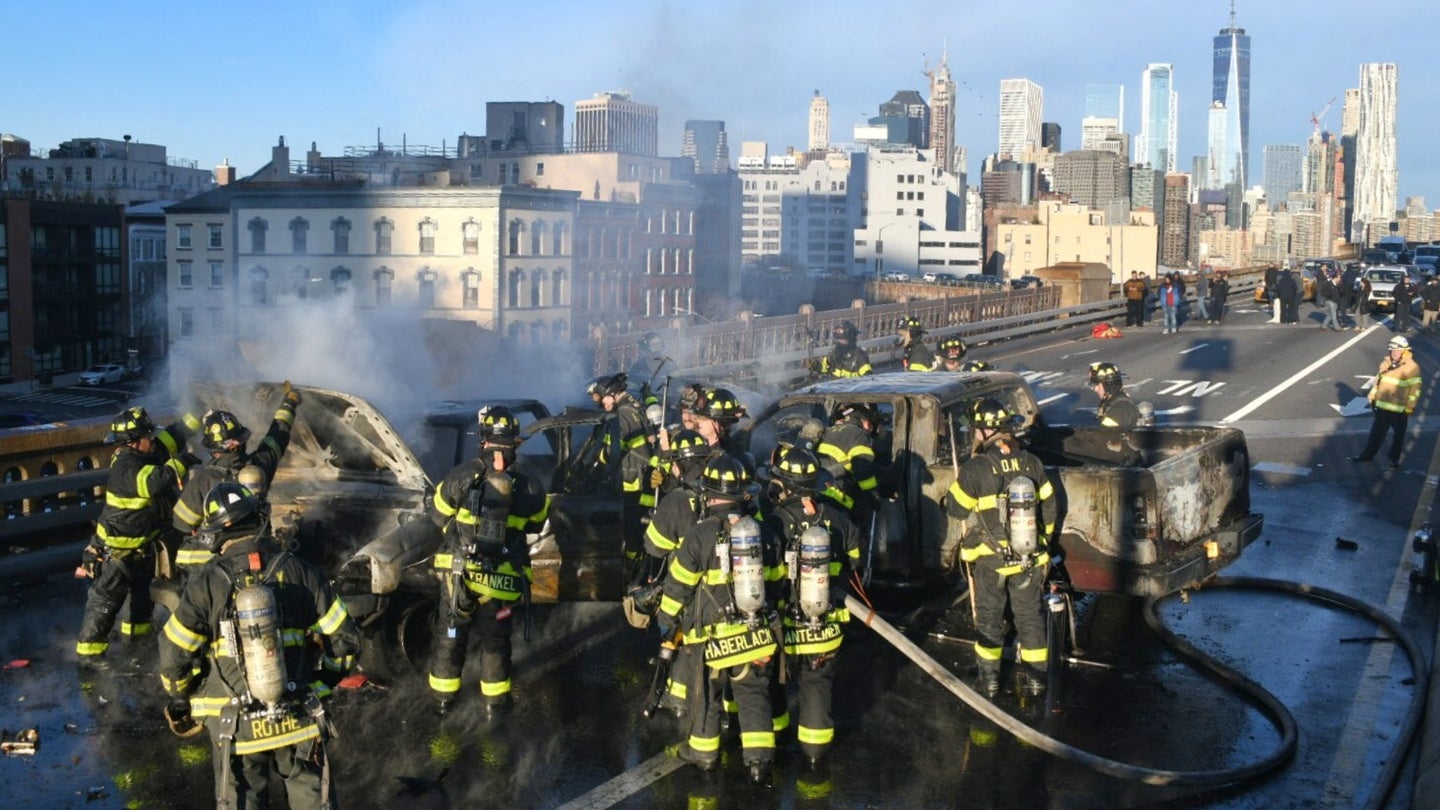 One person is dead and five others injured after four cars were involved in a crash on the Brooklyn Bridge Wednesday morning, according to ABC7.

Just after 7 a.m., the four cars reportedly crashed on the eastbound side heading towards Brooklyn, and three of those cars then caught fire. Less than an hour later, firefighters reported one fatality and that the blaze has been put out. As a result, the Brooklyn Bridge has been closed to traffic on both directions.

It's unclear at this time what caused the deadly accident. Given that it was partly cloudy with no precipitation in the New York borough this morning, it's unlikely weather was a factor—unlike the snafu that resulted on the George Washington bridge last week when New Yorkers saw this season's first snowfall.

The fact that the now-charred pickup and crossover involved are both seen sitting horizontally across the roadway definitely raises questions.

The Brooklyn Bridge recently found itself making headlines as the FBI tries to work out how to transport drug kingpin Joaquin "El Chapo" Guzman Loera from his high-security prison in Manhattan to the Brooklyn Federal Court. The high-profile convict's pretrial hearings early last month saw the Brooklyn Bridge closed twice every day—once on the trip to the courthouse, once on the way back.

In other bridge-related motoring deaths, one Nashville Nissan GT-R driver lost his life just yesterday when a piece of concrete was allegedly thrown off of the Shelby Avenue Bridge.