2020 Ram HD: Our Best Look Yet at the Upcoming Heavy-Duty Pickup Truck 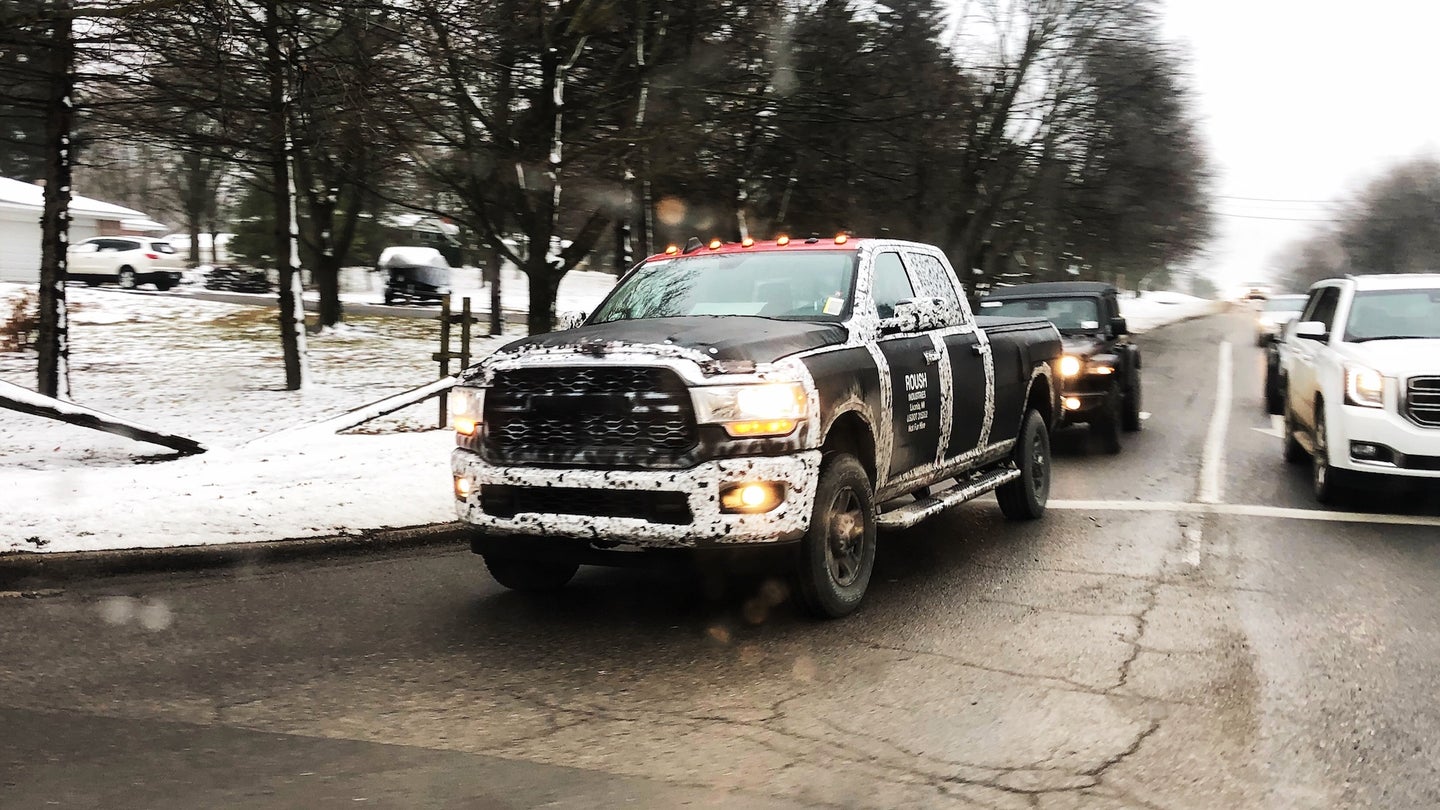 The Drive has acquired several photographs of what appears to be Ram's upcoming heavy-duty pickup truck; more specifically the 2020 Ram 2500 and 3500 HD. Although this isn't the first time the all-new behemoth has been spotted testing in the wild, this is the first time we've gotten a good look at the front end of the Ram pickup.

The photos were taken in Oxford, Michigan, a town located about 15 miles north of Auburn Hills where Fiat Chrysler Automobiles is headquartered, and about 80 miles northwest of the brand's Chelsea Proving Grounds. According to our source, there were up to three different Ram HD mules testing in the area over the weekend, but this particular one photographed here featured the least amount of camouflage. It's not clear if the trucks were performing a specific testing program that would require several units on the road, especially as the weather was a mild (for Michigan) 40 degrees and raining. Hence, not quite a cold-weather testing day. A Ram Trucks representative declined to comment.

As the photographs show, the three-quarter-ton truck boasts a large and muscular presence courtesy of its tall ride height, massive four-door cab, and long bed. Up front, the new grille resembles an updated design of the one currently found in the higher trims of the Ram HD, such as the Laramie and Laramie Longhorn. But unlike the current model, it appears that the new-gen truck will feature either the Ram logo or word "Ram" on the crosshair grille— or so the rectangular piece of black camo right smack in the middle of the grille leads us to believe.

A quick Google search of the company listed on the Ram's door: "Roush in Livonia, Michigan," turned up a website for Roush Industries, a company founded by NASCAR team owner and Hall of Famer Jack Roush. The company claims to serve the "alternative fuel, aerospace, automotive, defense, oil, gas, and renewable energy markets with engineering and prototyping."

Ram has been extremely hush-hush about its new baby brute, but considering the 2019 North American International Auto Show in Detroit is around the corner, we wouldn't be surprised if test mule sightings increased, or if we saw it commandeer the big stage at its home auto show in January.

One thing is for sure, given the success of the brand's all-new 1500 half-ton, the new 2500 and 3500 will most likely pose a big threat to the likes of Ford and Chevrolet.