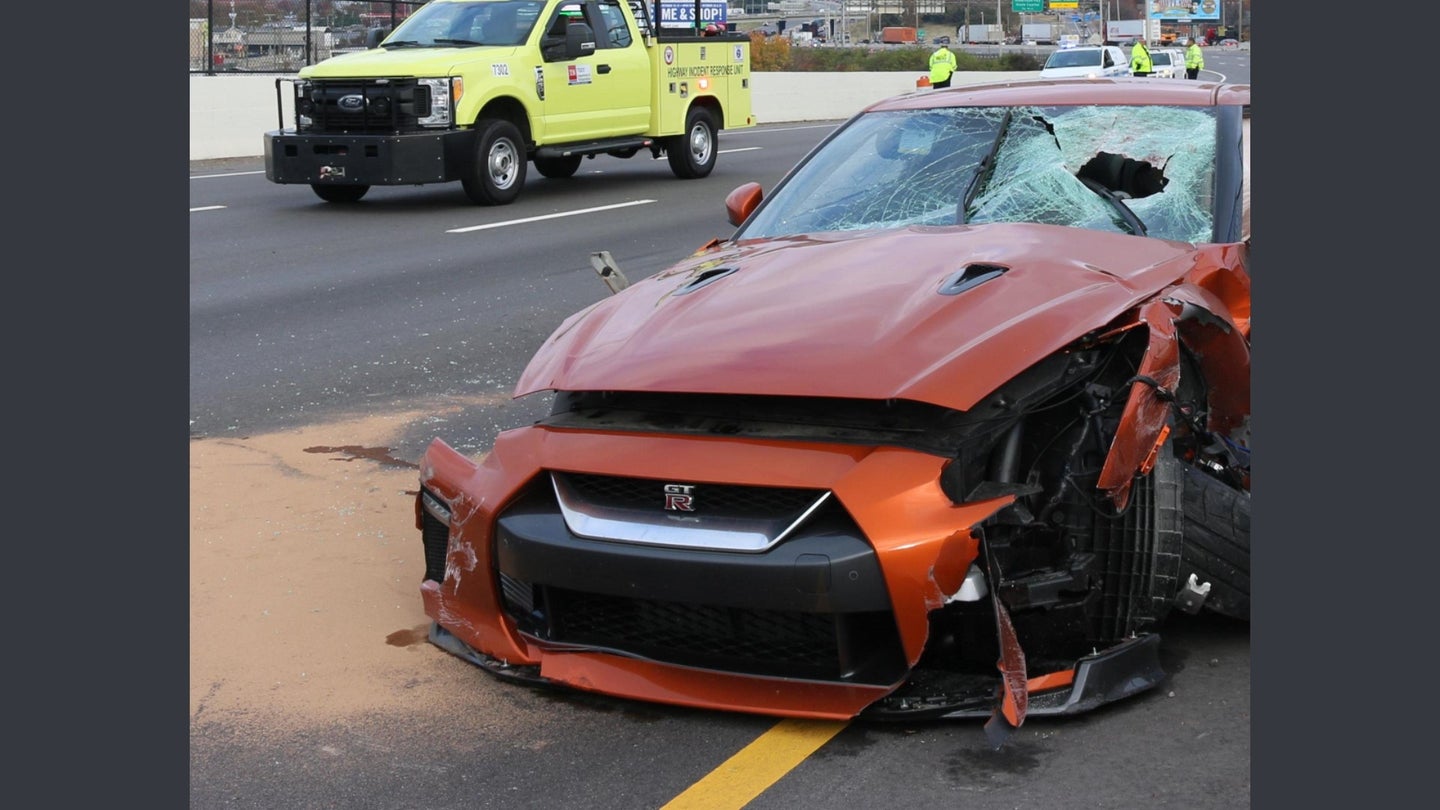 The driver of a Nissan GT-R was killed in downtown Nashville early Tuesday morning after a large piece of concrete was allegedly thrown off of the Shelby Avenue Bridge and onto I-24, according to WKRN.

The man behind the wheel, 54-year-old Joe C. Shelton Jr., was reportedly a Nissan employee. According to the original article, the piece of concrete went through the GT-R's windshield and hit Shelton in the face, as corroborated by police photos of the aftermath. The Nissan then sideswiped a Toyota Tacoma pickup truck, hit the guardrail, and then stopped at the Silliman Evans Bridge.

Per the Tennessee Department of Transportation, which has since inspected the Shelby Avenue Bridge, the piece of concrete that went through Shelton's windshield "was not part of the structure and more closely resembles a roadway curb." Police believe it likely that the concrete was deliberately thrown off of Shelby Avenue and not a piece of crumbling infrastructure.

Hence, the incident is now being investigated as a homicide and police are reviewing nearby surveillance footage as well as asking the public for tips. Anyone with information is urged to call Crime Stoppers at 615-742-7463 or contact Nashville PD directly through social media.

It's unclear whether the supercar was Shelton's personal vehicle or a company car. In any case, Nissan issued the following statement: "We are saddened to learn of Joe's passing. Our deepest sympathies are with his family members, friends, and colleagues at this difficult time."

A Porsche Cayenne and Ferrari 458 were directly involved in the fatal head-on collision.