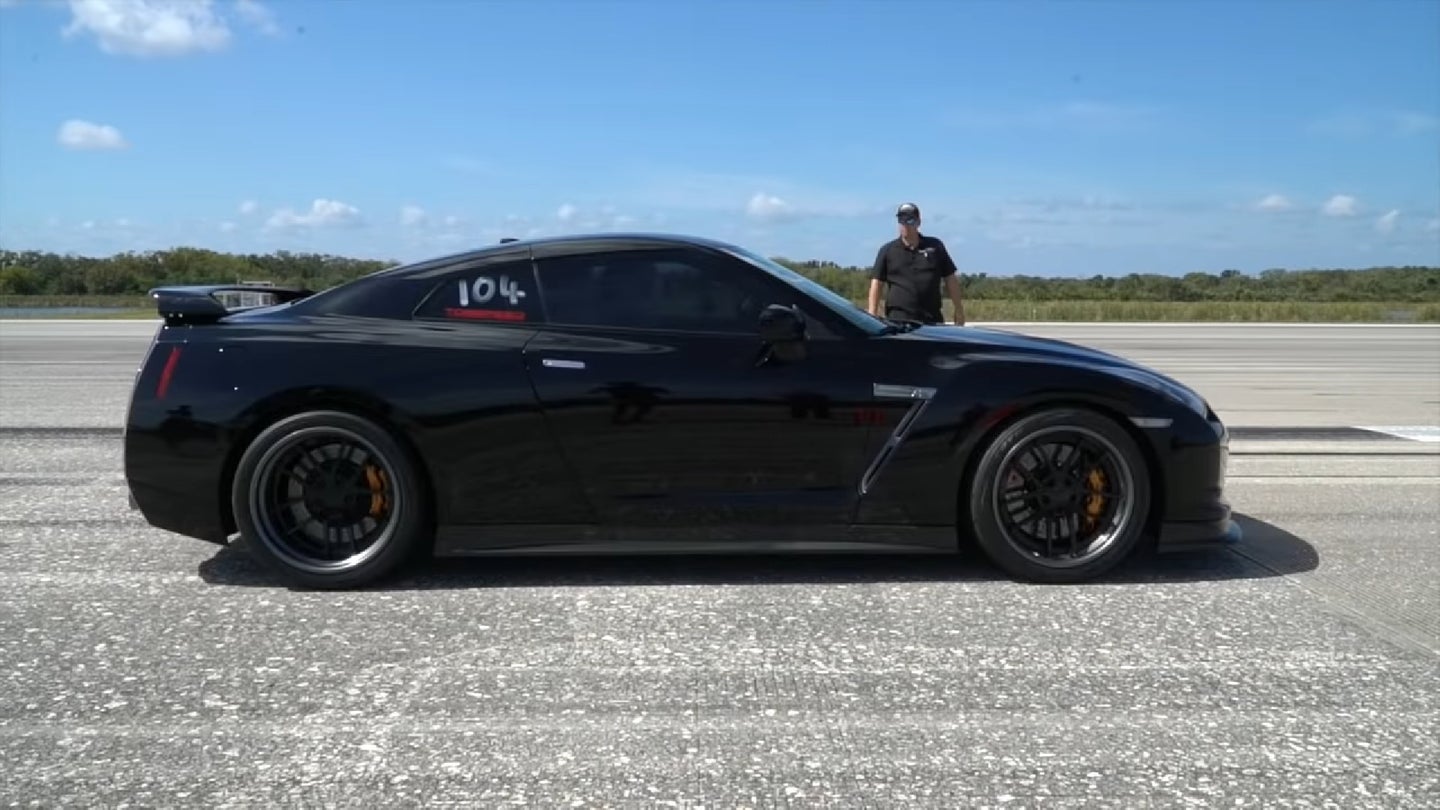 When the 196-mile-per-hour R35 Nissan GT-R was initially launched way back in 2007, Nissan claimed the car was "untunable." So, naturally, here's one modified example that can hit 235.

Yes, apparently putting down 1,100 horsepower at the wheels, this souped-up Godzilla can reach a top speed that'd make a Bugatti blush. Okay, so the original Veyron's 253 mph top speed is still a ways away but according to the video's description, "we have yet to see the true top speed a Nissan GT-R can achieve." Pretty remarkable considering the Nissan has ten fewer cylinders and two fewer turbos than that Bugatti.

Even on video, 235 mph looks speedy AF and more than a little harrowing.

Not much is known about this particular car other than the fact that it's a 2009 model year GT-R with its (albeit modified) factory twin-turbo V6 and six-speed automatic transmission intact. It supposedly weighs 3,700 pounds, around 140 pounds less than stock, and pumps out a mighty 850 pound-feet of torque to go with that 1,100 hp.

Nissan's supercar-beater will turn 12 years old by the end of this year, which in car terms might as well be 120. While a successor is supposedly happening and promised to be the "fastest super sports car in the world," it doesn't sound like it's coming any time soon given the company apparently hasn't decided on whether or not to use an electrified powertrain or not.

In the meantime, I guess we'll all just have to settle for four-digit horsepower GT-Rs of the homemade variety.

Stick to the streets, man.