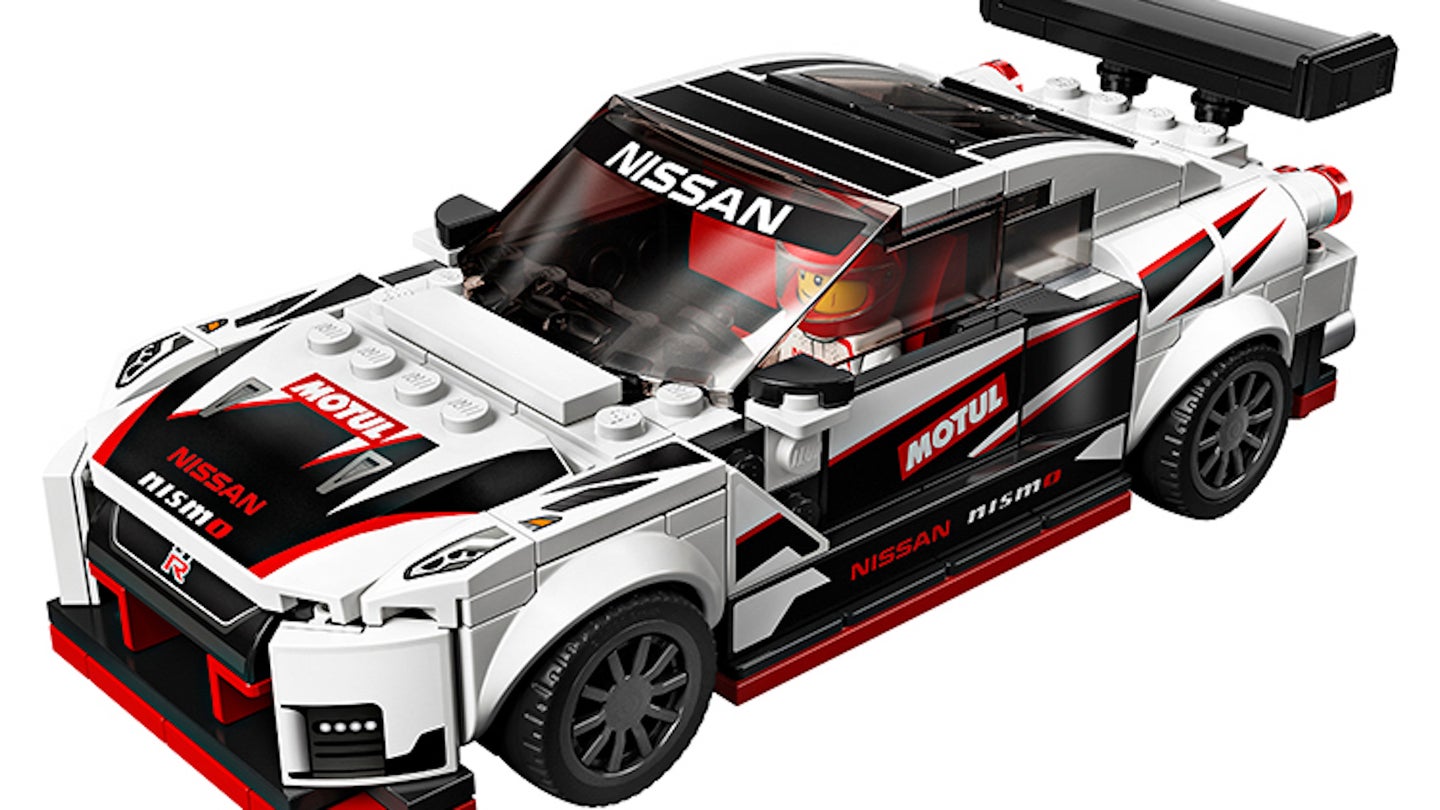 Nissan and Lego have teamed up to create a GT-R Nismo block kit due out in early 2020. The amped-up Japanese sports car will be the first of a new line of vehicles from Lego, who claims that its new Speed Champions kits will be larger and more accurate than ever before. Even better, it will cost just a fraction of the real $212,000 Godzilla.

The Lego GT-R comes with 298 parts and the company says it should take an expert builder just 20 minutes to put together. Normal builders should be able to finish the build in about an hour, which means many hours of fun since it allegedly runs on "creativity" instead of the much more expensive premium fuel. Looking at the kit, it's quite accurate compared to the real car, especially as the GT-R's design has grown more and more aggro over the years. The model's front fascia and the taillights are great representations of the real car, and there are apparently both forward and backward gears.

"The GT-R has been at the top of our wish list," said Lego's Chris Stamp. "We spent a lot of time exploring different building techniques to correctly recreate the taillights, as they are one of the most recognizable details on the car."

The partnership is a first for Lego and Nissan, though the block-maker has worked with other automakers like Bugatti, Land Rover, McLaren, Dodge, Ferrari, Porsche, and many others. The GT-R NISMO will be available globally in January 2020 as part of the Lego Speed Champions collection.

"The GT-R has been part of my life since I was 10 years old," said Nissan chief product specialist for the GT-R Hiroshi Tamura (widely known as Mr. GT-R). "Working with the Lego Group was like awakening my inner 10-year-old self to rediscover what makes the GT-R so special to me. It's amazing how much the Lego Group's attention to detail reminds me of our own craftsmen."