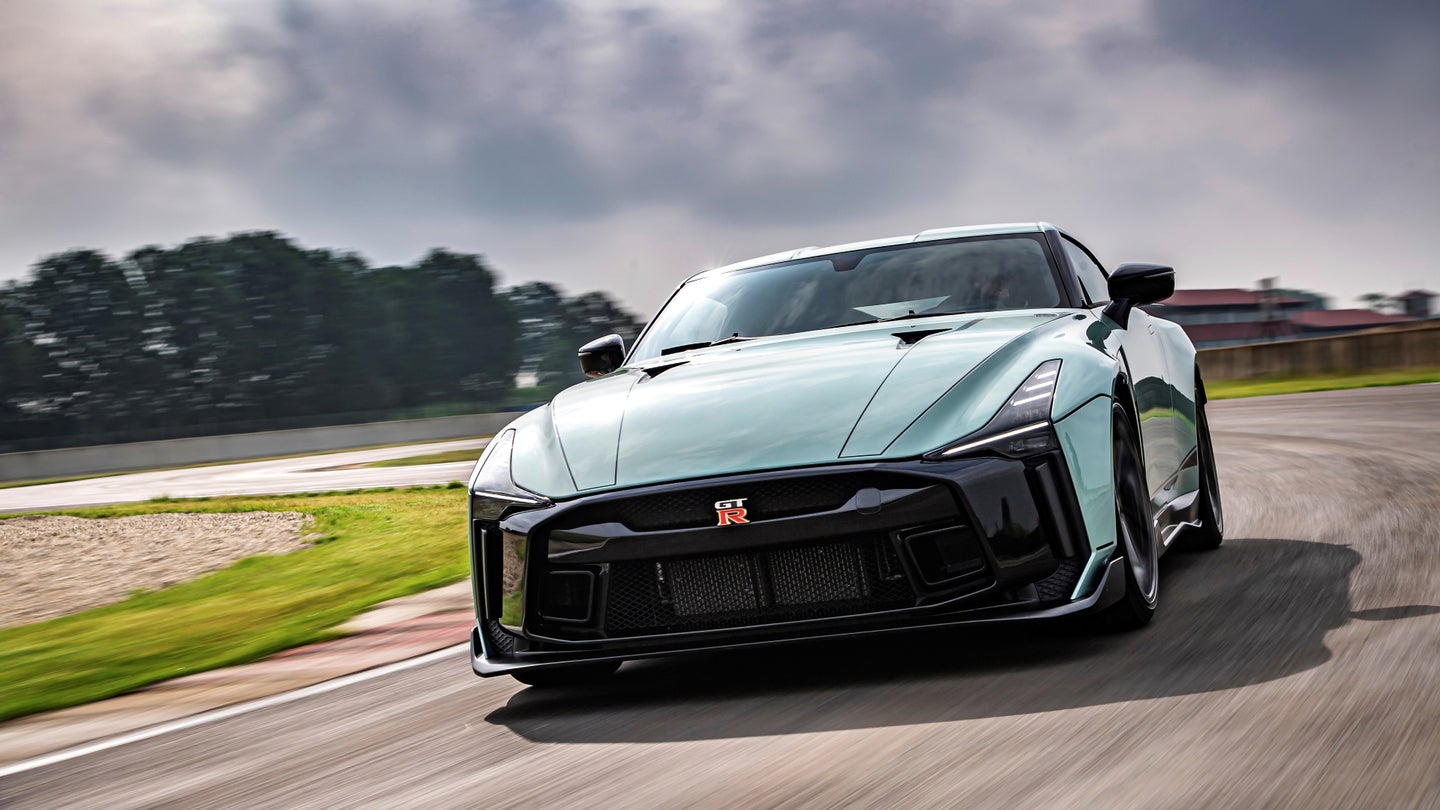 Coronavirus has been particularly bad for every country and corporation around the globe, but it's no secret that it's truly hurt Nissan's back-to-profitability plans—among many other things. But just like the Bugatti Divo; global health and economic crises don't seem to mean much to a certain special edition of the Nissan GT-R. Yep, against all odds, the $1.1 million, limited-run Nissan GT-R 50 by Italdesign is officially in production.

Granted, only 50 cars are being made since its existence is meant to celebrate the 50th anniversaries of both the GT-R in 2019 and Italdesign in 2018. First debuted as a prototype two years ago, the production version you see here ditches the gold trim for gloss black, but most of the design cues that made us fall in love with it remain.

Tested at the Tazio Nuvolari circuit in Italy, the GT-R 50 is a bit more than just a Nismo GT-R in a gorgeous Italian body kit. Its hand-built 3.8-liter twin-turbo V6 has been tuned to produce 710 horsepower instead of the measly 600 that's on tap with the "regular" Nismo GT-R.

"After we had to renounce to the world premiere at the Geneva Motor Show and, after the partial stop of our production activities due to COVID-19, in early May we have returned 100 percent operative and can confirm the delivery of the first cars between the end of this year and early 2021, as planned," said Italdesign boss Jörg Astalosch.

Italdesign says that a bunch of customers have already plopped down their deposits and are in the process of customizing their GT-R 50s, but a "limited number" of spots remain for anyone else who'd like to blow over a million of their hard-earned dollars on this special version of Nissan's flagship sports car.