Nissan Couldn’t Have Picked a Worse Time for This

Also today on Speed Lines: How the trucking and e-scooter businesses are dealing with the outbreak. 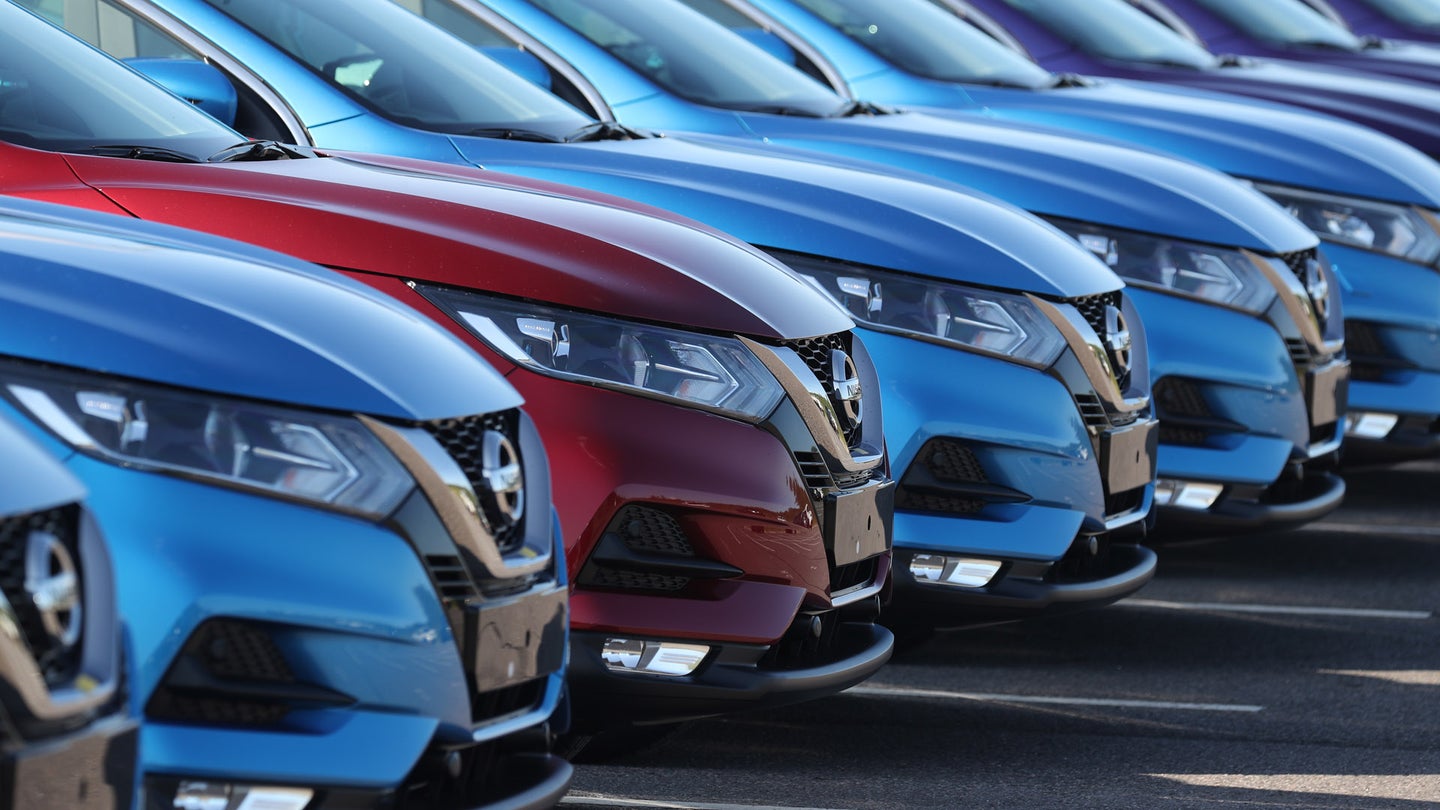 Good morning and welcome back to Speed Lines, The Drive's morning roundup of what matters most in the world of transportation. I hope you had a relatively restful weekend, given everything lately. We are all in this together.

Things are bad at Nissan. They've been bad for a long time. Pick a problem, and the automaker has it: an aging lineup, an unclear brand lineup in many markets, a troubled partnership with Renault, sinking profits, declining demand in China and executive-level shakeups on the heels of one of the biggest and most bizarre scandals in automotive history.

And that's all before you got to where we are now, as the world hits pause over the coronavirus epidemic and the global economy faces a potentially unprecedented downturn. Nissan's working on aggressive post-Carlos Ghosn comeback plan, but executing that plan couldn't come at a worse time.

Here's The Wall Street Journal on that, emphasis mine:

Even if times were normal, it would be hard enough to rescue Nissan. In the final quarter of 2019, before the world knew of the novel coronavirus, the car maker posted its first quarterly loss since the global financial crisis in 2009. Its shares fell 27% in 2019 despite a global uptrend and have plunged with the rest of the market this year.

The coronavirus is taking the bottom out of the car market. Nissan’s sales in China were down 80% in February from a year earlier, and they fell 13% in the U.S. in the same month, before car companies announced factory shutdowns. Those are its two biggest markets, and Nissan hopes to jump-start its U.S. sales with a new Rogue sport-utility vehicle and Frontier pickup.

“New product goes a long way, but because of this looming downturn you may invest all this money and not get a good return on it. The timing is terrible for them,” said Christopher Richter, a Tokyo-based analyst with CLSA. “It’s going to be like crossing a tightrope with a swamp full of alligators beneath you.”

[...] Nissan has the factory space to build seven million cars annually—Mr. Ghosn’s old sales goal—while it expects to sell only around five million for the year ending March 31, an estimate made before the pandemic spread widely in the U.S.

The company made a lot of bad bets on markets that didn't pan out, like Indonesia, and the speed of getting things done is hampered by the dense bureaucracy with alliance partner Renault. Also, here's an interesting tidbit from COO Ashwani Gupta, who seems pretty intent on cutting through the bullshit and getting things done:

He grew animated describing how Nissan went nearly three years without introducing a new car in Japan. “Come on. We have not launched a single model in so many months in such a big market?” he said. “Cut cost and this and that, it’s a one-day job. If we really want to sustain and grow, there is only dealer engagement and motivation, fueled by new products.”

Gupta argues Nissan shot itself in the foot in the U.S. market with steep discounts, price cuts and incentives that destroyed profits, but amid the coronavirus downturn, it may not have a choice but to continue that for now.

This is why you try and shore up savings and make sound decisions when times are actually good.

Truckers Have To Keep On Trucking

While much of the country—and indeed the world—has been ordered to cease non-essential travel and stay inside, the trucking industry is working harder than ever to get medical supplies where they need to go and prevent shortages of food and other essential goods. Here's a briefing from Wired on what that's like right now:

“Covid-19 is causing the mother of all supply chain disruptions,” Peggy Dorf, an analyst with the freight marketplace DAT Solutions, wrote this week on the company’s blog. Emergency medical supplies like masks, ventilators, and soap need to be transported from manufacturers to medical centers, and the raw materials that help manufacturers build those things—paper, plastic, alcohol—need to get to the factory. Grocery shelves must be restocked, and quickly, while customers like schools no longer need their regular shipments. Americans everywhere cry out for more toilet paper.

[...] One point of contention is that essential feature of the truckers’ life: the truck stop. Even as public health officials close down restaurants and bars for fear of spreading the novel coronavirus, truckers are hoping states make an exception for their travel centers. In Pennsylvania, a Tuesday shutdown of public interstate and turnpike stops led to a revolt from two national lobbying groups, the American Trucking Association and the Owner-Operator Independent Drivers Association. The groups say truckers need those places to sleep, because parking lots are often the safest places for drivers to pull over for some shuteye. On Thursday, the Pennsylvania DOT said it would reopen the parking lots and bathrooms in 13 of the 30 state-operated stops.

Let's Check In With The Electric Scooter Industry

Folks, it's not great! From The Verge:

Lime, the largest e-scooter-sharing company in the world, said it would be suspending service in nearly two dozen countries. Bird said it would halt operations in six US cities as well as all of its European markets. And Spin, which is owned by Ford, has had to pause service in “very few” cities and universities.

The decisions to suspend service reflect the rapidly changing environment in the US and around the world in response to COVID-19, the disease caused by the novel coronavirus. Just three days ago, Lime was the only scooter company to halt operations in two US states and three European countries.

Now, with “shelter-in-place” orders, social distancing, and most people simply staying at home, scooter companies are likely seeing a steep drop in demand.

The story says Lime is making the most drastic cuts in more than a dozen countries, including the U.S.

I don't know, I never considered these stupid things to be The Future of Urban Mobility® the way they were touted. And if coming out the other side of the coronavirus epidemic means there's fewer of them littering sidewalks and parks like toys that spoiled kids refuse to put away, I'll be totally fine with that.

Without Sports, Gamblers Are Losing Their Minds and Going All-In on Marbles and Video Games (MEL)

How the Virus Got Out (NY Times)

What businesses in the transportation world won't survive this epidemic?