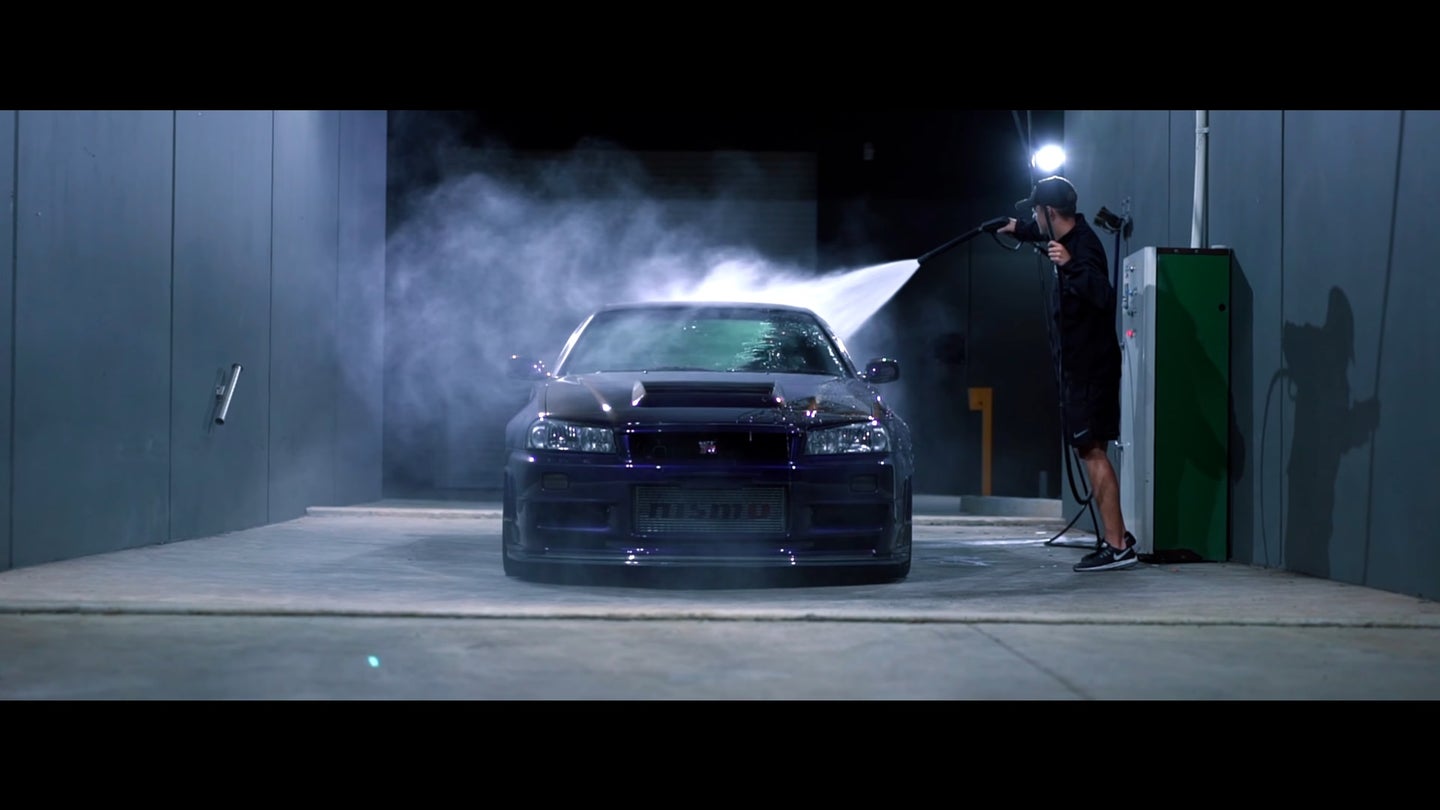 Nissan Skyline R34 GT-Rs are currently a hot commodity, especially in the United States where we can't quite get our hands on them yet. Collectors are scrambling to import and hoard limited edition R34 variants protected under the Show and Display law so we can still see this forbidden fruit at car shows on occasion, but there's one R34 that's still shrouded in legend, away from prying American eyes.

It's called the Z-Tune, and it's objectively the ultimate Skyline. Built both for NISMO's anniversary and as a sayonara to the R34 generation, the Z-Tune was the last true Skyline GT-R before the two models were split. Nissan bought 18 low-mileage GT-R V-Specs and one V-Spec II, completely stripped them down, restored them, and resprayed all but one car in Z-Tune Silver. Every Z-Tune was then fitted with a new 2.8-liter, twin-turbo inline-six, similar to those used in NISMO's GT500 race car. The result was 500 horsepower and a top speed of 203 miles per hour. They also received other GT500-derived goodies, including more cooling vents, larger brakes, and wider wheel arches.

A video shot by Hartnett Media gives us a rare look at a Z-Tune as it gets washed and detailed. According to the description, this 2006 Z-Tune is fresh from NISMO's Omori restoration facility in Japan, where it was rebuilt and repainted in the coveted Midnight Purple III color. It's unclear whether this is the single Z-Tune allowed to retain its MPIII paint job or one of the 18 silver examples that's been resprayed, but either way it's ridiculously rare.

Prices for Z-Tunes are currently hovering around $500,000, but some speculate that this car is more in the ballpark of $800,000 given that it's now the best-restored example and in such a rare and desirable color. It’s definitely a car that's bound for a museum or private, climate-controlled garage rather than the nearest touge course.

The ultimate GT-R commands a gigantic premium over the base car. This is why Nissan thinks it’s worth it.