An alleged Nissan engineer reveals why the Datsun 510-inspired concept never made it into showrooms. 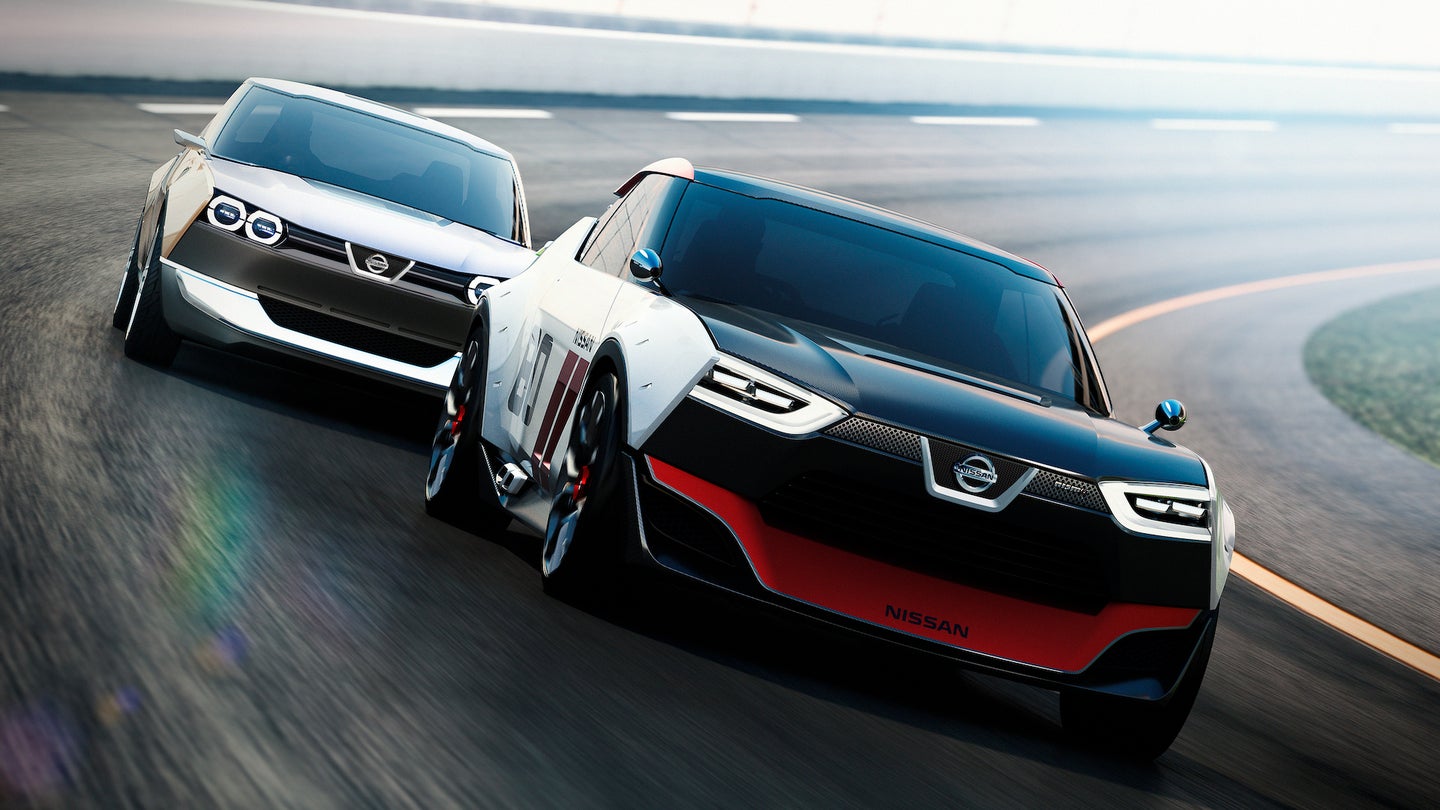 Do you remember Nissan's 2013 throwback to the Datsun 510, the IDX concept? Of course you do, it was the last indication Nissan gave us that it still knows how to build exciting new cars—a few fast Leaf variants notwithstanding. The overall reception of the little coupe was positive across the board, and Toyota had already proved with the GT86 that there was still a market for inexpensive, front-engined, rear-drive sports coupes. So why did the IDX up and disappear from the face of the earth?

Like many concepts that never come to fruition or overseas models that aren't available Stateside have proved, hype doesn't necessarily mean there's a profitable business case. According to a Reddit post from a Nissan engineer (who confidentially confirmed their identity to The Drive), the automaker "actually, legitimately had plans to produce [the IDX]," but a few reality checks stopped the Datsun 510's spiritual successor from seeing the light of day.

Nissan's first obstacle, says the engineer, was finding a place to build the IDX. Only the Tochigi, Japan plant where the 370Z, Japan-only Skyline, and GT-R are built had both the production capacity and the capability to assemble vehicles with longitudinally mounted engines and either rear- or all-wheel drive. However, prepping Tochigi for IDX production would have required training and tooling investments far in excess of what Nissan was willing to spend to produce an inexpensive car with low profit margins.

As the IDX was a tribute only to the 510 coupe, it wouldn't have its muse's mass appeal as a versatile, multi-body model, and could only contest the fixed-roof, rear-drive sport coupe segment. Yes, Toyota is currently in that segment, but it's also proved that there's barely room for one model—let alone two. Nissan also had to worry about what the entry-level IDX would do to the demand for the 370Z, which had only been on the market for a handful of years at that point.

With the question of the IDX's profitability answered with a "probably not," Nissan shut the books on the IDX. While we'd like to remind Nissan that it's not too late to pick up the sports car story where it left off, it appears that Nissan doesn't need reminding. Company officials have confirmed they're working on a new Z and GT-R, and that fans of each will have something to drool over "soon."

Kia’s all-new crossover is off to an adventurous start.