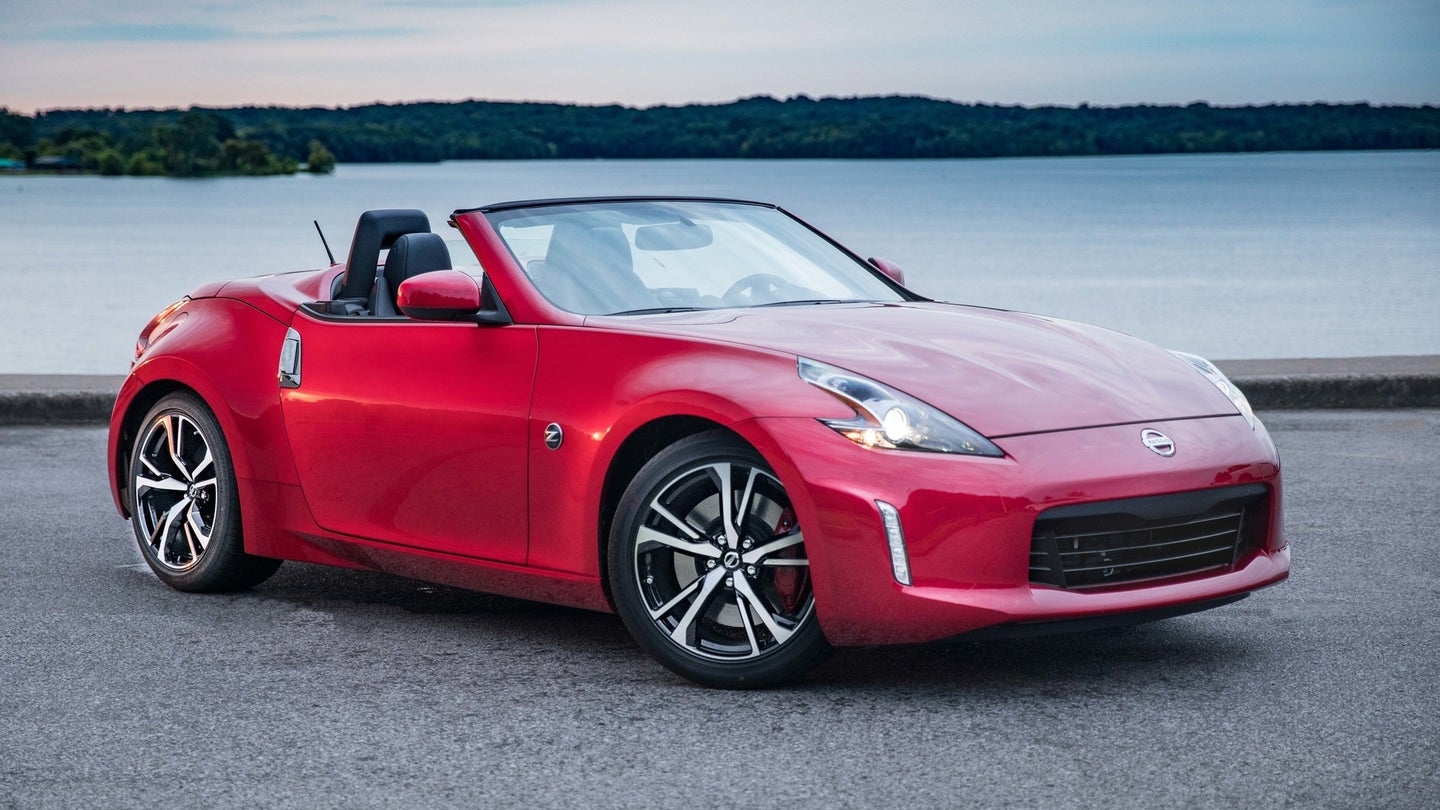 Though not surprising, Nissan has confirmed that the brand’s iconic 370Z Roadster will no longer be produced—at least not for the U.S. market. The news comes directly after Nissan’s celebration of the 50th anniversary of the Z nameplate at the New York Auto Show and could spell out what’s soon coming for the coupe.

The current generation Nissan 370Z has been around since 2010, but can trace its heritage back to the 350Z that came before it. As such, the Z nameplate has withered on the vine as other sports car makers have introduced model updates or full redesigns in the intervening decade the Z has been on sale—the 370Z has been around long enough to see both 40th- and 50th-anniversary editions. And with dwindling sales, the 370Z Roadster’s fate has been sealed for some time.

Nissan confirmed the 370Z Roadster’s death to Motor Authority, and in a statement later made to The Drive, Nissan spokesman William Mattice said, “For model year 2020, Nissan will focus on the sale of the 370Z Coupe, NISMO and 50th Anniversary Edition. We will not offer the Roadster variant for the current-generation Z beginning with model year 2020." Mattice later informed The Drive that the 370Z Roadster would still be available in Japan.

The announcement comes at a time when the future of the Z very much hangs in the balance. Nissan’s commitment to the nameplate seems genuine, but the lack of evidence of a forthcoming all-new model—something that’s only been rumored to be in the works—doesn’t give much hope to the faithful and loyal Z fans.

Ahead of the 50th-anniversary unveiling, Nissan’s vice president of global product strategy and planning Ivan Espinosa, said, "It's no secret that the Datsun 240Z started the ball rolling for Japanese sports cars in the U.S. The 370Z is a true icon for Nissan. This car has defined its segment for the past half-century. The 370Z 50th Anniversary Edition celebrates the history of the model and its racing heritage, both of which have played a vital role in helping make Nissan what it is today.”

We, however, find Espinosa’s comments hopeful that a new Z will—at some point—find its way to the people. The Z is one of the most iconic sports car nameplates and it would be a shame for it to have such an ignominious demise. If Nissan is going to kill the sports car, maybe it should make a final VR-powered 370Z as it did for last year’s SEMA show.

While the hatchback is going away, the updated Nissan Versa sedan is here to stay and it no longer looks like a third-world car.