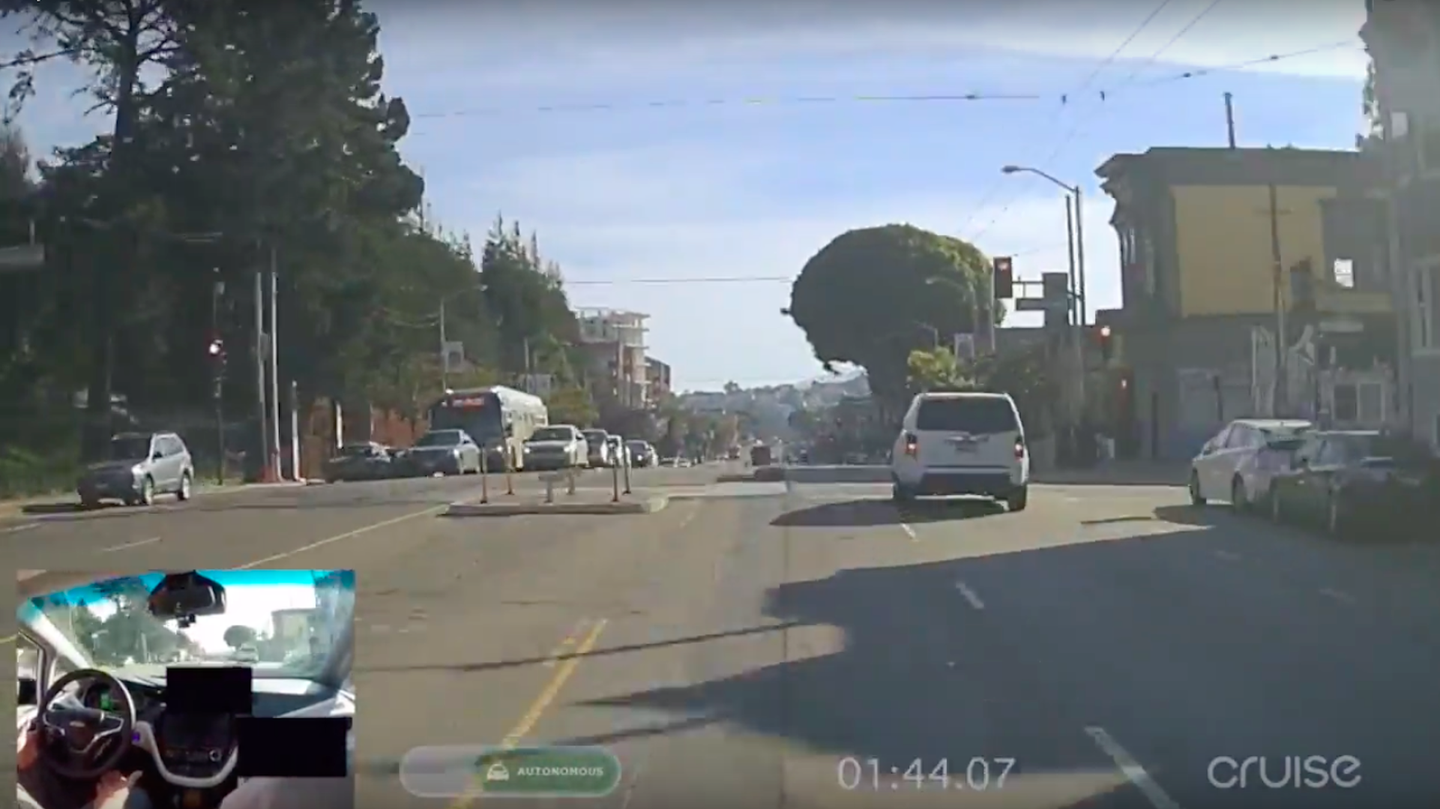 "Another day, another self-driving video from Cruise Automation," Cruise co-founder and CEO Kyler Vogt tweeted on Wednesday, as the company released its second video demonstrating the autonomous vehicle technology it's developing for ride-hailing applications. Technology, apparently, it has been testing in San Francisco for the past few months.

The latest video begins with a scheduled passenger pickup in the Potrero neighborhood on the outskirts of San Francisco, and dash cam footage shows the vehicle navigating around trucks parked in the streets, construction, and making unprotected left turns before ending with a drop off at Dolores Park.

But the real story here: Cruise employees have been testing this service using the company's proprietary autonomous ride-hailing app.

Vogt explained in an email that in the video "the operator selected a random destination using the Cruise mobile app, pushed a button, and the vehicle started moving. Rides like this occur hundreds of times per day across our test fleets," according to an article in The Verge.

Since its acquisition last year by General Motors, the start-up has been quietly refining its technology, which is expected to be integrated with ride-hailing company Lyft in 2017. Cruise Automation has received a permit to test its self-driving vehicles in California, and has submitted disengagement reports to the state's Department of Motor Vehicles. Last year's report shows that the company has steadily increased each month the number of miles driven by its fleet of 25 electric vehicles in autonomous mode while decreasing the number of disengagements.

This could mean that the Cruise Automation's technology is rapidly maturing, and could soon be reliable enough to make good on GM's plan to test its self-driving system with Lyft this year. The auto manufacturer invested $500 million in the start-up last year, and struck an agreement to lease its electric Chevrolet Bolt to Lyft drivers. It's only a matter of time until all the pieces of the mobility puzzle come together. The only question, really, is whether passengers will be summoning self-driving cars using the Cruise or Lyft app.

Time-lapse appears to show the car navigating San Francisco under its own guidance.