Lyft Drivers in San Francisco Could Get Free Chevy Bolts

Another perk to the partnership between GM and Lyft. 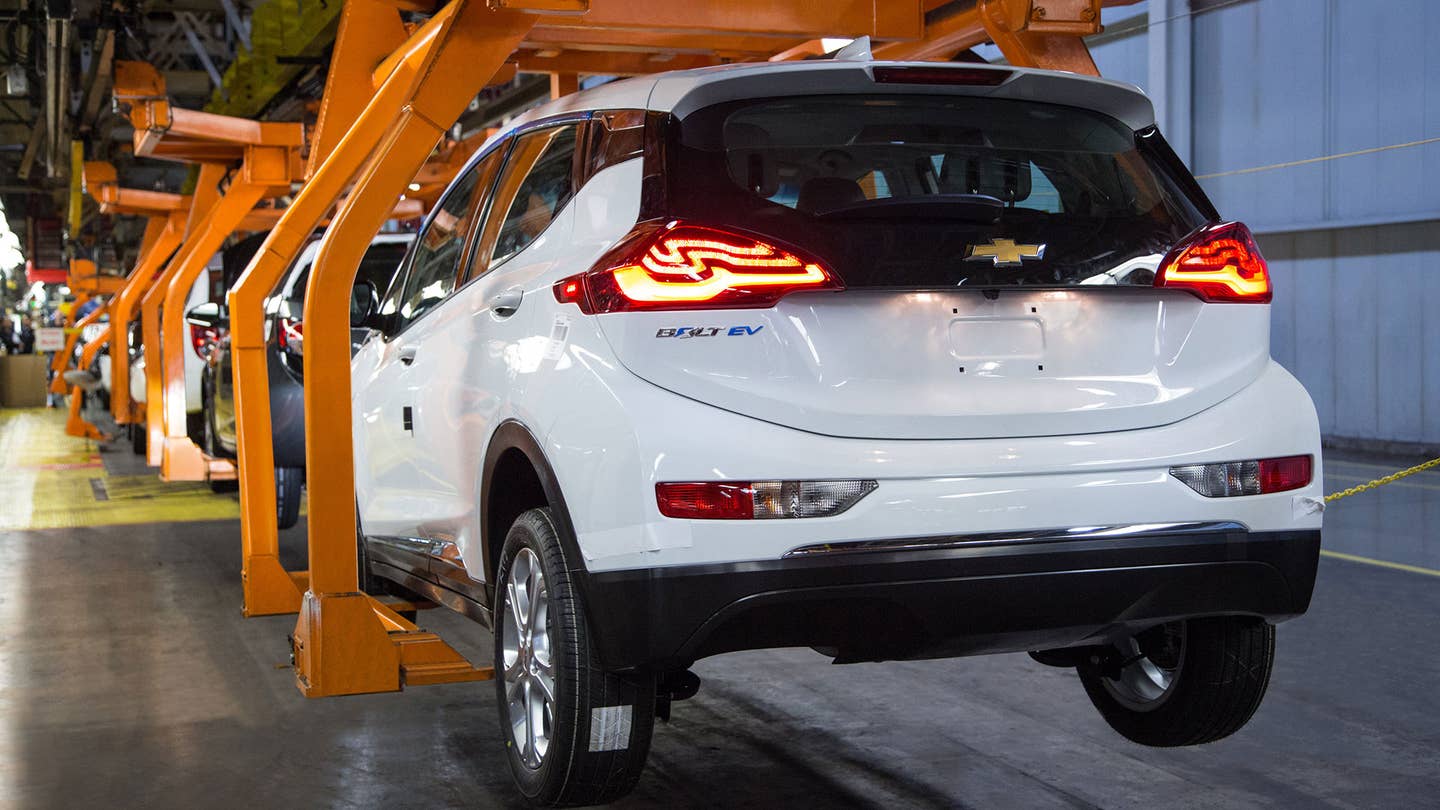 As part of the comprehensive partnership between the two companies, General Motors is giving San Francisco-area Lyft drivers access to the Chevrolet Bolt, GM's new electric car. And they're getting a sweet deal on GM's Tesla Model 3 fighter, too. Instead of having to lease or buy the cars on their own, the app'scontractors employees will soon be able to rent the cars using the automaker's Express Drive program, which also includes insurance and general vehicle maintenance.

The Express Drive program, announced in March, is an "all-inclusive rental program." It gives Lyft drivers who don't have company-approved vehicles the opportunity to pay GM directly for a car, with insurance and service fees included. The big perk, however, comes for frequent Lyft drivers; anyone who picks up more than 65 rides each week doesn't have to pay a dime for their new GM vehicle.

The service was first launched in Chicago; as the went on, Lyft expanded Express Drive to Baltimore, Boston, and Washington D.C. Now the mustachioed ride-hailing company is pushing the program into San Francisco, complete with one of the General's most anticipated new cars: the battery-powered Chevrolet Volt.

For those who may have spaced out amongst all the supercar news these days, the Chevy Bolt is a completely electric vehicle with a 200-mile range and a bunch of techie gizmos to play around with. On the inside, it has a 10.2-inch center touchscreen with Chevy's MyLink infotainment system, 4G LTE capability, a Surround Vision camera system that allows the driver to see all the way around the car, and a feature that allows owners to compare how efficiently they drive their little electricity-filled hatches. Before tax benefits, it has a starting price of $37,500—not that it matters to frequent Lyft drivers. It's also a car that some of us here atThe Drive have deeply varying opinions on.

Though GM's press release stated Express Drive would be coming to San Francisco sometime this summer, the carmaker told The Drive that Lyft drivers would not, in fact, be likely to score early access to the vehicles, as some have reported. "Bolt EVs will come into Express Drive as soon as we can get them, likely by the end of the year," a GM spokesperson said via email. The electric car is also expected to arrive at regular dealerships later this year.

In January, GM announced it would be investing $500 million into Lyft, and that the companies would be creating their own fleet of autonomous ride-hailing vehicles. The Express Drive program appears to one of the stepping stones toward that goal.