The Chevy Bolt Will Start at $29,995 After Uncle Sam’s Tax Credit

Is it still worth holding out for the Tesla Model 3? 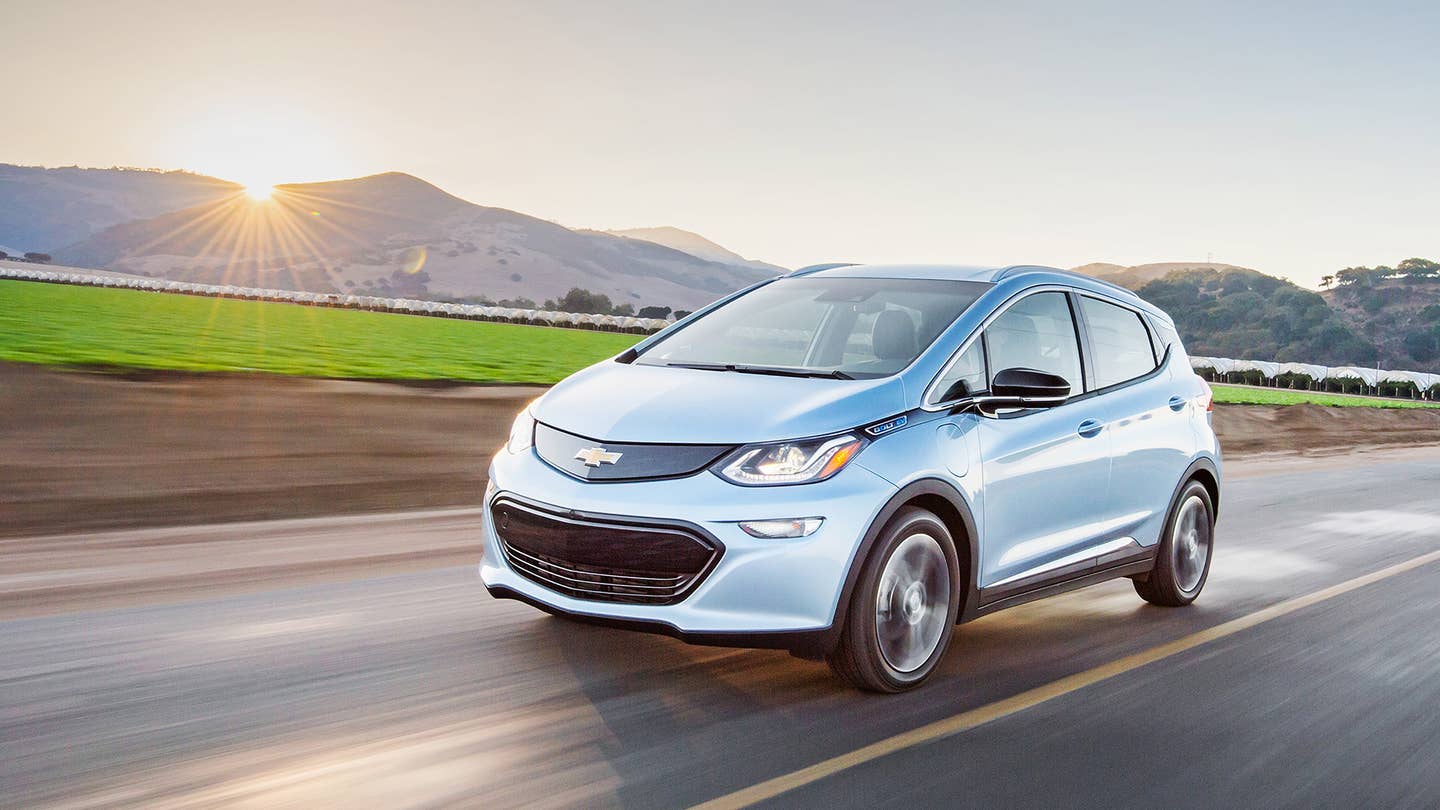 As we inch ever closer to the day that brand-spanking-new Chevrolet Bolts begin to roll off their assembly line, Chevy is working hard to keep us interested by drip-feeding us facts and figures about General Motors's new electric car. Last week, The Drive reported on the news that Chevy's Tesla Model 3 fighter will have a range of 238 miles; now, Chevrolet has revealed just how much the Bolt will cost when it goes on sale later this year.

Chevy announced Tuesday that the Bolt would officially start at $37,495,  including the destination charge. That price should come as little surprise to enthusiastic EV-watchers; since the hatchback's official debut earlier this year, GM has been claiming the Bolt would be priced around $37,500.

More importantly, that MSRP means that the federal government's $7,500 tax rebate for electric vehicle purchasers brings the Bolt's true starting price down to a mere $29,995. And on top of Uncle Sam's tax break, many states also offer their own fiscal credits for purchasing an electric car; thanks to Colorado's generous tax breaks, for example, a Bolt there could cost as little as $23,995.

Less than $30,000 for a fully-electric hatchback that can easily go more than 200 miles on a single charge doesn't sound like an awful deal to us. Especially when you consider that its main competitor—indeed, the only other electric car in that price bracket expected to have a similar driving range—is probably still at least a year from arriving in customer's driveways. Unless you're a fanatical member of the Tesla cult, we'd say it's at least worth taking a look in the Chevrolet showroom.