India-based Graviky Labs is in the business of repurposing pollution into writing materials. And now you can buy one of their pens. 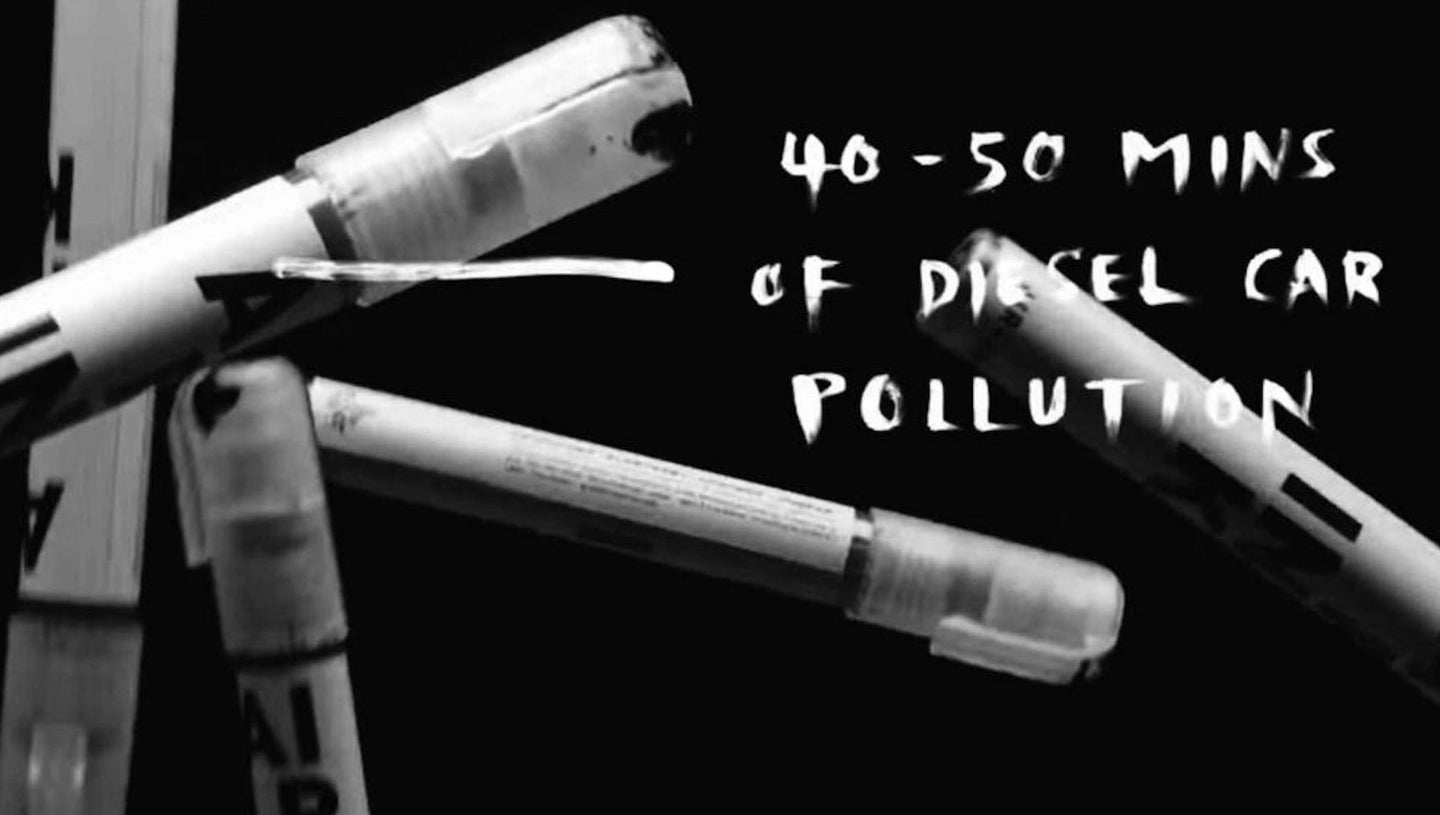 Born from a project at MIT Media Lab, Graviky Labs has found a way to turn pollution and soot created from car exhaust into ink and paint.

During a visit to Mumbai, then-MIT student Anirudh Sharma was inspired to do something about the obvious soot-filled air that plagues the city. Out of that experience came Kaalink, a device Sharma created that acts like a soot collector when it's attached to the end of an exhaust pipe. Once in place, it collects up to 95 percent of particulate matter that's created by partially unburnt fossil fuel, which normally would end up in the atmosphere, or someone's lungs. And it does this, apparently, without creating any back pressure.

From there, the Kaalink collects the soot. After around 40 minutes—the time it takes to make enough soot to fill one of Graviky Labs' pens—the device is taken off, and the reside is filtered to get rid of harmful impurities such as heavy metals, oils, and volatile organic compounds. To turn it into ink, vegetable oil is added.

It may sound simple, but the whole process has taken Sharma and a handful of other researchers more than three years to bring this idea to market. Now, though, AIR-INK pens are now for sale through a Kickstarter for Graviky Labs. You can check it out here. Also, don't worry—the ink is non-toxic.