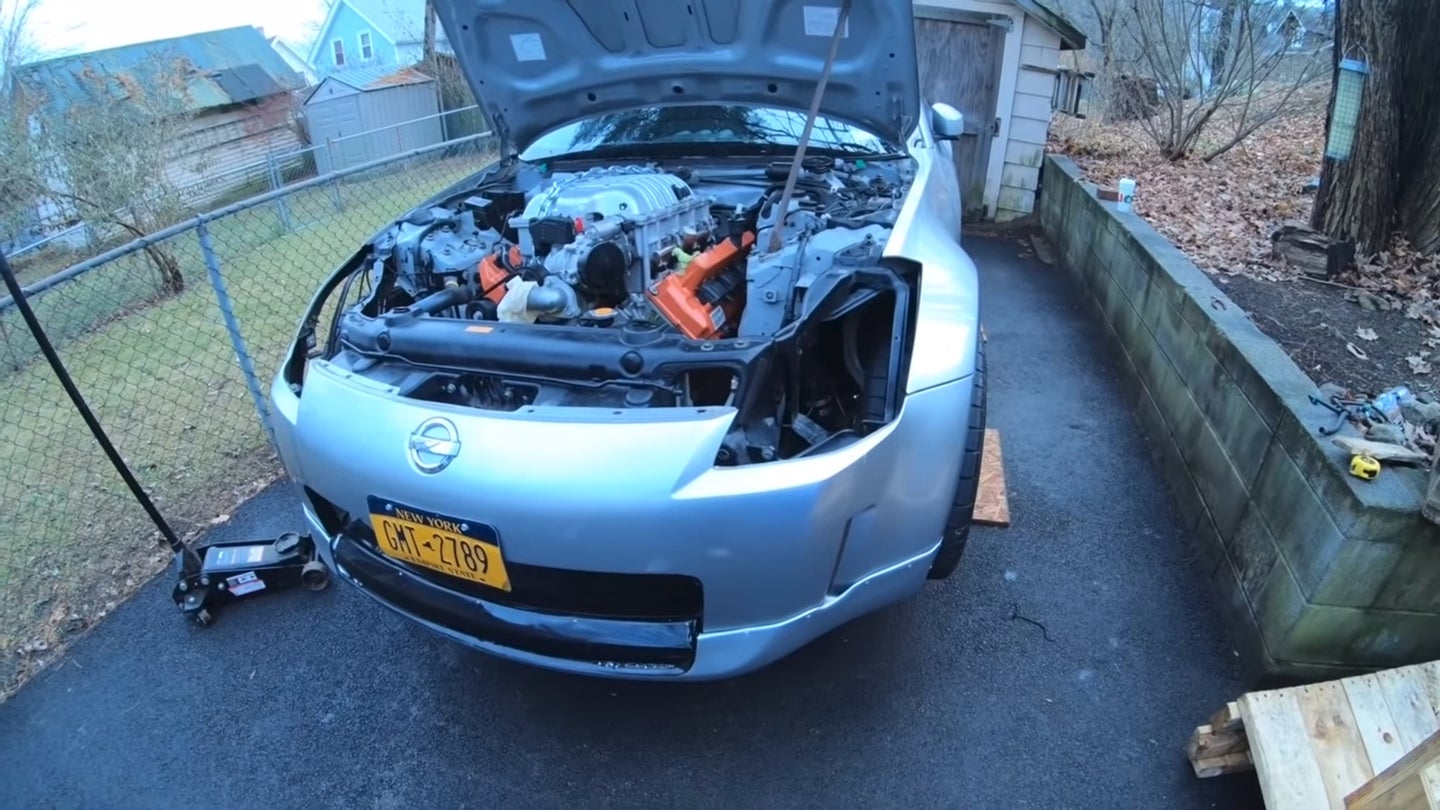 The Nissan 350Z is sort of like the middle-child of Nissan Z cars. It was significant for modernizing the Z car back in the day, sometime around the early 2000s, but these days it’s mostly seen as a poor man’s 370Z. Luckily, an FCA mechanic who happens to own one of these meh 350 Zs believes that dropping a 6.2-liter supercharged V8 directly from a Dodge Hellcat is a good way to pump some life into the old, tired Z. We agree.

The 3.5-liter V6 with 287 horsepower that originally powered the 2004 350Z we see here may have been fun once upon a time, but once the build is complete, the feisty Japanese coupe should rock, in theory, the same 707 horsepower that's found in the SRT Challenger and Charger Hellcat models.

According to the video, the build is in its early stages and the mad genius behind it is still figuring out how he’s going to stuff this massive V8 into a relatively small sports car. But that’s just the beginning, as he also needs to find a transmission that will fit into the small confines of the Z. So far the process has involved a lot of pounding on the firewall with a hammer and making a custom tunnel for the tranny. It’s a bit crude, but it just might work.

Even though the engine is fitted pretty far back and pretty far down into the bay, it’s not actually installed quite yet. It appears that he's actually got it in a really good spot and it appears that it’s going to fit, but the motor mounts and other components still need to go in. According to the footage, he can even get the stock front clip of the car back on with a tiny bit of room to spare, but we're pretty sure there’s no way the stock Z hood is going to close, so it looks like he'll be in the market for a new hood.

We’ll keep an eye on this build to see what kind of progress this horsepower-loving man accomplishes, so stay tuned.